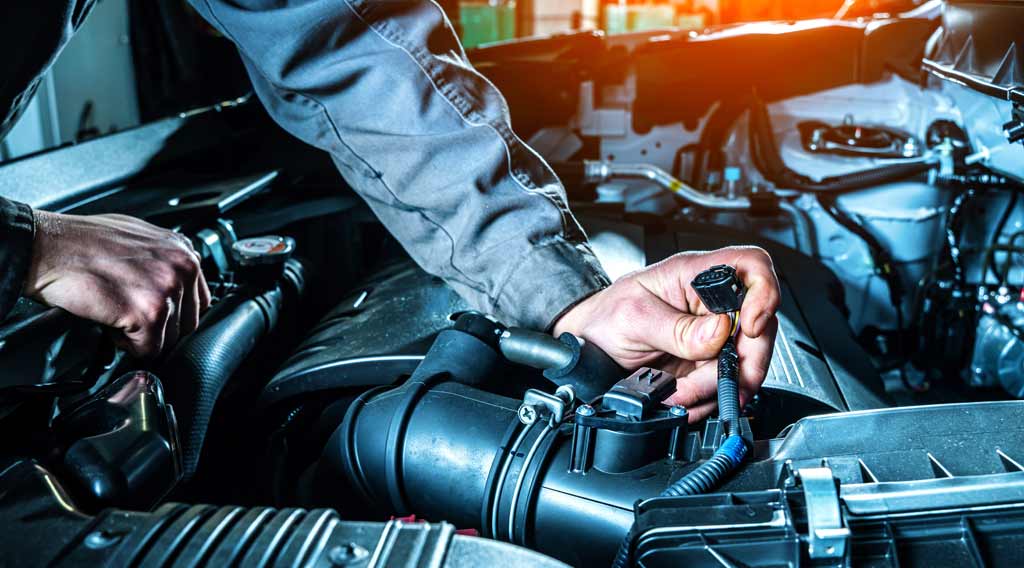 The function of mass airflow sensors in cars is to determine the amount of air that passes through the air tube of a vehicle. The purpose of this is to get the right air-fuel mixture for the engine’s optimum performance. But like other vehicle parts, the mass airflow sensor can go bad because of wear and tear or some other reason.

When the mass airflow sensor in your car goes bad, can you drive with it?

Whatever the reason for your car’s mass airflow going bad, you can still drive with it to an extent. But you won’t have the best driving experience, and your fuel economy will decrease. It’s not wise to drive with a bad mass airflow sensor, but if you have to, do so with little acceleration.

So when the mass airflow sensor goes bad, it gives inaccurate information to the ECU. The ECU, in turn, gives the wrong amount of air-fuel mixture needed for combustion.

To know more about the mass airflow sensor, how it works, and the signs that can tip you off when it is bad, keep reading!

What Is A Mass Airflow sensor?

The mass airflow sensor (MAF) is a device that measures the amount of air that travels through a car’s air intake. It measures it using a tiny wire positioned in the air stream. It has become a key component of a car’s electronic fuel injection system.

What Does a Mass Air Flow Sensor Do in a Car, Truck, or SUV?

The MAF sensor sends information on the amount of air entering the manifold to the ECU, which uses it to calculate the right air-fuel mixture needed for combustion.

The Hot Wire mass airflow sensor has an intake air temperature sensor built into it. This MAF sensor works by measuring the temperature around the hot wire.

This wire is electrically heated and close to it is the intake air temperature sensor. So when air flows into the manifold, the hot wire is heated.

The volume of air entering the engine is then estimated by the amount of current required to keep the hot wire heated.

The Vane Mass Airflow Sensor also referred to as an airflow meter, uses a potentiometer to send signals to the ECU. A spring holds the vane in the air stream and is connected to a potentiometer, which in turn interacts with the carbon track.

It measures air volume by sending a changing voltage signal to the ECU. The ECU uses the voltage to determine the right air-fuel mixture needed for combustion.

What Should The MAF Sensor Read lb/Min?

The general rule is that the MAF air flow rate at 500 rpm is 1 gram per second per liter of engine displacement.

Most cars produce between 600-1000 RPM (revolutions per minute) when idle. However, they can occasionally produce up to 1500 RPM before warming up and settling to a reasonable level.

So when an engine is idle, it should produce between 2-7 g/s of airflow through the MAF sensor. This can rise to between 15-25 g/s at 2500 rpm, depending on engine size.

The majority of manufacturers publish specifications for air flow at idle; however, some do so for a range of engine speeds. Under “Scan Tool Testing and Procedures” in ALLDATA, you can get the manufacturer’s PID value charts.

What Are The Symptoms Of A Bad Mass Airflow Sensor?

When the MAF sensor goes bad, it starts to give incorrect readings, causing the ECU to make wrong air-fuel mixture calculations. When this happens, it can cause several things to go wrong.

If you notice any of the following in your car, it could be the result of a bad MAF sensor.

So when the MAF sensor sends high air measurements in error, it causes the ECU to send high volumes of fuel into the manifold, causing your fuel to burn up faster.

The function of the MAF sensor is to measure airflow into the manifold and send the readings to the ECU. The ECU in turn uses this information to determine the fuel needed for combustion.

So when the MAF sensor is bad, it sends wrong readings to the ECU, which in turn makes a wrong estimate of the fuel needed for combustion. When the air-fuel mixture is wrong, it can cause trouble starting your engine.

When your MAF sensor is faulty, the check engine light is one of the first signs you‘ll notice.

With the ECU sending more fuel than required because of the wrong message from the MAF sensor, there will be leftover fuel in the combustion chamber.

The leftover fuel is burned, turns into black smoke, and is pushed out through the exhaust.

If you notice that your car shakes when it’s idle, it could be a sign that something has gone wrong with your MAF sensor.

How it does this is that the ECU gets the wrong low airflow measurement from the MAF sensor. As a result, the ECU sends less fuel, resulting in a higher air-to-fuel ratio. This causes the vibrations you experience when your car is idle.

In this video, you will learn 5 signs of a bad mass air flow sensor (MAF SENSOR). Watching this video will help you diagnose to see if it’s time to replace or clean your mass airflow sensor (MAF SENSOR). You will also learn the MAF sensor location on your car. You might be experiencing rough idling, poor mpg, the car not starting, or black smoke coming out of the tailpipe which is also related to a rich condition or an engine light. Some of the engine codes you might retrieve are P0100, P0101, P0102, P0103, P0104.

How To Clean Mass Airflow Sensor

At times, your MAF sensor could be faulty because it is dirty. Dirt and particles could have accumulated in it over time. Rightly, the solution is to give it a thorough cleaning. So how do you clean a MAF sensor?

Cleaning your MAF sensor is not a complicated process; follow these steps and you will achieve this in a couple of minutes.

Read More:  Car Won't Start After Spark Plug Change ( Why & How To Fix)

How To Test The MAF Sensor With A Multimeter

A digital multimeter will give you more accurate results when testing your MAF sensor. The wires that are important to this test are the Power wire, MAF Ground wire, Voltage Signal or Frequency Signal wire, and the Signal Ground wire.

There are different types of MAF sensors, and their constructs differ from each other.

Regardless of the type of sensor, when testing the MAF sensor with a multimeter, there are 3 things you need to test for.

You need to test if:

For the MAF sensor to work, it needs to get 10-12 volts from the fuse or relay when the key is in the on position.

2. Test if the sensor is getting ground

The make and model of your car determine where the MAF sensor will get ground from. It could either be from the engine or through the fuel injection computer.

3. Test if the MAF sensor is generating signals

Mass airflow sensors generate either analog or digital signals using volts or frequency. If the signal is in volts, you’ll need to use your multimeter in volt DC mode. If it’s in frequency, you’ll need a multimeter that reads Hertz (Hz) frequency.

You can follow these steps to test if the sensor is generating signals.

Can A Bad Mass Air Flow Sensor Cause Transmission Problems?

A bad MAF sensor can cause your engine to misfire, idle roughly, stall, or refuse to start.

These problems will have a significant impact on your car’s performance, but they won’t have a direct effect on the transmission. This is because the MAF sensor and the transmission are not directly connected. But it can affect it indirectly.

In automatic transmission systems, the MAF sensor feeds the ECM with the data needed for it to determine the appropriate fuel mixture and ignition timing. This gives it control over the amount of fuel and pressure delivered by the fuel injectors.

So if it causes the fuel injectors to deliver too much or too little fuel, it can cause problems with the transmission. It could cause your transmission to slip out of gear and back into it, or it could cause it to suddenly shift to another gear when driving.

Where is the MAF sensor located?

How much does it cost to replace a mass air flow sensor?

The mass airflow sensor is an essential part of your engine. It is one of the engine parts responsible for the smooth and safe operation of your car.

But just as nothing lasts forever, the MAF sensor cannot work forever. It can come down with a fault or wear out like every other engine part.

When the MAF sensor is damaged, it could cost between $250-$325 on average to replace it. This estimated cost covers both the price of the replacement part and the cost of labor.

Prices, however, could vary based on location. But the base price of a replacement MAF sensor is between $225-$250. The cost of labor depends on the repair shop you take your car to, but it doesn’t cost a lot as it’s a fairly simple process. It ranges from $50-$75.

The importance of the Mass Airflow sensor to your engine’s performance cannot be overstated. If it goes bad, it can take your driving experience from pleasurable to undesirable.

You may be able to drive with a bad MAF sensor but doing so continuously puts your engine at risk of multiple severe damages.

When you begin to notice signs that your MAF sensor has gone bad, it’s best to have it checked. Giving it a thorough cleaning may just be what brings it back to good working conditions.