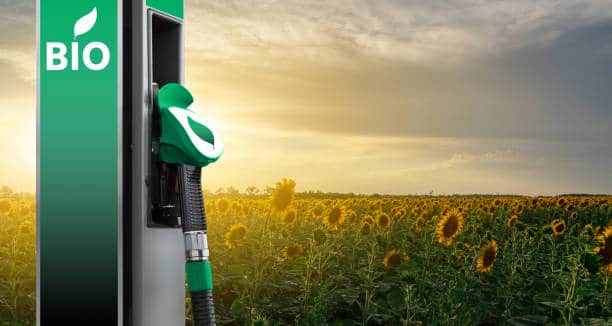 Biodiesel and diesel are two very different types of fuels, but they can be used interchangeably, with a few key caveats.

Biodiesel usually results in lower wear when it is compared to something like diesel, but there are a few downsides that biodiesel brings.

This article will try to explain the differences between the two and why biodiesel exists, and what it is used for.

Biodiesel – Will It Hurt My Engine?

The video starts off with the speaker comparing the descriptions of the two types of diesel. Normal petroleum diesel looks yellowish while biodiesel looks more like honey, about brownish-yellow in color.

This video shows an experiment made if diesel would gel up and won’t let your car run in the winter. After four hours at around negative 15 degrees, it shows the buildup of the wax that could clog up your engine.

It really does freeze and gel up in the winter, and you might experience problems when you use a diesel engine.

It is actually pretty safe to travel using diesel as it has a lot lower vapor pressure as compared to gasoline.

Additionally, it has a flashpoint of around 125 degrees celsius, so if you accidentally spill some, it would not light up even when a match is lit against it.

The video then discussed biodiesel and its characteristics. You would notice that the fuel you are using is biodiesel by the initial letter B inscribed in the fuel gallon you are injecting into your engine. It is a little different and heavier than normal diesel.

Read More:  How Long Can a Car Sit Before the Battery Dies [Explained]

In fact, it has better lubricity, less sulfur content, and a higher flashpoint. This means that it has a higher temperature threshold before it lights up and burns.

Is Biodiesel The Same As Regular Diesel?

Biodiesel is a type of fuel that is produced from animal and vegetable fats. They are somewhat similar to petroleum diesel in substance and composition.

Generally, they bring fewer pollutants to the environment.

However, B100 biofuels are not as used in the market yet. The most popular ones are B5 and B20, which correspond to the amount of biodiesel in percentage existing in the mixture of fuel.

What Is The Difference Between Diesel And Biodiesel Trucks?

The oxygen content of biodiesel is significantly lower than that of diesel fuel.

Normally, their oxygen content is around 10 to 12 percent, while diesel is around 15 to 19 percent.

Is Biodiesel Compatible With Any Diesel Engine?

The answer is yes. Biodiesel can be used in any diesel engine without any modification and can be a direct replacement for it.

There are biodiesel blends used all around the world, in diesel trucks, buses, and automobiles. Additionally, biodiesel fuels can cut overall emissions by up to 75% from diesel engines.

What Is Biodiesel Blending?

Usually, biodiesel is not used as a whole concentration. It comes to a lot of different variations on how concentrated you want your biodiesel to be.

The usual mixtures are B20 and B5, while the pure concentrated B100 biofuel is used as a blendstock for lower blends rather than for actual vehicle use.

Read More:  Is It Illegal To Drive Without A Hood? [In U.S. States]