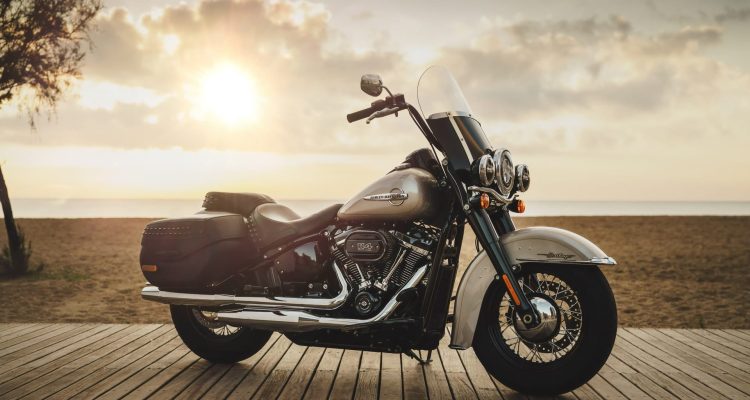 Diesel is a type of fuel that is used in cars, buses, and heavy construction vehicles.

Diesel is used by a lot of vehicles because it is cheaper and lasts longer compared to gasoline.

A Diesel Engine is required so that a vehicle can use diesel fuel.

So, the question is, why are there no motorcycles that use diesel as fuel?

In this article, we will list the reasons why there are no diesel motorcycles.

Reasons Why There Are No More Dissel Motorcycles

1. A Diesel Engine Is Heavy

The materials used to make a diesel engine are heavier, longer, and thicker compared to a gas engine.

An added weight could affect the handling and performance of a motorcycle.

According to Raceway Motorcycles, in order to get the low-end engine power delivery that diesel engines are known for, the engine itself needs to be constructed with massively oversized bores and an extended stroke length.

In order to achieve the right engine dimensions for an appropriately sized diesel motorcycle engine, the weight would be remarkably high.

The United States Marine Corps once used a custom-built Kawasaki KLR650 during their operations to other countries; this custom-built motorcycle has a diesel engine.

Some manufacturers also tried creating motorcycles that operate on diesel fuels; however, the motorcycles didn’t sell in the market. 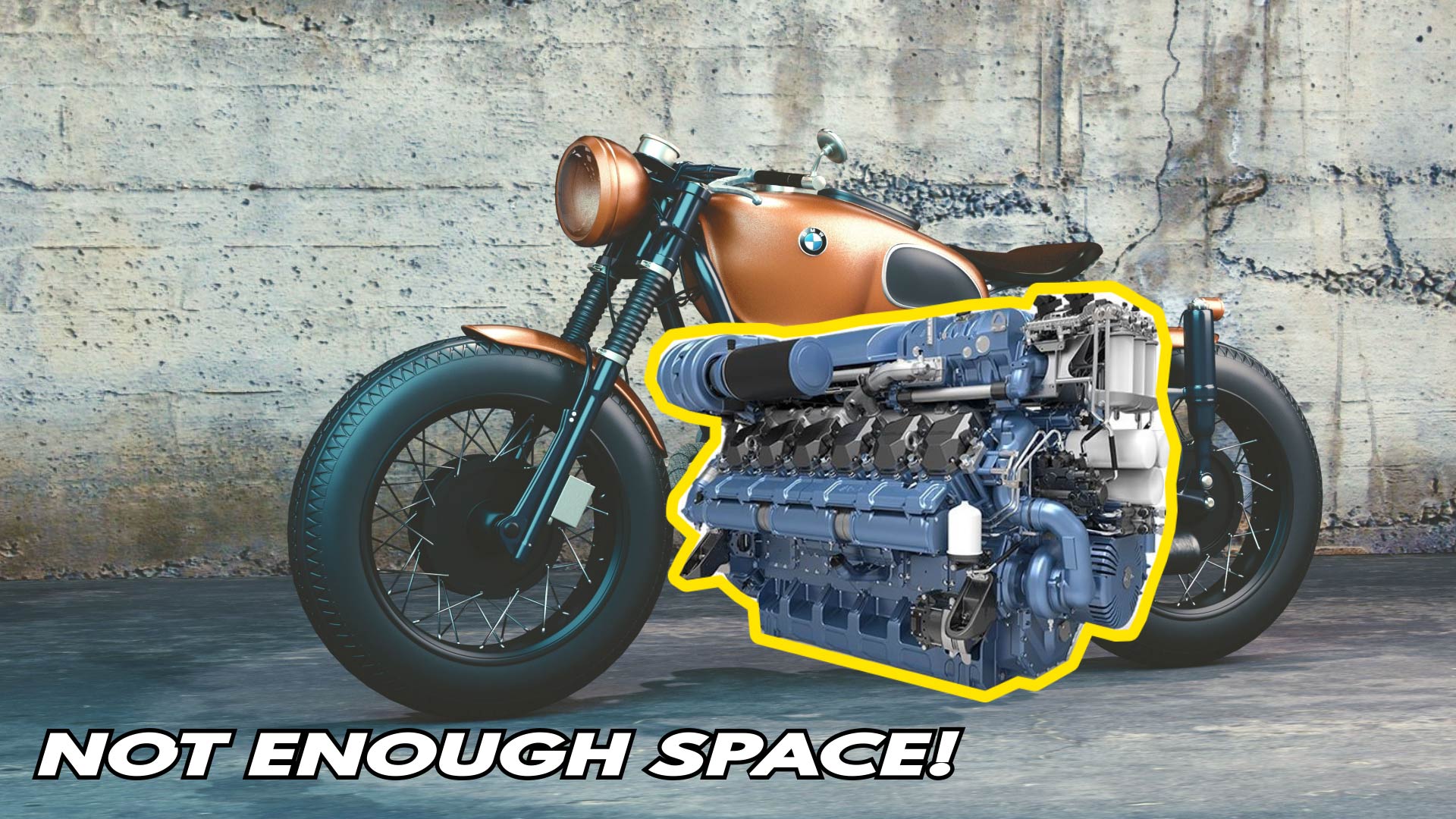 One of the main reasons why diesel is not meant for motorcycles is because the engine used to hold diesel fuel needs to be large.

A bike doesn’t have much engine space compared to cars and other heavy equipment vehicles.

Also, making a diesel engine for motorcycles will make the production more expensive.

3. Diesel Engine is Noisy and Vibrates a Lot

You might notice this while riding a bus or when you see construction vehicles.

Engines that run on diesel will vibrate more compared to petrol engines.

They are also very noisy, which makes the riding experience bad if you use diesel engines on motorcycles.

Read More:  How Many Miles Do Diesel Engines Last?

Vibration is not suitable for traveling long distances on a motorcycle, it will make your hands numb.

4. The Production Price Is Expensive

The diesel engine will require more equipment and material to be made.

Because the engine should be bigger and must handle more compression power, it needs to be built more durable.

This will add to the initial cost if manufacturers decide to sell their diesel motorcycles into the market.

Because of the engine design, a diesel engine cannot run at better speed and acceleration compared to a petrol engine.

A lot of motorcyclists buy a bike for the reason that they can go fast and accelerate quickly.

The diesel engine’s slow speed and acceleration will discourage bikers from purchasing a diesel-fuelled motorcycle.

There are minimum standards and laws about smoke emissions.

Manufacturers are already struggling to meet the emission standard on their gas motorcycles.

If they make a diesel engine for motorbikes, they might end up getting banned from manufacturing more vehicles.

This video below will explain why bikers don’t like diesel engines on their bikes. 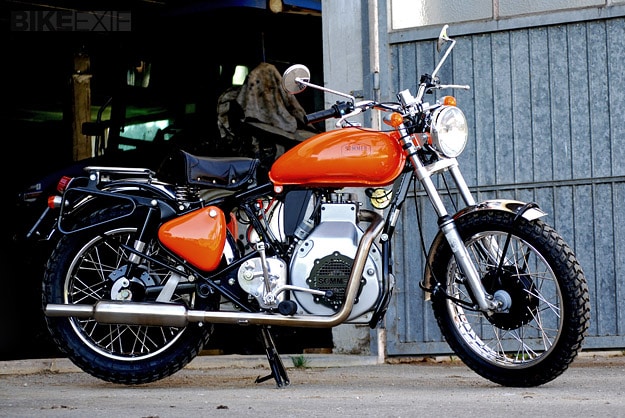 This bike was made by Sommer Motorradtechnik.

It runs on Bavarian Hatz Diesel.

According to Wikipedia, the production of this motorcycle might have been supplied by Royal Enfield of India. 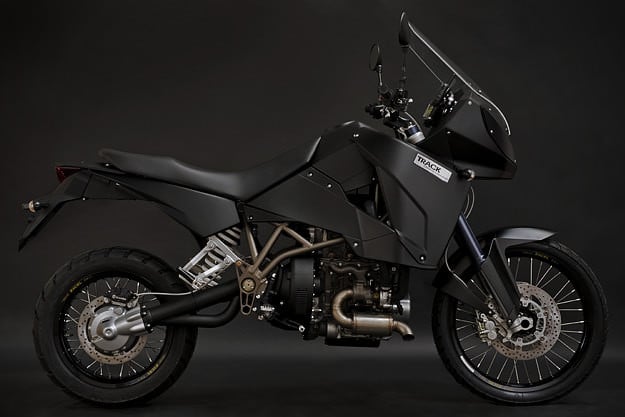 This diesel bike was made by a Dutch company Evaproducts.

Sold only in the Netherlands until the company closed. Royal Enfield was the only manufacturer that mass-produced diesel bikes during the 1980s.

The production of the Enfield Diesel Motorcycle in India was eventually stopped because of pollution laws.

According to Wikipedia, street mechanics were mounting this engine in used Bullets, like retro Royal Enfield Bikes, with the 350 cc retrofit engine.

On seeing the success of these bikes; Royal Enfield started manufacturing Bullets with the diesel engine and named them the Taurus.

The Taurus was available with an electric starter in 1993. The engine on this bike was developed at Cranfield University.

It was then inserted as a modification to Kawasaki KLR650.

Later, it was sold to the British and NATO Military.

A civilian version of this Bike was made available in the market and was named “Bulldog”.

However, due to increased military demands, civilian production was put to a stop.

The U.S. Marine Corps is known to use this bike model during their special foreign operations. 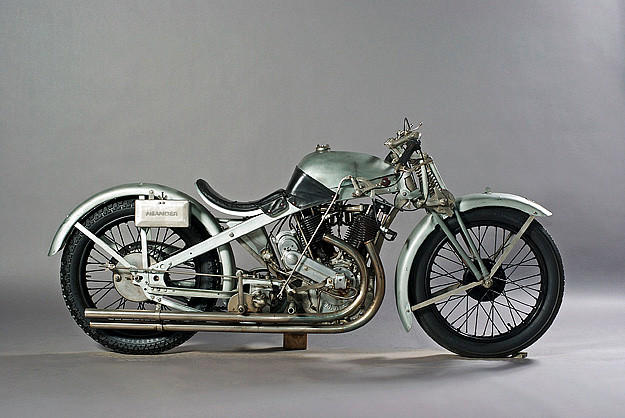 The manufacturer claims that this version of the diesel motorcycle has limited vibrations caused by the engine. 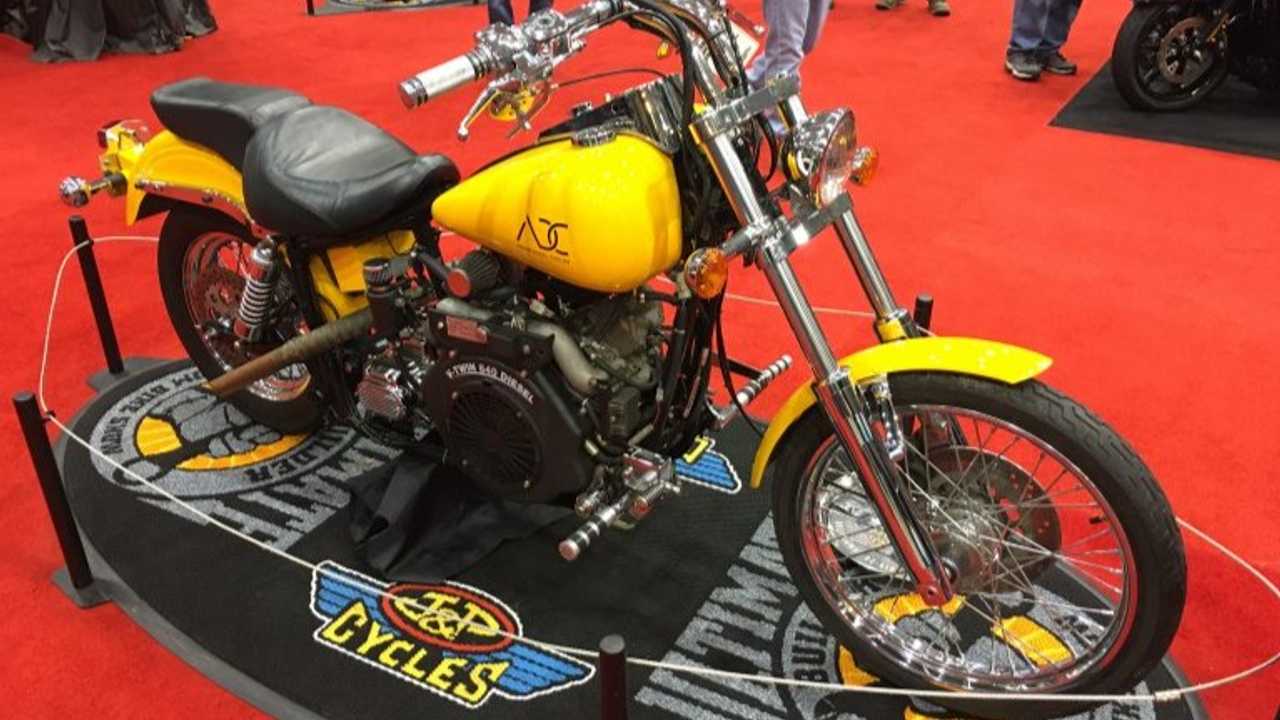 Axion Diesel is a company that displayed a prototype of a cruiser that runs on diesel.

It has an air-cooled diesel engine.

Further Explaining Why No Diesel Bikes Are In Mass Production

Motorcycle Companies/Manufacturers are always after profit.

It just happens so that diesel bikes don’t generate as much value compared to gas bikes.

It is true that having a diesel motorcycle would save a lot of gas money, however, riding a diesel bike is not fun!

Many bikers would rather pay extra on gas than actually ride on a diesel bike.

A diesel bike is not very practical when it comes to riding motorcycles.

The fun in riding motorbikes lies in the freedom, the smooth ride, the steady handling, and the quick acceleration.

It happens that having a diesel engine does not provide those benefits.

A diesel engine is not fun on a motorcycle, it’s heavy, it’s noisy, it smokes a lot, and most of all, it is slow!

Are There Going To Be Diesel Bikes In The Future?

The future of diesel motorcycles is not good. So probably, there aren’t going to be any diesel bikes in the near future.

Bike manufacturers only care about money, as long as there are no available upgrades that remove the jerkiness of diesel bikes, they will never sell diesel engine bikes on the market.

What Is Diesel Used For?

Here is a list of the vehicle with engines that uses diesel:

Diesel fuel is one of the biggest driving factors for the development of a country.

Without diesel, we can say that most countries would probably go bankrupt.

Diesel is needed for the vehicles and equipment which we use to improve our economy.

In the United States, diesel powers most of the farm and construction equipment.

The construction of infrastructures, roads, and buildings relies upon diesel and diesel-powered engines.

Lifting heavy beams to construct a building requires a lift powered by diesel.

Trains that give people transportation so they can go to work also depend on diesel.

According to the U.S Energy Information Administration, Diesel fuel is also used in diesel engine generators to generate electricity.

Most remote villages in Alaska use diesel generators as the primary source of electricity.

Diesel actually got its name from the man who invented the first diesel engine.

He is Rudolf Diesel, he designed the engine in order to use coal as fuel.

He was born in France and started his career as a refrigerator engineer.

According to the U.S. Energy Information Administration, Diesel was also a well-respected thermal engineer and a social theorist.

If you need more information about his biography, click here.

Why Is Diesel Cheap?

In some countries, diesel is cheaper than gasoline.

This is all a matter of supply and demand.

Some countries need to export diesel because they cannot produce it on their own soil, therefore making it more expensive.

Another reason why diesel is generally cheaper compared to gasoline is that the distillation process for diesel is easier.

Diesel is much more easily extracted from crude oil compared to gas which has to go through many distillation and filtration processes.

One Reddit user explains why diesel is expensive in North America.

He states that most U.S refineries are focused on producing gasoline over diesel.

Compare to Europe, most refineries instead have hydro-crackers that instead break down long hydrocarbon chains into components for diesel.

Does a Diesel Engine Last Long?

Yes, Diesel Engines are known to last longer compared to other gas engines.

This is because the movements inside the engine are slower compared to a gas engine.

Slower movement or rev will result in lesser stress, so the engine has a longer lifespan