Cigarette lighters seemed like that one feature all automakers agreed on providing to users even though the majority would not use them. That is why you may have noticed that people with vehicles with cigarette lighters would use them to charge their devices and other uses. Nevertheless, do cars still have cigarette lighters?

Yes. Automakers still provide cigarette lighters and ashtrays as part of the car. However, not all models come with this feature. Actually, there has been a steady decline in the number of cars that now feature cigarette lighters.

Seeing fewer vehicles with cigarette lighters does not come as a surprise. Most of them now have accessory sockets, as it is what the current generation of drivers need in their vehicles.

It made sense to have the cigarette lighter because of how people used to smoke at the time. It seemed like an important accessory to have, and some might not have gotten a car that lacked it.

After years of use, most people did not like the idea of having a car that smelled of cigarettes. That is why more and more people have stopped using cigarette lighters. However, car manufacturers kept them as part of the vehicles until recently, when more are no longer adding them to the cars.

Here is a video with more details about cigarette lighters

Do Modern Cars Have Cigarette Lighter

You step into a modern car, and one thing that might not be on your mind is a cigarette lighter.

We have seen many manufacturers introduce more interesting accessories that have generally replaced the need for a cigarette lighter. A good example is having USB outlets for charging your device. Before, people would use adapters with cigarette lighter to charge their phones, but not anymore with such options.

Read More:  What Does The L Mean On A Gear Shift? [When to Use Low Gear In Automatic Car]

The Centers for Disease Control and Prevention or CDC has claimed that the number of smokers has reduced from 20.9% in 2005 to 12.5% in 2020. This can be enough statistics to show how people no longer need cigarette lighters.

If people are not smoking as much as they did before, what is the purpose of cigarette lighters?

Most of your car’s lighters might not necessarily be meant for lighting cigarettes but are available as a convenience. If you want to use it, then it is there. Most of them as simply used to power other devices.

Another thing is that cars right now come with power outlets in addition to cigarette lighters.

Do Modern Cars Have Ashtrays 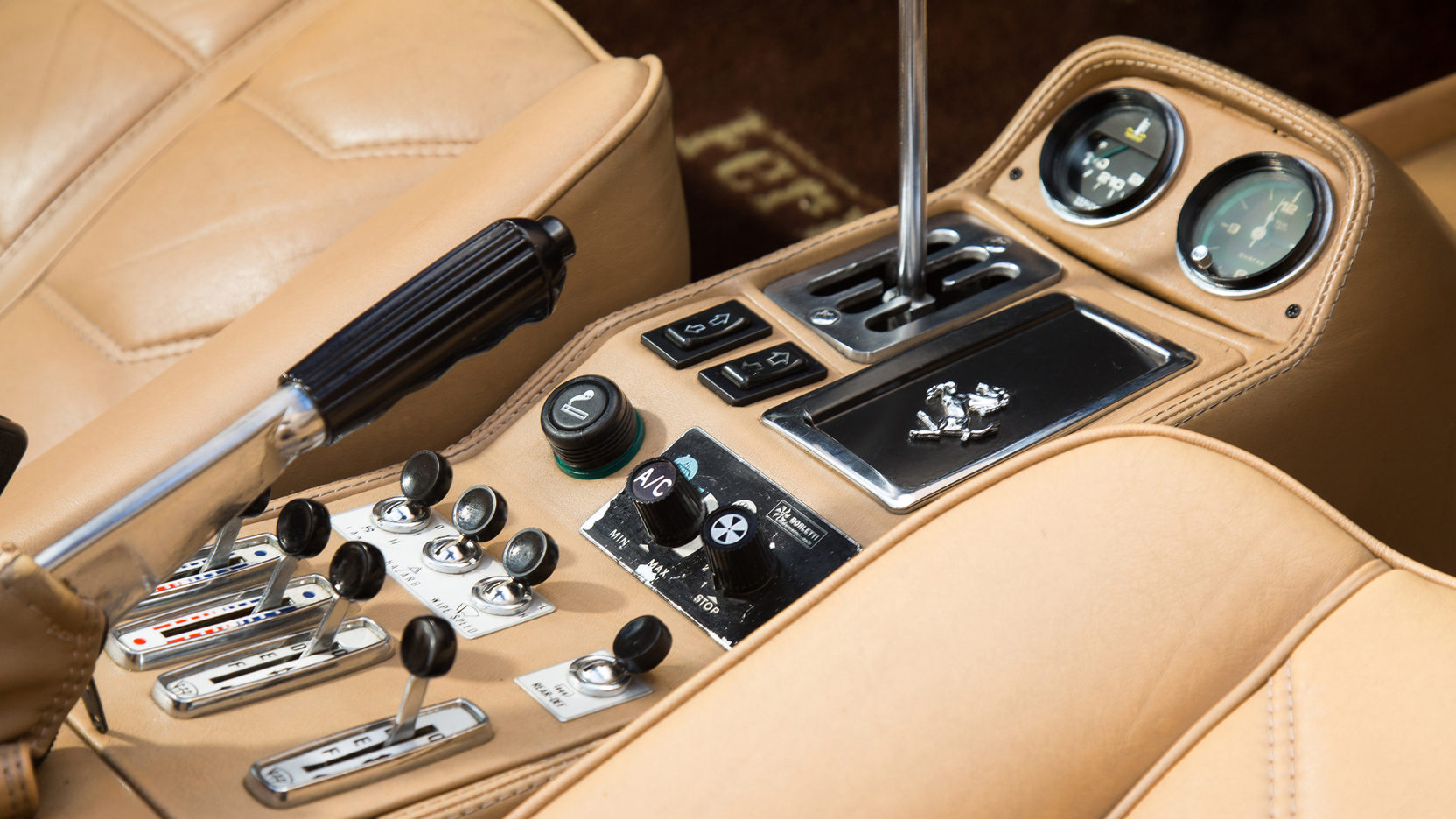 When the cigarette lighters get eliminated, then expect the ashtrays to be eliminated too. Without the lighters, no one needs ashtrays.

So, whenever a modern car has a cigarette lighter, the chances are it will also have an ashtray.

Even with the decline in cigarette lighters and ashtrays, it is interesting to see the most luxurious vehicles having smoker packages.

The smoker packages are key for the automaker to cater to the needs of cigar smokers. That is why you can also find a Bentley with a cigarette lighter and an ashtray.

Not everyone is going to want to smoke in an expensive Bentley, but it would be nice if the company could cater to the needs of its clients. The cigarette lighter and ashtray would also be beautifully finished to suit the final look of the vehicle.

The smoker’s package, even in modern cars, is not the cheapest. Something you used to get free now costs $340 in a 2015 Bentley Continental GT.  When you look at the 2015 Porsche Cayenne, is available at no charge. So, it depends on which vehicle you are buying.

It is worth noting that many states already have laws prohibiting smoking in the car when there is a minor present. This and the preferences that people might have against smoking are what have led to the decline in the use of cigarette lighters and ashtrays.

Why is the Cigarette Lighter Still Used for Connecting Other Devices

The main reason we still connect devices to cigarette lighters is that they remained the single source of power in the car interior. That might have changed recently, but it was the only option that people got in the past.

Ashtrays and cigarette lighters were quite popular back in the 50s and 60s. It seemed like every car maker was including cigarette lighter in the vehicles all the time. However, there started to be a decline in the 90s when not so many people were interested in smoking in their vehicles.

As part of replacing the cigarette lighters, we have seen companies introducing other accessories such as;

Depending on the manufacturer, you can always get more options with your vehicle. Of course, you may have to pay extra for the add-ons.

What Can You Plug Into the Car Cigarette Lighter?

For a while now, cigarette lighters have remained the de factor power sockets in vehicles. This was until automakers started to introduce USB ports. That is why you may often find power adapters being plugged into the cigarette lighter to charge mobile devices such as phones and tablets.

Other than using the inbuilt heater in the vehicle, you can also consider using an aftermarket option. People use it for additional heating or their car heaters are broken and it is expensive replacing them.

So, get a car electric heater and plug it in the cigarette lighter port, and enjoy the warmth.

You may have to pay as much as $80 to have the defroster in the rear window repaired if it is damaged. This might not be ideal for everyone. That is why you can simply get an electric defroster and plug it into your cigarette lighter port.

Not all vehicles come with seat warmers. It would be nice to have a seat warmer, especially during the cold months.

There are a number of ways of installing seat warmers, but the easiest is to simply add a seat warmer that can be powered by the cigarette lighter port.

Sometimes you may want to clean the vehicle better and that is why you need to have a portable vacuum. You will get most modern cars having a 12V socket at the rear where you can plug in the vacuum and start cleaning. You can utilize the same with old cars that have the usual cigarette lighter. It will work the same.

As you can see, there will be many devices that can work with such an outlet. So long as it is tailored to work great with the outlet, go ahead to use it.

What is the cigarette lighter in a car actually called?

It is referred to as an automobile auxiliary power outlet. It was designed to work as an electric cigarette lighter for the longest time. However, that has changed over time to be an outlet for powering your device. This is large because the automakers were not providing additional vehicle outlets.

Does Tesla have a cigarette lighter?

Tesla cars do not have cigarette lighters. In their place, the manufacturer has included 12V outlets for charging devices. All you have to do is open the cover and insert the device with a compatible charging head.

Is It Legal to Smoke in a Car Today?

It is okay to smoke in your car without a problem. So long as you are 18 years and older, you can always smoke in your vehicle. However, smoking is prohibited when you have minors in the vehicle in some states. They include Vermont, Utah, Oregon, Maine, Louisiana, Illinois, and Arkansas.

Can You Install an Aftermarket Cigarette Lighter?

Yes, you can install aftermarket cigarette lighters. Just make sure you take the time to wire the lighter correctly. In case you are unsure of how to do it, let a professional do it for you. Consider installing other outlets too so that you have enough outlets to power the devices.

Cigarette Lighters vs. Accessory Sockets in Cars. What is the difference?

As much as people use cigarette lighter ports for charging their devices, that is not what the port was meant to do in the first place. That is why now automakers are introducing accessory sockets. These sockets will not have the coil for lighting your cigarette but can be good for powering any 12V DC electronic.

Why should you stop charging your phone & laptop in your car with a car cigarette lighter?

Since the cigarette lighter port was not meant for charging devices, it is not always recommended. The main reason is that the port can sometimes deliver inconsistent power. The sudden spikes and surges from the port are not good for your sensitive electronics such as the phone and laptop.