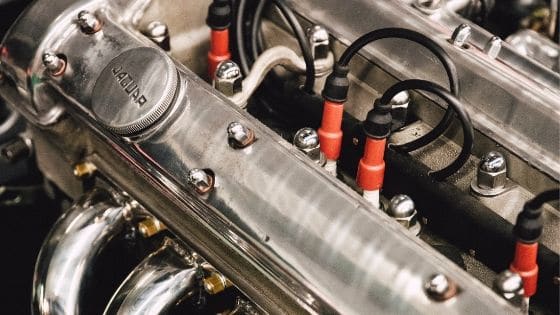 Unlike a spark plug continuously working while the engine is in use, glow plugs are only used at the start of the ignition process.

Glow plugs internally heat the system in only 5-15 seconds when an engine starts at a low temperature.

This same function is also why some diesel engines, which do not have starting system, do not have a plug.

In a video produced by AutoMate, Clint quickly explains how glow plugs operate.

Unlike spark plugs that ignite a fuel mixture in gasoline engines, diesel solely relies on the generated heat from compression. This heat came from “an intake air charge compression.”

Additionally, having an 850 degrees celsius temperature is crucial for a diesel engine to start.

So to ensure that temperature is reached even in a cold, adverse situation, starting system must inject additional heat into the engine.

But where exactly does the heat needed? It’s into the combustion chamber.

This part is where glow plugs came into play. Almost all diesel passenger vehicles that need plugs use the glow ones for additional heat.

Users claimed that glow plugs ensure a smooth start of the engine.

Read More:  How Many Spark Plugs Do A 5.7 Hemi Engine Have?

On a trivial part, glow plugs have been a long-standing go-to tool for diesel vehicles.

However, while its functions remain unchanged, the materials and constructions have constantly changed. For instance, this plug type was originally designed to inject into the system indirectly.

The current glow plugs used to be a pencil-type fitted to the cylinder head. In which the tip projects for the pre-combustion chamber.

Imagine this: at the top part of this thin metal glow plug is its shell made from zinc with resist corrosion coating.

Other parts you can find at the half part are bolt, round nut, insulation disc, o-ring seal, gasket, and plug body.

Meanwhile, the lower half consists of electrical insulation, an annular gap, a glow tube, and an insulating filling.

There are also three coil types: heating, connection, and regulating. All the materials used to create a glow plug have an oxidation resistance feature that helps to withstand high temperatures.

What is a spark plug, and why can’t I use it with my diesel engine?

A spark plug is an engine part that fits into the cylinder head inside a combustion chamber. It helps spark ignition in the engine to keep it running.

Spark plugs are only appropriate with engines using gasoline.

Spark plugs are not compatible with diesel engines since they only rely on compression to raise pressure and temperature.

This process will then heat the engine, and when there’s no heat, glow plugs will resolve it.

On the other hand, spark plugs only spark the gasoline engines as it burns fuel or air to ignite the mixture. So, it could not produce enough heat for a pre-combustion diesel chamber.

Do glow plugs only work as part of the starting system of my engine?

Usually, the glow plugs will stop working once the engine is heated up upon starting.

Some diesel engines don’t even have glow plugs since their main function is to help the engine reach the desired temperature.