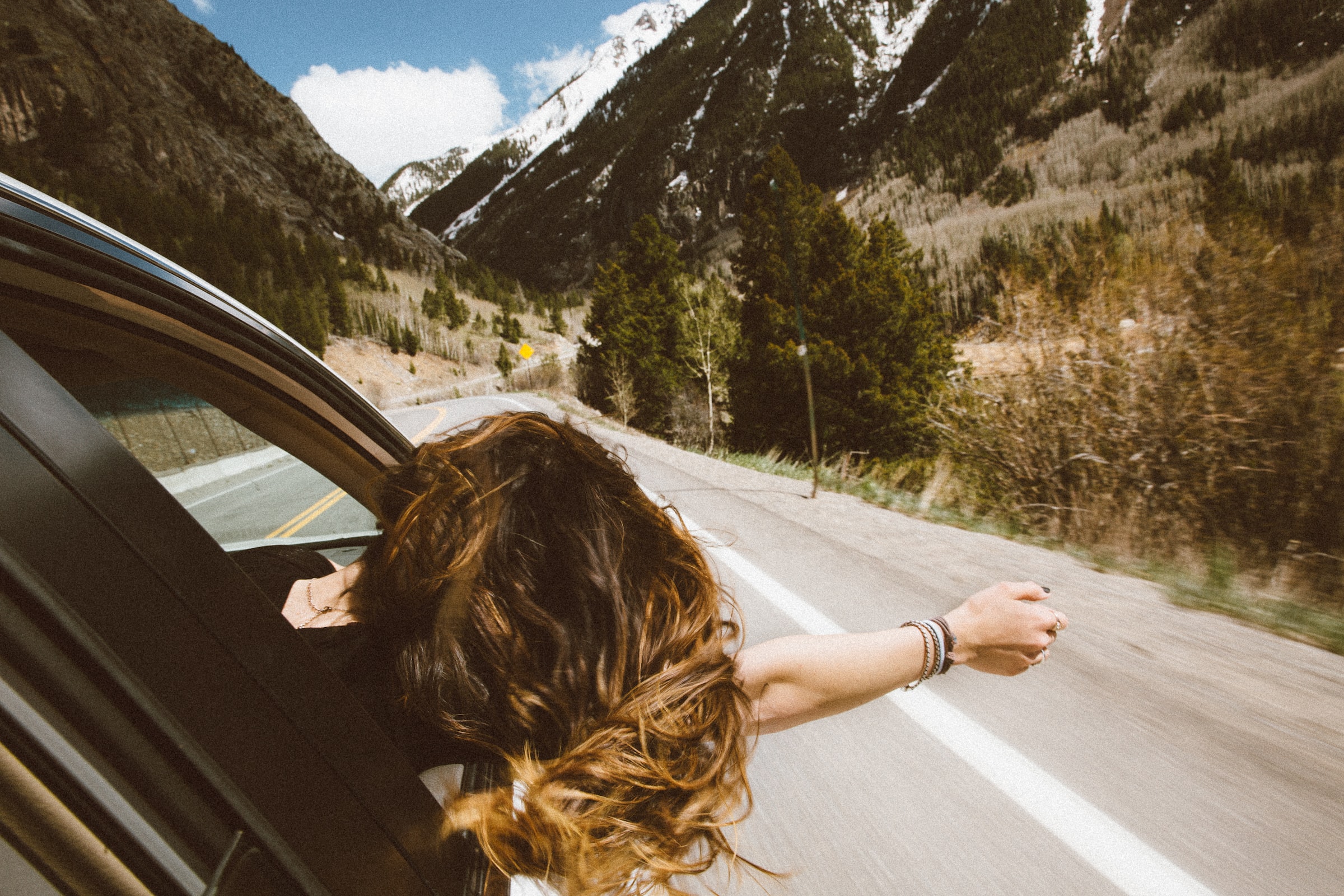 If you drive on the highway more often, it is possible you often wish for cruise control. It is a handy feature that helps you maintain a certain speed and just enjoy the drive. Most of the time, you will come across this feature in automatic cars, but do manual cars also have cruise control?

Yes. Manual cars can have cruise control just like automatic cars. However, it is still different in the sense that any sharp change in speed or gear will disengage the cruise control in the vehicle.

It seems like manual cars are continuing to be rare, but even those new ones now have better features. This includes cruise control to ensure that you can safely operate the car and have a good time on long drives.

We help you understand how cruise control works in a manual car, how to engage it, using it properly, and so much more. Continue reading to learn more below.

Cruise control is an electronic device that automakers install in your vehicle so that it can control the car’s speed. An example is when you want the car to drive at a speed of around 50mph and it will maintain this speed without you touching the accelerator.

You might be thinking to yourself, such a nice feature must have been invented recently. However, that is not the case. Cruise control has been around since 1950 when it was first patented by the inventor Ralph Teetor.

It was until nine years later that Chrysler Corporation started to use the cruise control feature as part of their luxury cars.

Right now, even some base model vehicles from different brands would have cruise control installed. This is how much it has been a convenience for people who have to use their vehicles daily.

How Does Cruise Control Work In Manual Cars?

Cruise control works just as well in manual cars as in automatic cars but with a twist. The operating principle is the same, but how you disengage is where the difference comes in.

The adaptive cruise control will only disengage when your RPMs go either too high or too low. This happens when you press the clutch or tap on the accelerator. As you can see, this will mean you no longer need cruise control.

Since it is adaptive, the cruise control will slow down your vehicle in case it detects traffic ahead. So long as the traffic is not heavy, it can still get up to speed and will not have to disengage.

However, when the RPM goes too low, then the adaptive cruise control disengages automatically and you have to take over.

Of course, you can always engage the manual car adaptive cruise control again if you need it. It might not be ideal for city traffic, but highway drives, that is where it shines.

Read More:  Can You Drive A Car With A Broken Drive Shaft [What Happens]

This type of cruise control features sensors around the vehicle to help in maintaining the speed while also keeping a safe distance between you and the car in front.

So, the system can slow down or speed up depending on the flow of traffic. Such a feature helps remove all the hustle that comes with daily driving. Some people have claimed that cruise control helps them release stress.

As much as it is a great system to keep you comfortable while driving, it might not work best for bad weather or when you have to make sudden movements. So, each time you are driving with adaptive cruise control on, make sure to still pay attention too.

Adaptive cruise control has always been fun, but now manufacturers such as Audi and Tesla are going further by creating semi-autonomous cruise control.

This cruise control works just as adaptive cruise control only that it can further assist the driver with lane guidance and steering too. So, it is more advanced and can be quite good, especially in the era of potential autonomous vehicles.

Still, as part of having cruise control, this is another type you should know about. Its job is to limit how fast the driver can accelerate while driving. So, it is a bit different from the adaptive cruise control above.

Cars already have this feature where you are capped at the maximum speed the vehicle can do. A good example is 120mph or 180mph. The aim is to discourage reckless driving.

There can still be additional limitations to speed depending on the use of the vehicle. There are some countries where public service vehicles cannot go beyond 50mph for the safety of the passengers. This is achieved by installing additional speed limiters.

Why Choose a Car With Cruise Control?

The first reason someone would choose to use cruise control is that it helps with speed control. The National Traffic Safety Administration claims that speeding crashes in 2020 led to 11,258 people dying. This is 29% of all the fatal accidents recorded in that year. So, if you can control speeding, the better.

Another potential benefit is that you can save on fuel. Cruise control would be able to control smooth acceleration and braking. As such, you no longer waste gas on hard acceleration or braking. Who would not want to save fuel?

Cruise control is good for long-distance driving on highways or roads with little to no traffic.

Maybe you have been driving for hours and you are fatigued, that is when you can let cruise control take over. This does not mean you end up sleeping while behind the wheel. Always remain alert even though your input is reduced.

Sometimes you might find yourself on the wrong side of the law because you were not paying attention to the speed limit.

Read More:  What Does Cruise Main Mean In A Car?

In a manual car, once you clutch in or accelerate, it disengages too. So, using it should not be hard for most people, and would certainly enjoy doing so.

Does Cruise Control In Manuals Affect The Engine?

Research and reviews show that cruise control will not affect the engine in a negative manner. All it does is increase and reduce speed depending on the information it receives from the sensors.

However, it might not be the smoothest for manual vehicles because of the clutch and accelerator combination. Also, when the RPMs go too low or too high, a driver has to intervene since the system will easily disengage.

Does Cruise Control Save Gas

Cruise control is able to maintain continuous speed, unlike a driver who might consider it hard to accelerate and brake all the time. Of course, other driving conditions come into play. You might not find its efficiency notable for uphill road conditions. However, you will like its efficiency on flat surfaces.

How To Use Cruise Control Properly In A Manual Car

Now that you have bought a manual car with cruise control, how do you use it properly? Here are the steps to follow.

Cruise control is fun to use, but make sure you are not using it in hazardous conditions. If the conditions are bad such as snow, simply drive the car as you would normally to avoid potential accidents.

2. Build up the speed

If there is enough traffic flow, go ahead to build up speed so that you are in the right gear for the speed you want to be cruising at. Most highways in the US have speed limits of 55mph to 75mph. So, make sure you are within the right speed limit before engaging in cruise control.

You can do additional settings such as the max speed and now let the system control the car’s speed.

4. Watch the road and steer

All you have to do now is watch the road and steer. Keep in mind adaptive cruise control does not steer the vehicle. Being attentive also lets you know when it is time to intervene and avoid an accident or make a turn.

Clutch in or accelerate if you want the cruise control to disengage in a manual car. Yes, it will disengage when the RPMs are too high or too low.

As much as cruise control might be a good feature to add to your manual transmission, it can also have some downsides too. Here are some of them;

Can you brake with cruise control?

Cruise control would mostly have additional buttons for you to control the car better. This includes setting a higher limit speed. Also, you can decelerate by using the appropriate button for reducing the cruising speed. Well, it is better to apply brakes to stop the vehicle if you have to.

Why is my cruise control light blinking?

The cruise control light can start to blink when there is a problem with some of the sensors such as the speed sensor or a fuse being blown and there is no connection detected. A proper diagnosis is needed to understand what could be the problem.

Do U-Hauls have cruise control?

How safe is cruise control?

Cruise control is generally safe. However, it depends on how well the driver would use it to ensure that you do not end up in an accident. So, even if you have activated cruise control, make sure you are attentive to the surroundings and take control where necessary.

How much does it cost to add cruise control to a manual transmission?

Yes, it is possible to add cruise control to your manual transmission. You just have to get the right cruise control aftermarket kit and have it professionally installed. It can cost an average of $200 to $350 to get one installed.