Multiple cylinders make up an engine, and they can’t all be fired at once. If it’s fired all at once, it will cause increased vibrations and generate a lot of heat. The firing order is there to prevent this from happening.

Its main purpose is to ensure power is distributed efficiently in the engine and reduce vibrations as much as possible. It’s important to get the firing order of your engine right, as it differs from car to car based on the brand and type of engine.

So, what is the right firing order for a Dodge 3.6L 6-cylinder engine?

The firing order for your Dodge 3.6 is 1-2-3-4-5-6. This means that your engine’s cylinder ignition starts at the 1st cylinder, then moves to the 2nd, and then to the 3rd cylinder. It continues from the 4th cylinder to the 5th and ends at the 6th cylinder.

This firing order is unique to the Dodge 3.6 V6 engine, and it’s important to get the order right or you may cause serious damage to your engine.

In this article, we’ll shed more light on firing orders, the Dodge 3.6, and other engine firing orders. We’ll also discuss the importance of firing orders and how to determine the firing order of different engines. Tag along!

What Is A Firing Order? 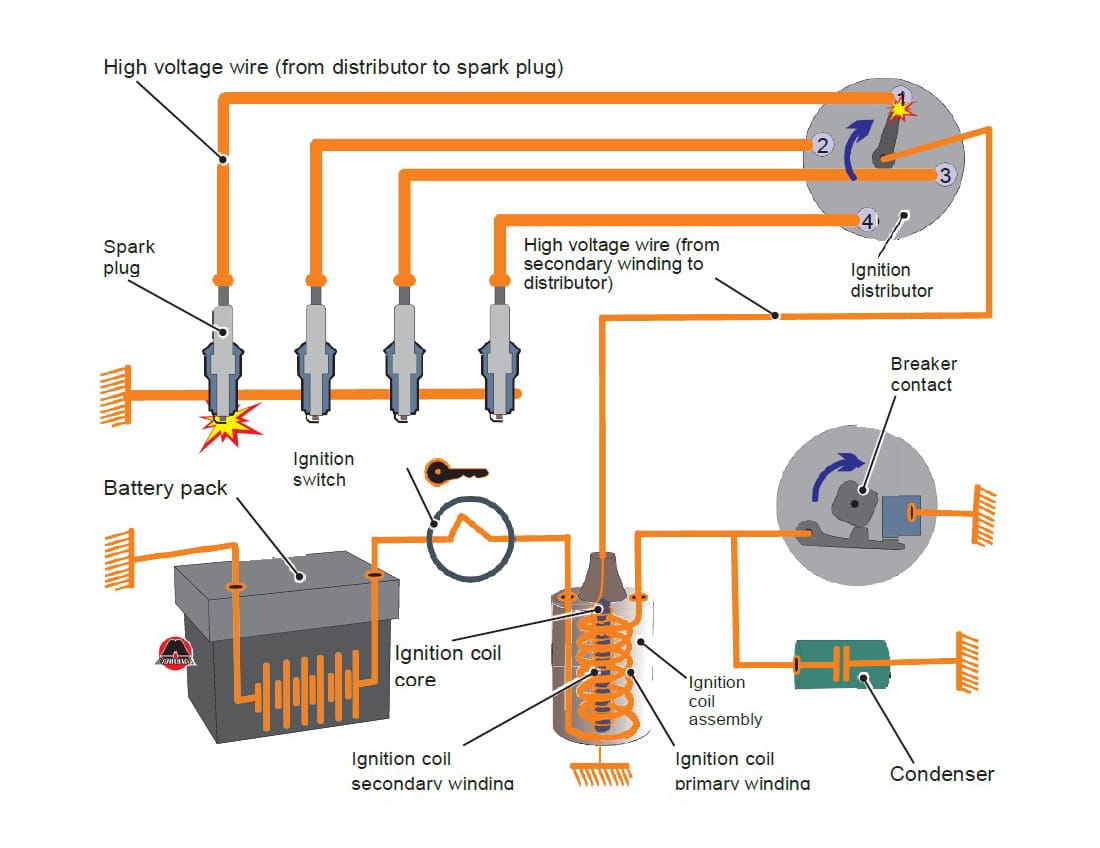 “Firing order” is the sequence of ignition for the cylinders in an internal combustion engine. It is the order in which the spark plugs are operated.

Car engines are complicated, they consist of different parts working together to move the car. For an engine to work efficiently, all parts must work in an orderly manner.

What happens in a firing order is that the piston at the top is pulled down by the crankshaft, allowing a mixture of gasoline and air to be injected. After that, the piston is forced back up the cylinder, compressing the fuel/air mixture into a small area.

The compressed fuel/air mixture is then ignited by a spark plug, which drives the piston down and turns the crankshaft. This procedure is repeated numerous times in multi-cylinder engines, giving power to the crankshaft.

The firing order is there to provide a balance in power generation and to minimize vibrations in the engine to the highest possible extent. It’s like a safety protocol that makes your engine run smoothly and efficiently.

What Is Dodge 3.6 Firing Order?

Read More:  How Much Frame Rust Is Too Much? [An In-depth Analysis]

Why Is The Firing Order Important?

An engine’s firing order is important because it ensures the engine works efficiently and smoothly. The firing order provides balance and reduces vibrations in an engine.

Missing or ignoring the firing order of your engine could cause permanent damage to it. The following are some of the reasons why an engine’s firing order is important.

How To Know The Firing Order Of An Engine

The firing order of an engine is determined by the number of cylinders in it and its design.

However, what you must know about firing orders is that engines with the same number of cylinders but from different manufacturers can’t have the same firing order. Every manufacturer has a unique way of designing its engines and it influences what the firing order will be.

This means that a 6 cylinder Dodge engine will have a different firing order from that of a 6 cylinder BMW engine.

Also, firing orders always agree with the number of cylinders in an engine. You cannot have a 4 digit firing sequence for a 6-cylinder engine.

There are 2 ways to determine the location of the number one cylinder.

How do you determine the Firing Order of an engine

Read More:  How to Ruin a Diesel Engine Without Evidence [Tremendous Impact]

The Firing Order of you Dodge engine shown clearly and simply, from the distributor cap to plug numbers, with written diagram. 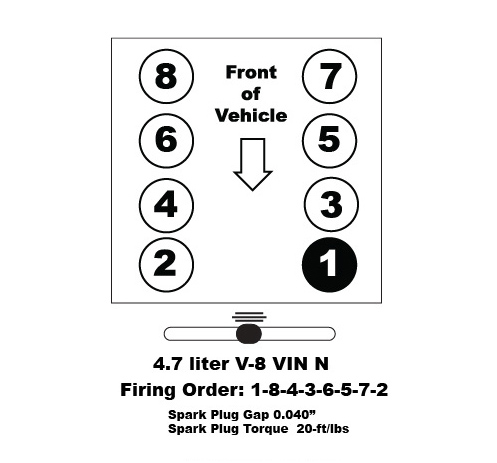 When in MDS (Multiple Displacement System) modes, cylinders 1, 4, 6, and 7 are deactivated. So there will be no firing in those cylinders and the MDS mode firing order will be 8-3-5-2.

The MDS is a form of cylinder deactivation technology used to increase fuel economy. The engine uses less gasoline when the cylinders are deactivated.

The affected cylinders’ valves must be closed, the fuel must be turned off, and turning off the ignition source for those cylinders is merely one of the necessary steps.

What Happens If You Get The Wrong Firing Order?

Getting the firing order wrong may cause your engine not to start, backfire, or run rough. This is because the timing of fuel/air compression does not align with the delivery of the spark.

Why did GM change the firing order?

The ideal firing order reduces crankshaft stress and vibration, but in the early 1950s, little was known about these phenomena, making it difficult to choose the firing order for the  Small Block without knowing all of its specifics.

In the past 20 years, advances in testing methods and computer simulation tools have greatly improved GM’s understanding of the extremely complicated loading, stress distribution, and dynamic behavior that occur in a crankshaft.

So with various tests and simulations, GM was able to determine that the firing order change to 1-8-7-2-6-5-4-3 reduces main bearing wear and stress on the crank by about 7%.

The durability of the Dodge 3.6 engine has seen it used in over ten million Chrysler, Dodge, and Jeep vehicles since 2010. The 3.5-liter V-6 engine was replaced with the Dodge 3.6P V6, also referred to as the Pentastar.

The cylinder block of the Dodge 3.6 Pentastar engine is made of high-pressure die-cast aluminum. It can resist high heat and pressure from combustion thanks to aluminum. Its cylinder block is lightweight and heats up less slowly.

The Pentastar engine is known for its fuel efficiency, lightweight design, and reduced NOx and CO emissions. However, like every other engine, it has its bane.

The Dodge 3.6 engine often comes down with the following problems:

Read More:  Why Do Spark Plugs Break Windows? [We've Got The Answer]

What is the firing order for 426 Hemi?

It has a lengthy history and is still a popular 7.0L V8 used in contemporary performance and drag cars.

Can you change the firing order?

An engine’s firing order is influenced by its design, and changing the firing order will require changing major parts of the engine.

It’s impractical to change an engine’s firing order, but it can be done by changing out the camshafts and some other components.

To change the firing order, you’ll have to remove the camshaft and crankshaft and replace them with those that have a different firing order

After this is done, you’ll need to remap the ECU to spark and ignite fuel in the order of the new crankshaft and camshafts.

Changing your firing order is not the best thing for your engine. It adds no benefits and can hinder its performance.

How do I know my firing order is wrong?

This is because the spark is supplied to the cylinder when there is no air and fuel combination or when the mixture is not appropriately compressed. In the worst-case scenario, the engine will not start after turning the key.

What is the firing order of a V6 engine?

Each slant line in the letter “V” in the V-shaped arrangement of V6 engines stands in for a cylinder. Usually, there is a 60-degree angle between the cylinders.

Your car’s firing order is essential to the efficient and smooth running of your engine. Following the right order will save you money and prevent frequent visits to the repair shop.