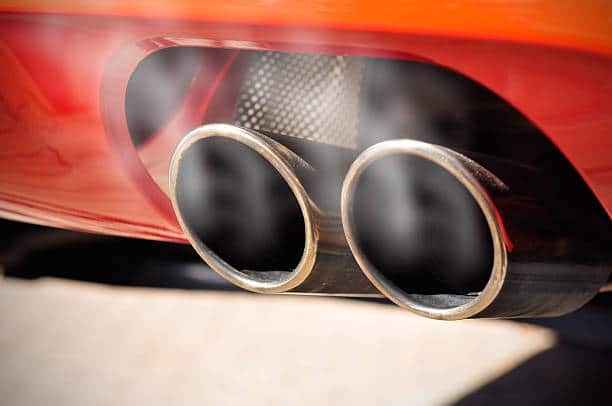 If you love having a more aggressive sound from your exhaust system, the chances are you have done a muffler delete process on your vehicle. However, is it any good for your horsepower?

Muffler delete may free up a bit of horsepower which would have been lost due to the restrictions that come with having a muffler. However, the increase in horsepower is negligible so the driver might not notice the difference.

Also, the increase in horsepower will mostly be at the top RPMs, which is not something people will do while driving their cars normally.

Having a muffler delete could also mean reduced back pressure. The reason is that now you have a wider exhaust tip. The result is that the exhaust gases are eliminated from the car faster.

Another reason for muffler deletion is maybe you are driving an older car. Think of a 20-year-old car. Having a muffler delete means that you can enhance its power slightly.

In the past, manufacturers would have made the mufflers a bit more restrictive. That is not the case right now. That is why older cars might have muffler deletes to improve the performance slightly.

Even if might it not be a muffler delete, you could also get one that has a new complete exhaust system that improves the engine performance since it would less restrictive.

Most people who are deleting the muffler are hoping to achieve an aggressive sound from their cars.

This is possible because the muffler would have resonators that help make the car quiet. Once they are removed, then the car becomes louder.

Here is a video on why you may want to try muffler deletion on your car.

At first, you may love how the car sounds each time you start it and rev the engine a bit. That is why you may get some people just doing the muffler delete to enjoy the new sound.

The problem with loud exhausts is that they get too noisy after some time. You may find yourself not wanting to drive such a car over long distances.

Also, the higher the RPMs, the louder it gets also. It might mean that your family also gets bored with it with time. Sometimes you just need a quiet drive.

You are always advised to check with your state and local laws about noise levels coming from your car.

Some states have a specific limit you cannot pass thus the reason some prefer not to delete their mufflers. The last thing you need is to be stopped by police all the time about your car’s exhaust system.

You may be wondering, but we said it increases horsepower slightly in the pros section. Take note that it was for the older cars. Modern cars are different.

When you delete a muffler in a new car, you may notice an error code in the diagnostics test. This is because the Engine Control Module thinks there is something wrong with the car and the muffler is not present.

A number of states in the United States require that cars go through emissions testing before being allowed on the road. In case you have deleted the muffler, the check engine light might come on leading to a failed test.

Read More:  How Many Miles are Tires Good For?

To have the car pass emissions tests means you have to get the muffler back onto the car. As a result, it beats the purpose of deleting it in the first place.

Costs of a Muffler Delete and How it is Determined 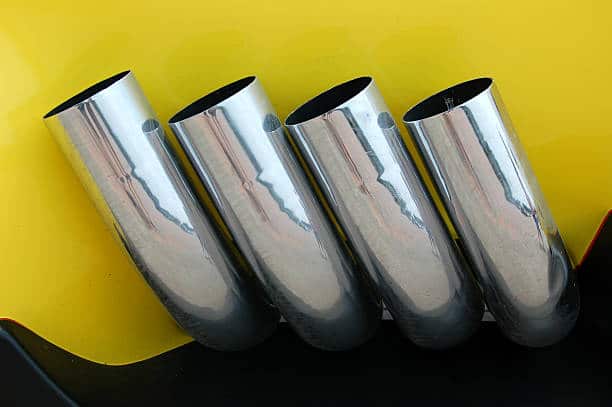 You may have to spend up to $450 on muffler deletion only. Of course, it will be cheaper if you do it yourself. However, a few things determine this cost and they include;

When you decide to remove the muffler, you should also think about how the final look of the car would be.

Normally, you have to add a tailpipe to finish the look where the muffler was. It is vital to get a good-looking tailpipe that does make the car look just as good as it sounds.

There are quite a number of options used to make tailpipes. You will mostly come across mild steel pipe as the most common material for making tailpipes. It is common as the material is affordable.

If you have more budget, you can go for stainless steel or even titanium for more longevity of the exhaust system.

The cost of labor might vary a lot depending on the shop you decide to use for the job. Nevertheless, expect to pay more when the delete is done by an exhaust shop compared to a common auto repair shop.

Here is a video on how to do a muffler delete

How long does a muffler delete take?

It can take an average of 30 minutes to 2 hours. Expect experts to have it done faster compared to a DIYer.

Read More:  Do All Teslas Have Autopilot? [Is It Really Full Self-Driving?]

It may have an effect on the fuel economy of modern cars mostly. This is because the system is no longer controlled by the car, thus it might increase fuel use. In others, it can be the opposite.

Will a muffler delete damage the engine?

This is unlikely to happen. Deleting the muffler would not have such a significant effect on the engine.

Is it worth considering a muffler delete?

It would depend on most cases. For some people, it might be worth it, but they have to live with the fact of failing tests for emissions or having to deal with the police on having such a loud exhaust system.