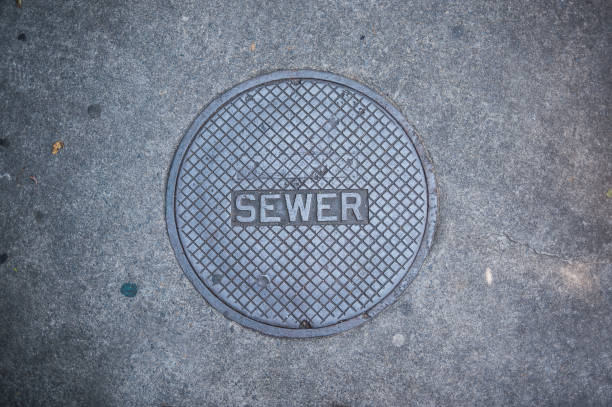 Manhole covers are a usual sight on the streets. It comes in different shapes, sizes, and load classes.

Manhole covers are constructed to be placed on the ground as access to utilities such as drainage systems and other inspection chambers.

You walk past them almost every day. Let me guide you through its facts and better appreciate its appearance.

How Heavy Is A Manhole Cover?

The standard manhole cover weighs 90 to 150 pounds. However, it can vary depending on its size, type, and the material used to make one.

As you can see in the video, aside from its weight, other specifications are mentioned. These are its shape subject to the opening of the manhole, and the load it can carry.

What Are The Different Types Of Manhole Covers?

There are three main types of manhole covers, namely:

These covers are made primarily of nodular iron. It is low-cost which makes it the most common type.

Nonetheless, its strength and impact value is almost the same as with low-carbon steel. Its resistance to corrosion and oxidation is better than steel.

It is lighter than the gray cast iron manhole covers. And it is mainly used in daily construction.

It is also considered a medium-duty solid top ductile iron manhole cover. It is also light in weight.

Read More:  How Long Do Tires Last in Storage? [Years & Do They Go Bad]

It is designed to be noticeable on the floor, usually with an anti-slip surface. It is suitable for car parks and slow-moving light traffic.

It features a tray for filling with other materials such as epoxy resin, screed, concrete, or plastic. Because of this, it can reduce the risk of slipping on the cover or just for aesthetic purposes.

Since it blends in with its surroundings, it is usually found in pedestrianized areas, hardscaped gardens, and utility rooms.

Why are manhole covers usually round?

The main reason manhole covers are round is because it is the safest shape hindering them from falling into the manhole itself. As the video mentioned, the science behind a circle is its curve of constant width.

Wherever direction the round manhole cover goes, it cannot shove into the opening. Unlike if it is a square or rectangular manhole cover; its short edge could line up with and fall into the wider part of the hole.

Moreover, round manhole covers are easily put on and removed from the floor or street. It has also less surface area, therefore, it has less material and cost for it to be made.

How to open a manhole cover?

The most practical approach is to use a manhole cover key. You just have to hook the key into the cover and lift it with your back straight and knees bent.

Other tools can help you but use them with extreme caution. These are lifting chains, crowbars, and screwdrivers.