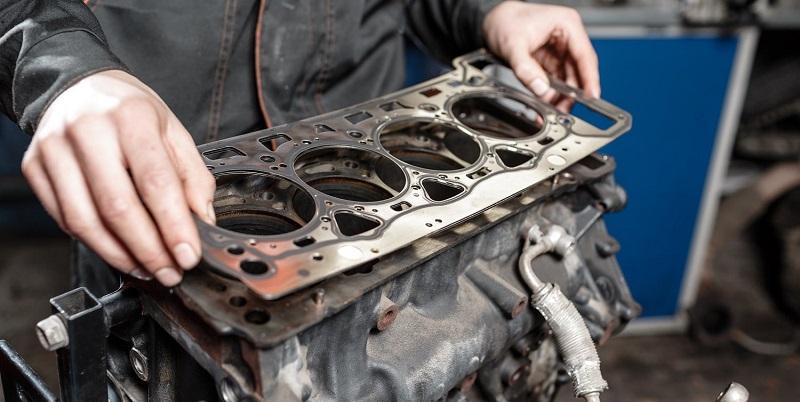 How far you can drive on a blown head gasket will mostly be based on a number of factors we shall look at in this guide. But first, what is a head gasket?

For someone who is learning about a head gasket for the first time, just know it is a gasket that is fitted between the car’s cylinder head and engine block.

Problems of Having a Blown Head Gasket

You can expect to have poor engine performance when you have coolant or oil leaking into the combustion chamber. This is because it ends up altering the air-fuel ratio. Sometimes it can lead to sensors failing.

Of course when oil and coolant mix, the oil will no longer offer the best lubrication. Without proper lubrication, you can expect to end up with total engine failure.

Having a blown gasket could lead to a coolant leak meaning the engine does not have enough coolant to keep it within the right operating range.

An overheating engine is a next thing for you. Keep driving like this and you will end up with a seized engine.

Modern cars are likely to stop or get into limp mode until the head gasket is fixed. So, rather than driving a car that might break down anytime, it is best that you also consider having it repaired first.

Read More:  How To Turn On Heater In Car? [With Video Guide]

Signs of a Blown Head Gasket 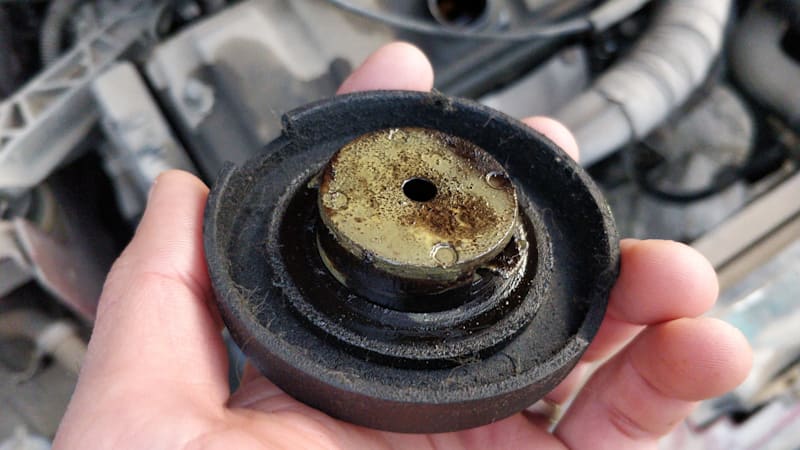 This leak would be below the exhaust or intake manifold. You are likely to notice it, even more, when the engine is all warmed up.

In severe cases, it will appear as a stream of coolant spraying out of the engine.

Losing a lot of coolant means the engine can longer cool efficiently. If you do not address the issue in good time, chances are you can damage the engine further.

When the engine keeps overheating, you may have to consider an engine rebuild.

If the coolant leak is internal, it means that the coolant would be removed from the engine via the exhaust system. The burning of coolant leaves you with a white smoke that sometimes also has a sweet smell.

Remember, white smoke when you start the engine, especially during cold mornings is fine. However, if the smoke still persists and the engine is already warm, then that is a red flag.

It is possible for the exhaust gases to enter the radiator thanks to an internal leak because of the blown gasket. The best part is that you can find a test kit for your radiator in most auto shops around the company.

If you get bubbles in the radiator, it is best to have it cleaned and also seal the head gasket.

Large internal leaks will lead to the coolant now mixing with the oil. When coolant mixes with oil, you end up with a milky white solution.

Check your dipstick or under the cap to see if you can find any possible milky solution.

Here is a quick video to consider too

How To Prevent a Blown Head Gasket

In most cases, it is possible to avoid having a blown gasket, but people tend to ignore the signs thus resulting in this problem.

Some of the reasons why you have high pressure include the engine is knocking, build-up of carbon deposits, and having failed pressure regulating systems such as those in a turbocharged engine.

Head gasket repair is not always cheap. Expect it to cost around $1000 to $2000 depending on the type of car. Other factors that might affect the cost of repair of a head gasket include;

The gasket itself would be cheap. It is the labor and expertise that would be at a premium. Not every mechanic you meet will do such a job.

Here is a video on fixing a head gasket leak

Will drive a car with a blown head gasket damage the engine?

The longer you drive such a car, the more chances of damaging the engine. This is because the engine now operates at levels where it is starved of coolant or there is the mixing of coolant and oil thus no proper lubrication.

How long can a person drive with a blown head gasket?

It is advisable that you do not do it for long. The best would be to have the car towed to an auto shop and have it repaired before driving again.

Should you replace or fix a blown head gasket?

It is not worth fixing a blown head gasket. This is because it would not provide the seal that you want.

Which is cheaper? Replacing an engine or gasket?

Regardless of the car model, it is best to replace a gasket rather than the engine. Do not let the labor for changing a gasket scare you.

Should you use additives to seal your gasket?

As much as such coolant additives might help with temporary relief, it is best if you only have the gasket replaced correctly.