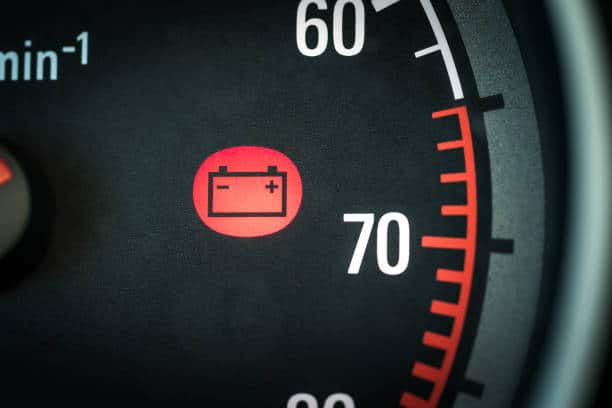 All of the gasoline cars that have been manufactured recently have a rechargeable 12-volt battery. It powers everything electrical in your vehicle.

Parts like the control computer, the radio, the ignition system, and the headlights are covered by this part. You should check it immediately if its lights are turned on.

This article aims to provide an insight into how long you can drive with the battery lights turned on. Read along to know more!

Problems Causing Your Battery Light On Your Dashboard

This video goes straight to an example of a car whose battery lights turn on whenever the engine starts.

The speaker immediately addresses that the battery is the first part you should check. Check on your battery, look for the indicator lights, and check if it is green.

Additionally, you should check if the parts connected to the battery are properly positioned around the battery.

The next major part to check is the alternator. It is the component that generates electricity for the batteries used by the different parts of the car.

So, make sure to check the alternator regularly for differences from usual.

What does the battery light mean on the dashboard?

The battery light on your car dashboard states that there is a problem with the charging of your internal car battery. When it lights up and stays on, it might mean that your alternator isn’t receiving the right amount of voltage to charge it.

Read More:  Castrol Edge VS Pennzoil Platinum: Which Is Better?

Is it the battery or is it a dead alternator?

A car with a dead battery usually would not start up or have problems starting up. If your car’s battery is dead, it might also mean that you would have dimmer headlights or a broken sound system.

On the other hand, when you have a broken alternator, it could have the effects of stalling while driving or shutting your engine off altogether.

Is it safe to drive with my battery lights on?

No. It is unethical and unsafe to drive with your battery lights on.

It’s bad because the main reason why your car has battery lights is that it warns you whenever your vehicle’s battery, or the other linked parts, is broken.

When you find your car battery lights on your dashboard, find out what is causing it and fix the problem. If you ignore it, you may lose out on battery charge.

Losing out on battery charge would mean that there would be difficulty when restarting your car.

So, if your car battery lights are flickering on and off, it would be less of a bother to check it and fix it rather than breaking down.

How Long Can You Drive With The Battery Lights On?

Afterward, it would stall and stop after a while due to its problem. Remember that it is not recommended to drive while your batteries are on as they might mean the difference between life and death.

Read More:  Can You Drive Long Distance With A Patched Tire