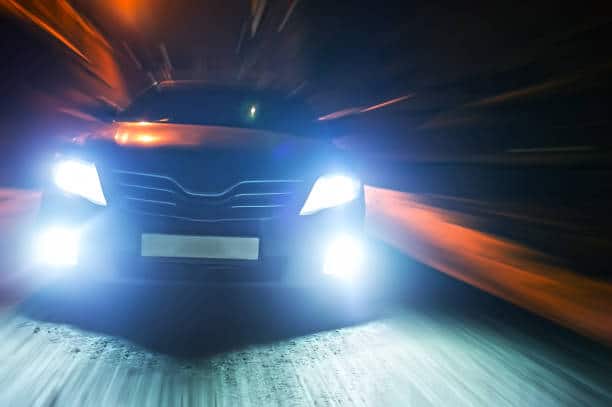 You might have wondered just how many lumens are in your headlights. Well, that is something that would vary a lot based on the type of headlights as we shall see later in the guide. However, let us start by understanding what are lumens?

Lumens can be described simply as the light output of a lamp or bulb. Others would describe it as the measure of how bright the bulb or any other light source would be.

Is There a Difference between Kelvin and Lumens?

You may also have seen in some materials where light output is associated with Kelvins too. However, what is the difference?

Expect a bulb to have a lower K rating if it produces yellow light. An increase in the color temperature also means a color that is close to the natural light. We are talking of LEDs and HIDs at this point.

Here is a video with more information

Types of Bulbs and Their Lumens Amount

There are a number of options a person gets when seeking headlights for their car. It would be nice to get one that actually helps you to see. We look at the different bulbs in the market and see how many lumens they give off.

Read More:  How Fast Can You Drive with Studded Tires? [Pros and Cons]

Sometimes you may come across a model that is designed for the high beam alone. So, such halogen lights will have an output of 1,600 lumens.

When you compare them to LEDs and HIDs, you will see that halogen lights have the lowest output. Nevertheless, such bulbs are affordable, last for a good period, and can be bright enough for an average driver.

You may also find some also calling them Xenon lights. They are lights quite popular among car enthusiasts now as they find them brighter than halogen lights.

These lights will have an average output of 3,000 lumens. As you can see, they are three times brighter making them better than the halogen bulbs.

You will also like these lights for consuming less power and still last longer than halogen bulbs.

The brightest HID lights you can get will be around 5,000 lumens. You should be now more confident on the road as you can see better.

The common range of LED headlights will be from 2,000 to 4,000 lumens. The brightness largely depends on the number of LEDs per bulb. For the performance, it should be a good thing for most drivers.

LED lights are known for being quite effective, efficient, and long-lasting. We however recommend buying from top brands only.

There are some shady manufacturers who overhype LED lights. You can sometimes get the lights having 10,000 lumens on the package. That might not always be true. Look at the wattage of the bulbs. By calculation, at times you find that such a light only has 2,080 lumens and the rest is marketing.

Halogen vs. HID vs. LED 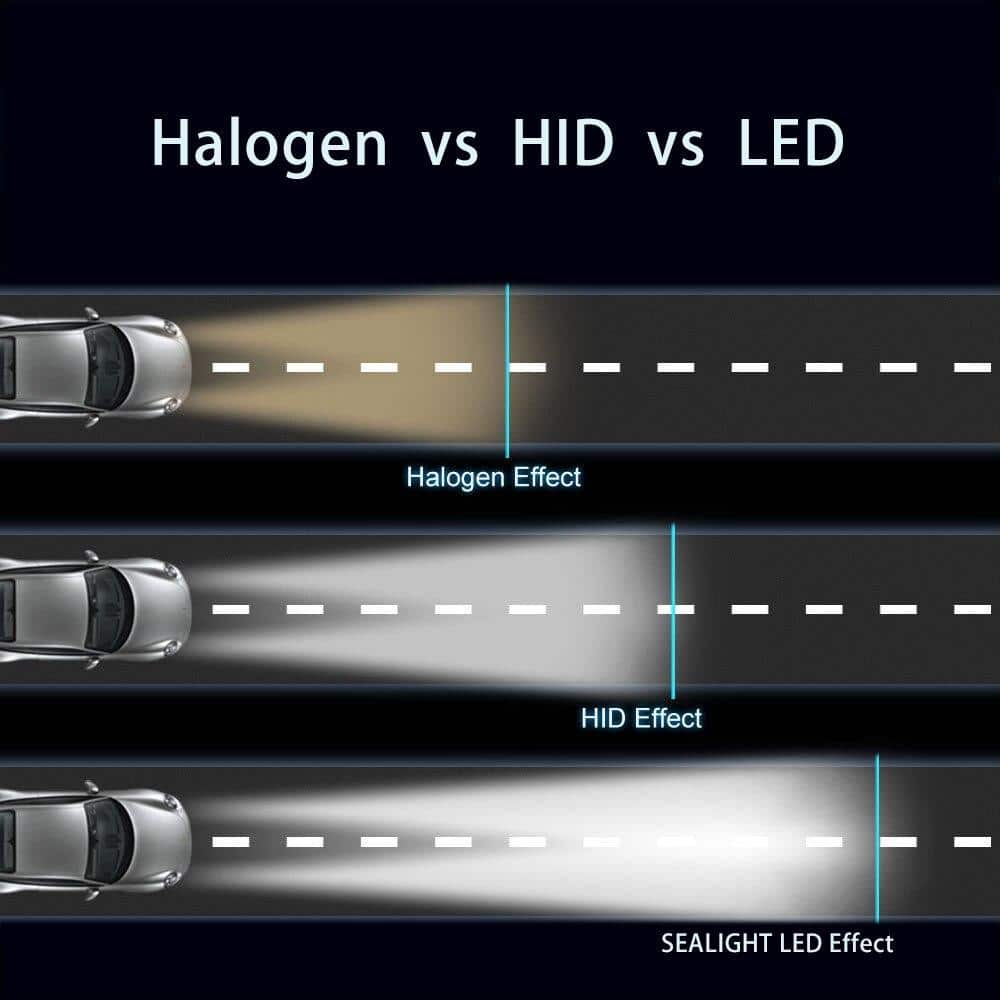 Now that you know the differences between the three, which one would you choose?

Starting with Halogen, we can see it will be the most affordable option than HID and LED. You will also easily find them in most shops, so it should be easier to have them replaced.

Halogen lights do not need additional parts to install. However, do not expect them to be the brightest. Also, they do use a lot of power and the brightness is low.

As for HID and Xenon, people find them brighter and would generally improve how you drive at night. They will also last for longer compared to halogen bulbs. So, no need to keep replacing them.

One of the drawbacks of HIDs is that they are costly. Also, you have to get a reflector housing tailored to work with such lights. That would be the only way to efficiently disperse the light.

LEDs will have similar benefits to HID lights. Comparing the two is not always easy because they have almost similar lumen ranges. It is why for the two, it might be more of a preference by the owner.

Here is an additional video with more differences between the three

How bright should the lights be legal?

At the moment, most state laws do not have an exact figure in terms of lumens for your car headlights. The general rule is that the headlights should not be too bright that the other drivers cannot drive well.

If the headlights are too bright, they may be considered a safety hazard for other road users.

Read More:  Do Cars Still Have Cigarette Lighters? [Get It Out Easily]

How many lumens do you get per car headlight?

Depending on the type of bulb, you can get 700 lumens to 4000 lumens on the higher side.

It depends on the state. Most states do not have an official figure to follow but the light should not be too bright that it is a safety hazard.

Which bulb types are the most expensive for car headlights?

How long do halogen headlights last?

They can last an average of 450 to 1000 hours depending on the driving conditions. However, they are cheap and easily available, so you should find them easily.