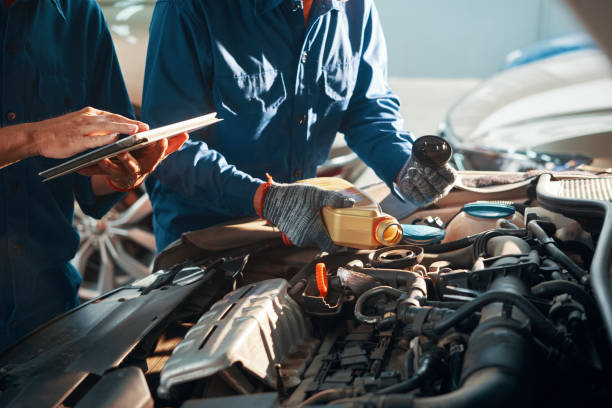 The engine oil plays a vital role in lubricating the engine’s moving parts. Without proper lubrication, friction would lead to heat build-up and subsequent damage to the engine.

That is why you should always have your engine oil at the right level to keep the engine running smoothly. Well, just how many quarts of oil would the car take?

It mostly depends on the engine size. Most engines can take an average of 5 to 8 quarts of engine oil. Of course, a smaller engine would need less amount of oil.

One thing many people need to understand is that you do not just have any oil marked “engine oil” for your car. You have to get the correct oil. So, where do you get information about the right engine oil for your car?

Each car will have a manual with such information. This is where the manufacturer guides you on which type of engine oil to use and how much to put in the car.

The manufacturer would also indicate the process to follow for changing the engine oil, making your work easier.

In case you have to make it a DIY project, here is a video on how to change engine oil.

It is no coincidence that you may have lost your car’s manual. Reach out to the official manufacturer’s website and you should get the information still.

Some car brands would have a softcopy version of the manual you can download from the website.

Alternatively, you can consult the customer care team and you will get help on how much oil to use.

You have the option of taking your car to a service center and having the oil changed by mechanics.

The service center would advise you further on the best oil to get based on your car’s manufacturer recommendations.

How to Choose the Right Engine Oil 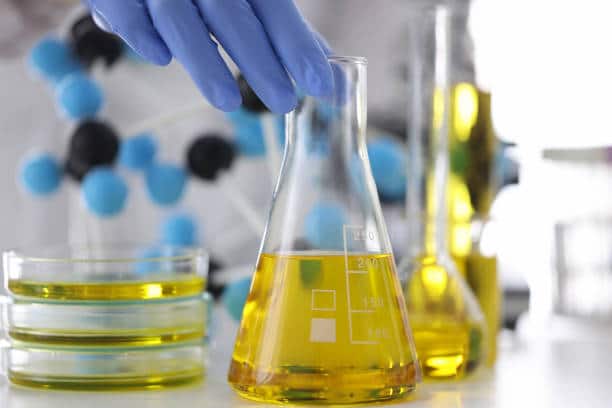 You should keep in mind the right viscosity level of the engine oil.

The viscosity level is represented by a number which is then followed by “W” and then another number.

The first number in this sequence means how the oil will flow when the temperature is 0 degrees F. The letter W means Winter.

The last two digits after the letter W mean the viscosity of the oil when measured at a temperature of 212 degrees F.

Having a lower number before W means the engine can easily turn over even during winter. So, read the manual of your car to identify the correct engine oil based on the engine type.

Car owners also need to understand the difference between synthetic and conventional oil.

Conventional oil will work just fine, but you may have to change such oil more often. That is why you may consider synthetic oil.

The recommended oil change for conventional oil is 5000 to 7,500 miles.

Synthetic oil contains special additives vital for improving its longevity. Also, the oil would flow better while at low temperatures and can still maintain its viscosity better at high temperatures.

When To Change the Engine Oil

Understanding when to change your engine oil can save you an engine. Watch out for the following symptoms;

Here is a bonus video on how you check the engine oil level in your car with a dipstick.

Can you put excess oil in the engine?

You are only supposed to fill the engine oil up to a certain level. Overfilling the engine with oil can easily create air bubbles which are not good for your engine operation.

The engine oil gets dirty fast, what is this the case?

You have a dirty oil filter. For this reason, it keeps contaminating the fresh oil you put in the engine. Make sure to change the oil filter when changing oil.

Will having low engine oil harm the engine?

Yes. Low engine oil means that your engine is at risk of increased friction which would damage the moving parts.

Should you top up or just replace oil when it is low?

It depends on the age and cleanliness of the oil. It could be that you have a leak thus the reason you are losing oil fast. As such, consider topping up and have the leak fixed. Or change the oil if it is older past the recommended oil change timeframe.

Why is engine oil coming out around the oil filter?

The chances are your oil filter seal is damaged or it is not tight. You may simply have to replace the filter to ensure the engine is operating at the right oil pressure.