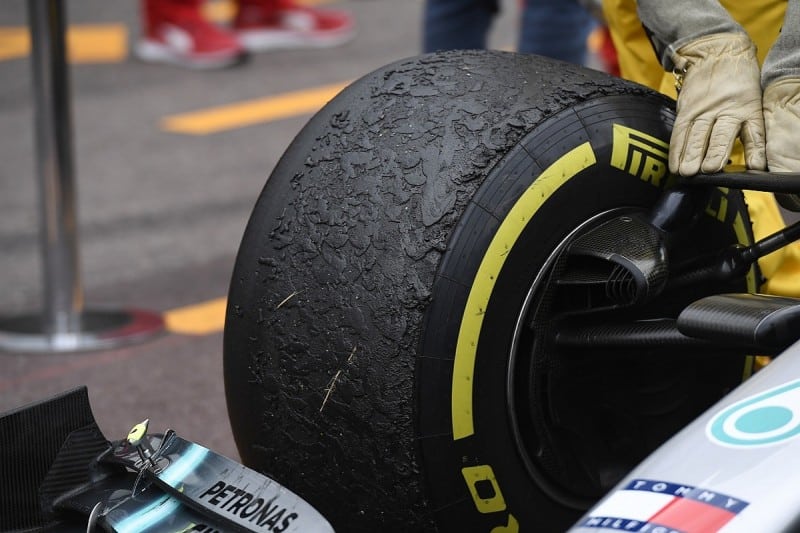 F1 is a sport that is all about precision and performance coupled together.

That is why you should definitely consider getting the right F1 tires to ensure that you can race better. Nevertheless, how much do these F1 tires cost?

Looking at different sources, we have found that getting a set of F1 tires can cost you an average of $2700.

Considering that an F1 car might use up to 13 sets of tires per event, you can expect to spend upwards of $35,000 in the end.

This amount is just for a single race. Let us assume you have to go through a season with 23 races. The cost now rises to $800,000.

That is quite a lot making it even more expensive for those who have two drivers per team.

Looking at the amount mentioned above, you are likely to feel like it is too much for you to spend only on tires.

The F1 teams do not pay the whole amount for the tires. This is because the FIA has a central contract with the tire manufacturers that help with assigning the different tires that each team needs for the race.

The FIA also controls other components of the vehicle including the type of chassis and engine that the teams can race. Since the tires help with providing grip and speed, it is important to ensure there is fair ground for all the teams.

One of the ways the FIA can control tire production is when the body finds the cars are getting too fast for the tracks.

The body would then request the tire suppliers to make their tires harder in an aim to reduce grip and ensure F1 vehicles can now corner at slower speeds.

Read More:  How Much Does A Tractor Tire Weigh [Average Weight]

The other alternative is for the FIA to recommend reducing the downforce of the vehicle.

If this is not controlled, then you can expect that the cars would be faster, but the FIA would want to create fair ground for all the teams.

Pirelli is currently the sole supplier of the F1 tires for all the events. The company has been supplying the competition since 2010 and the contract is expected to last up to 2024.

The company managed to secure such a lucrative and exclusive contract over a decade ago.

The aim was to ensure that the tires were from the same brand with the same design and construction. As always, it is all about giving the drivers equal chances in the competition.

However, this has not always been the case. There was a time FIA allowed the use of tires from different companies, but now it is only Pirelli

We can expect that such a contract might be renewed even when it expires in 2024. This is because Pirelli has managed to stick to the strict regulations offered by the FIA.

Here is a video showing how the F1 tires are made

Why F1 Teams Race with Pirelli Tires Only

The biggest reason why F1 teams only have to use the Pirelli tires is because of an existing contract between Formula One and Pirelli stating that it has to be the only supplier of tires to the competition.

Before then, Pirelli has only managed to be the tire manufacturer for a few races before it got the exclusivity contract.

It has been a long time coming since the brand last supplied tires to the F1 competition last in 1987. It has a big comeback in 2011 when it got the sole tire supplier contract that is expected to be renewed still.

It can be interesting trying to understand why would such a brand with a reputation in making long-lasting tires would decide to make tires that degrade faster. Yes, the F1 tires do not last that long.

Tire durability should not be something that worries you. That is how these tires are designed to work.

How Many Laps Would F1 Tires Last? 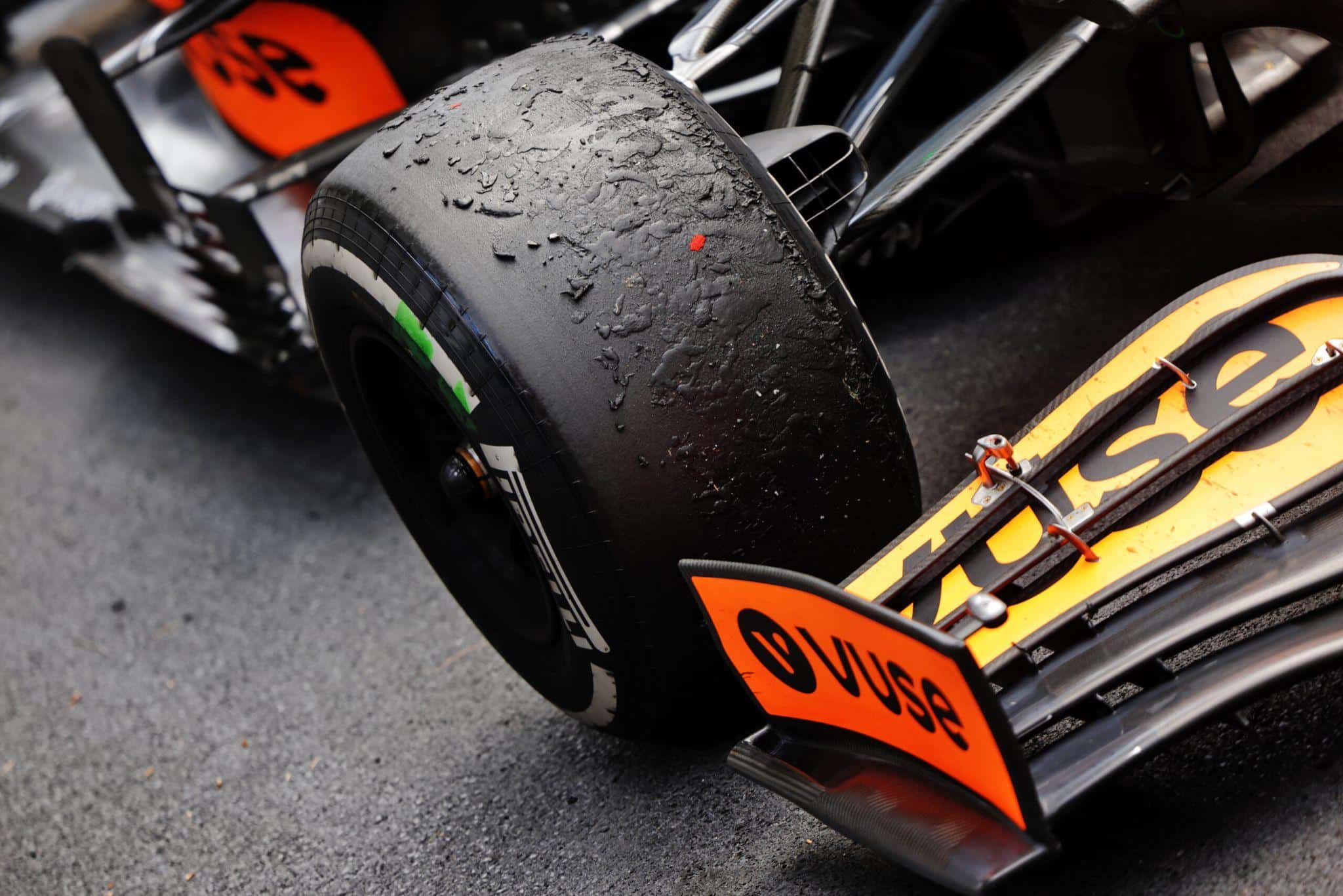 There is no doubt if you are spending that much money on F1 tires, you would also want to know how many laps such would last.

A couple of factors would largely determine the durability and longevity of the F1 tires.

The racetrack is the biggest reason the tires can wear faster or slower. The racetracks are not the same. There are some that would have a more abrasive surface, others have fast corners and other variables.

Another noticeable feature is that some racetracks might have banked corners while others have long straights. These differences are important to consider since they would affect the longevity of the race tires.

Of course, the F1 circuits would have different lengths too. However, the number of laps would not ultimately determine the tire lifespan.

This is because of the different racetrack lengths. The longest circuit is 3.5 miles while the shortest is 2 miles long in Monaco.

Also, Pirelli makes different tire compounds depending on the race track conditions. The compounds include medium, hard, and soft.

The video shares the top 5 best F1 circuits you should know about.

Pirelli tires will have several compounds for the different tires depending on the use. The tires are classified from C1 to C5. C1 will have the hardest tire compound while C5 will be the softest tire compound.

Pirelli is responsible for making the compounds that give the tires their characteristics. These tires are labeled with specific colors such as red, yellow, and white to help in identifying their uses.

A good example is when the team has to race in Spain, then they need tires that can handle the rough circuit. This means the teams would largely use the C2, C3, and C4 tires.

Read More:  How Do They Get Cars Into Shopping Malls? [We've Got The Answer]

In case the team now has to race in Monaco, then they would need tires that can handle the twisty and tight track. It is expected that the top speed would generally be lower and thus the strain on the tires would not be as much.

How do weather conditions affect the durability of F1 tires?

Weather conditions such as the temperature, wind speed, and rain would determine the durability of the tires. If the track is hot, then you end up with hotter tires which also leads to overheating.

How are the F1 tires different from normal road tires?

The biggest difference is that the F1 tires would not have treads compared to the road tires. However, the lack of tires also means more grip since there is more rubber touching the surface.

How long would the F1 tires last generally?

The F1 tires largely last for around 120 miles. The road tires on the other hand would last even 50,000 miles. This does not mean that the F1 tires are poor quality, that is just how they are supposed to work.