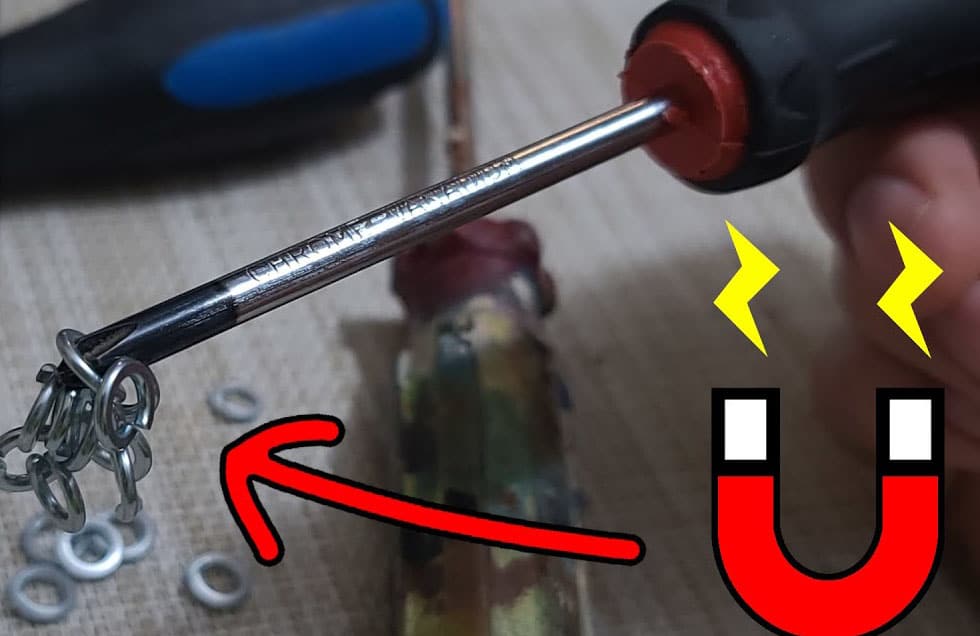 Magnetizing your screwdrivers can help you in different ways. When tightening or loosening screwdrivers, the screws you’re reducing may be lost or fall into unwanted areas.

For example, if you work in the computer industry or any tech job, you may be exposed to many screwdrivers every day. This is where the magnetized screwdrivers come in.

Magnetized screwdrivers make our lives easier. That’s why we highly recommend you magnetize your screwdrivers right now, through the steps we provide. 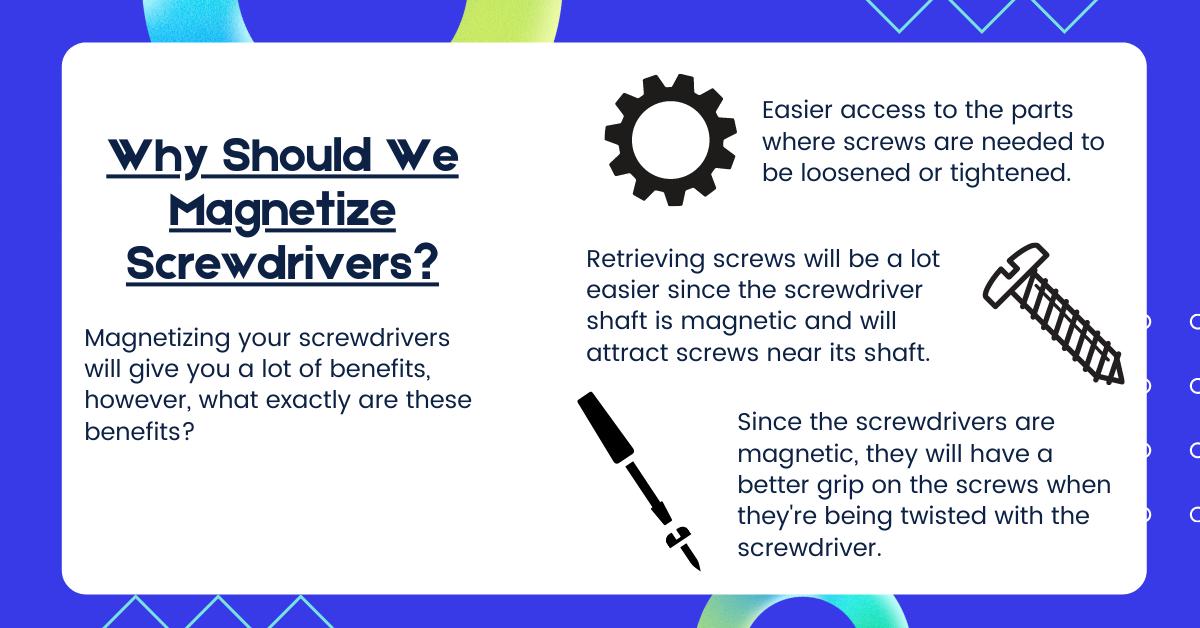 First of all, magnetized screwdrivers help people loosen tight screws easily. There are other benefits of magnetizing a screwdriver. Here are the following examples:

Why We Should Magnetize Screwdrivers

The table above shows examples of the reason why you should magnetize your screwdrivers. It’s mostly for efficiency reasons and easier access to screws and its screw heads.

How to Magnetize a Screwdriver: The Easy Way 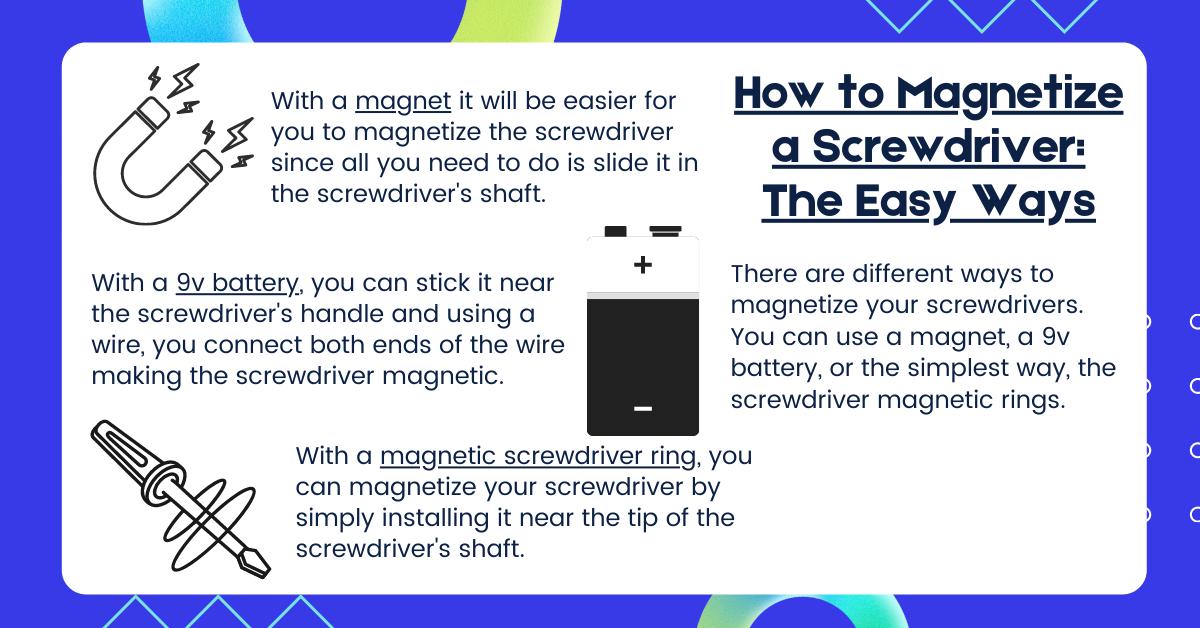 Now that you know why we should magnetize screwdrivers, it’s also essential to understand how to magnetize them.

There are many different ways to magnetize a screwdriver (if yours are not magnetized yet). There is a lot of variety when it comes to magnetizing screwdrivers. You can do it with a magnet, without a magnet, and in many other ways!

These types of screwdrivers have been popular recently and can be found even in your local hardware stores.

Here are the different ways how you can magnetize your screwdriver with the tools you may find in your homes:

According to bobvila, you can magnetize your screwdriver in four simple steps. You only need three things as well, a neodymium magnet, a screwdriver, and a cleaning cloth.

Today, they say it takes just 5 minutes to magnetize a screwdriver for quicker, more straightforward repairs and faster screw retrieval.

Step 1 – Prepare the neodymium magnet with a pulling force of ¼ pound to 1 pound.

Step 2 – With the cleaning cloth, wipe off any dirt, dust, and debris from all metal parts of the screwdriver. Dampen the rag and thoroughly clean the tool; after wiping, allow it to dry before proceeding.

Read More:  SK Tools vs. Snap-On [Is There a Difference in Quality?]

Repeat the motion several times. Swiping the magnet back in the other direction over your screwdriver’s shaft can remove the magnetism you have achieved so far. After doing it on one side of the screwdriver, please give it a quarter turn and repeat the same magnet sliding process.

Continue the quarter turn-and-stroke process about four times; the more strokes, the better magnetism and the more powerful it gets.

Step 4 – After completing the three steps, test the strength of your magnetized screwdriver. You can repeat the same process again and again if it’s losing its magnetized properties. Needing only three objects to finish the process, this is a pretty cheap and efficient way to magnetize your screwdriver.

Without a Magnet (Using a 9v Battery) 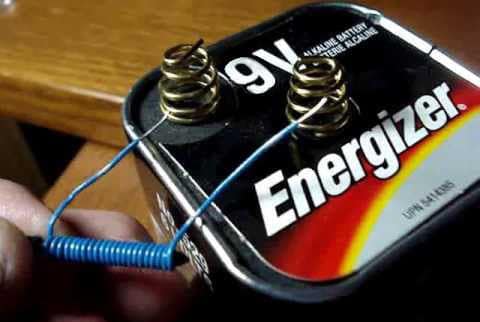 There are also options for people who don’t have a magnet in their homes, and they can use a 9v battery to magnetize their screwdrivers. A 9v battery is the most optimal battery for magnetizing a screwdriver since it’s minimal and compact for your screwdrivers.

A 9v battery is small and easy to move around because of its compact size. You can easily tape the battery to the screwdriver’s handle to make sure that your screwdriver is magnetized at all times. Follow the instructions below to know how to magnetize your screwdriver with a 9v battery:

Sometimes, screwdrivers can be messy in toolboxes. Because some toolboxes have no proper storage for screwdrivers, we have a solution for you! It’s a magnetic screwdriver holder!

Here’s a video by Boxer Tech Garage. They are featuring the Olsa Tools Screwdriver Set with a Magnetic Holder that comes with it.

They say it’s perfect if you’re trying to get the right size of the screwdriver in a way more efficient and orderly manner. 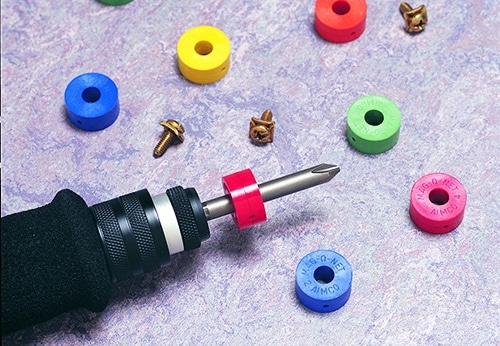 Screwdriver magnetic ways are also cheap options to magnetize your screwdrivers. You can order them online or find them at your local hardware store if it’s available to you locally.

Overall, if you don’t want to try the methods to magnetize screwdrivers (with or without a magnet), you can always opt to purchase these magnetic screwdriver rings.

Depending on the type of screwdriver magnetic ring you’re going to purchase, there’s going to be about 250-500 grams of pulling force.

Since we’re talking about screwdriver magnets, we don’t need a weighty pulling force since we’re just going to be retrieving screws.

They can be a great alternative if you don’t want to go through magnetizing it the hard way. Instead, all you need to do is purchase the magnetic rings online (range from $4 to $10 – depends on the pulling force) and install them in your screwdriver shafts. It’s as simple as that!

These can also be a great addition to your drills. This means you are buying these magnetic rings for your screwdrivers and your drills since drills need to loosen and tighten larger screws.

The magnetic rings will make the drill bits magnetic and loosen screws easier. Install it in the drill bit’s shaft like screwdrivers, and you’re good to go.

Now that you’ve made it this far in the article, you may be wondering what the best screwdrivers your money can buy are. Each screwdriver set that we feature has a unique feature that separates it from the rest.

However, all three of them are reliable based on the reviews and ratings it gets from the buyers. They are all magnetic, so you don’t need to do the magnetizing process with them since they’re already magnetized out of the box.

If you’re looking for cheap screwdriver sets that offer all sorts of screws in 1 set, then the Amartisan Magnetic Ratchet screwdriver set is the only set you’ll ever need. They provide a 34-piece multi-bit set that’s perfect and portable for tightening and loosening fasteners.

Overall, we highly recommend choosing this setting if you’re on a tight budget. This can also be favorable for people working in the tech industry since they will primarily be using the screwdriver most of the time.

The HORUSDY 44-piece magnetic screwdriver set is different from most sets because it’s mixed with different types of screwdrivers, bits, and hex keys in one set. It has accumulated over 4.5-star ratings from 1,189 ratings, which means that they’re great.

The HORUSDY screwdriver set is more suited for medium-heavy work since it comes with screwdrivers, bits, and hex keys all in one location.

The XOOL Professional Screwdriver is similar to HORUSDY because it can be used from medium-heavy duty usage. It has a heavy-duty case and is magnetic, so you don’t need to magnetize it.

To summarize everything, XOOL is an excellent screwdriver set that features a lot of screwdrivers with a wide variety of bits and extreme durability. It has a 4.5 out of 5-star rating with 2,764 ratings and still proves that it’s an effective screwdriver set for its price.

Permanently Magnetizing a Screwdriver: Is it Possible?

Yes. Permanently magnetizing a screwdriver is entirely possible as long as you follow some steps and remedies to maintain the magnetized properties in the screwdriver. A particular individual, TrollFaceTheMan, demonstrated how you could Easily Permanently Magnetize Most Screwdrivers / Tools & Utensils.

According to his video, to permanently magnetize a screwdriver or any steel utensil, grab a strong magnet, slide it off the screwdriver’s shaft about ten times, and repeat it again and again if the magnetized properties are starting to wear off.

To de-magnetize a screwdriver, all you have to do is put it right about the center of the screwdriver shaft and abruptly separate the post and the magnet; that way, it will lose all the magnetic field present in the screwdriver.

NOTE: The thicker the steel, the better or, the more robust the magnetic field it creates.

Frequently Asked Questions on How to Magnetize a Screwdriver

Is it okay to use a magnetic screwdriver on a computer?

It is okay. It’s highly recommended to use a magnetic screwdriver so that the screws you loosen will not fall into tight places in computer parts.

What is the fastest way to magnetize a screwdriver? (Screwdriver magnetic ring)

How long will a screwdriver stay magnetized?

It depends on the metal, how frequently you magnetize your screwdriver, and how thick the steel is. As long as you constantly magnetize it once in a while, you should be good to go.

How do you demagnetize a drill bit?

Are all screws magnetic?

No, most screws aren’t magnetic. That’s why it’s better to purchase magnetic screwdrivers so you can easily screw in and screw out bolts, nuts, and screws.