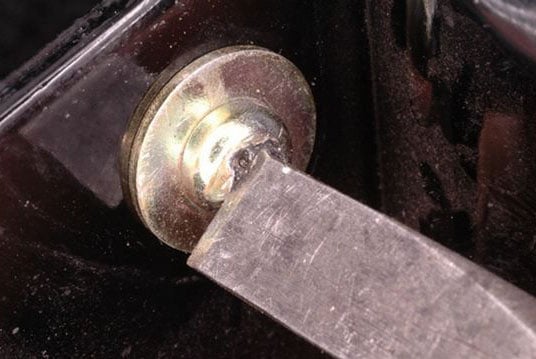 Many different jobs or tasks use screws. Maybe you’re curious about how to remove Torx security screws without a screwdriver?

If you’re one of those, understanding how to do it could come in handy.

Of course, you’ll go with the easy route and find a screwdriver. A screwdriver is a piece of necessary and valuable equipment for any repairman or mechanic.

Then again, you shouldn’t limit yourself to what you have or what you know. Naturally, some tools may be misplaced from time to time.

Regardless, the lack of a screwdriver should not prevent you from carrying on with your daily activities. To make your job easier, you can search for different information for removing security screws without using a screwdriver.

When you’re done reading this post, we’re 100% sure you’ll kiss your screwdrivers goodbye.

What is a Security Torx Screw?

We all may know something about Torx screws. You can find it in automobiles, hard disk drives, bicycle brake systems (disc brakes), computer systems, and consumer electronics.

Camcar Textron invented it in 1967. He created grooves in a six-point pattern and a pin in the recess to withstand a typical Torx bit.

But have you heard about security Torx screws?

If those words are new to you, here’s a brief definition. A security Torx screw is a security screw, or anti-tamper, tamper-proof, and anti-theft screws.

It’s also called a Security Torx, Tamper-Resistant Torx, or pin-in Torx. Some also call it a star head screw due to the six-pointed depression on the head resembling a star.

It is the most common form of security screw. The screw has an effective tamper-proof design, a wide range of sizes, and affordable cost.

The main feature of a Torx security screw is a pin in the center of its head. It makes it difficult to remove using a regular Torx driver.

Typically constructed of steel with zinc covering, screws like this are more resistant to pressure or wear. Other uses of this kind of screw are as follows:

How to Remove Security Screws Without a Screwdriver?

Having no screwdriver insight when removing security screws can be a real headache. No worries, we’ve come up with a fool-proof method to extract those pesky screws:

The first step you need to do is to prep the screw. Spray some penetrating oil on the screw’s head to make the procedure go more smoothly.

Wait for the oil to seep under the head after spraying it. The oil should lubricate the thread of the security screw so that you can extract it easily.

The next thing you need to do is to carve out the screw.

You need a nail or chisel and a hammer for this step. But the tool you’ll be using depends on the size of the screw head.

If it’s significantly larger, you can use a or chisel. On the other hand, you can utilize a small nail for much smaller screw heads.

Insert the chisel or nail into the grooves of the screw head. After it’s securely placed, start hitting it with a hammer.

Use a counter-clockwise motion to make sure the screw will move. Always keep in mind to strike it slowly and softly until you acquire enough traction to remove the screw.

After that, you move to a set of needle-nose pliers to efficiently pull the material you were removing. If it still doesn’t budge, move on to the next step.

Drill the screw out 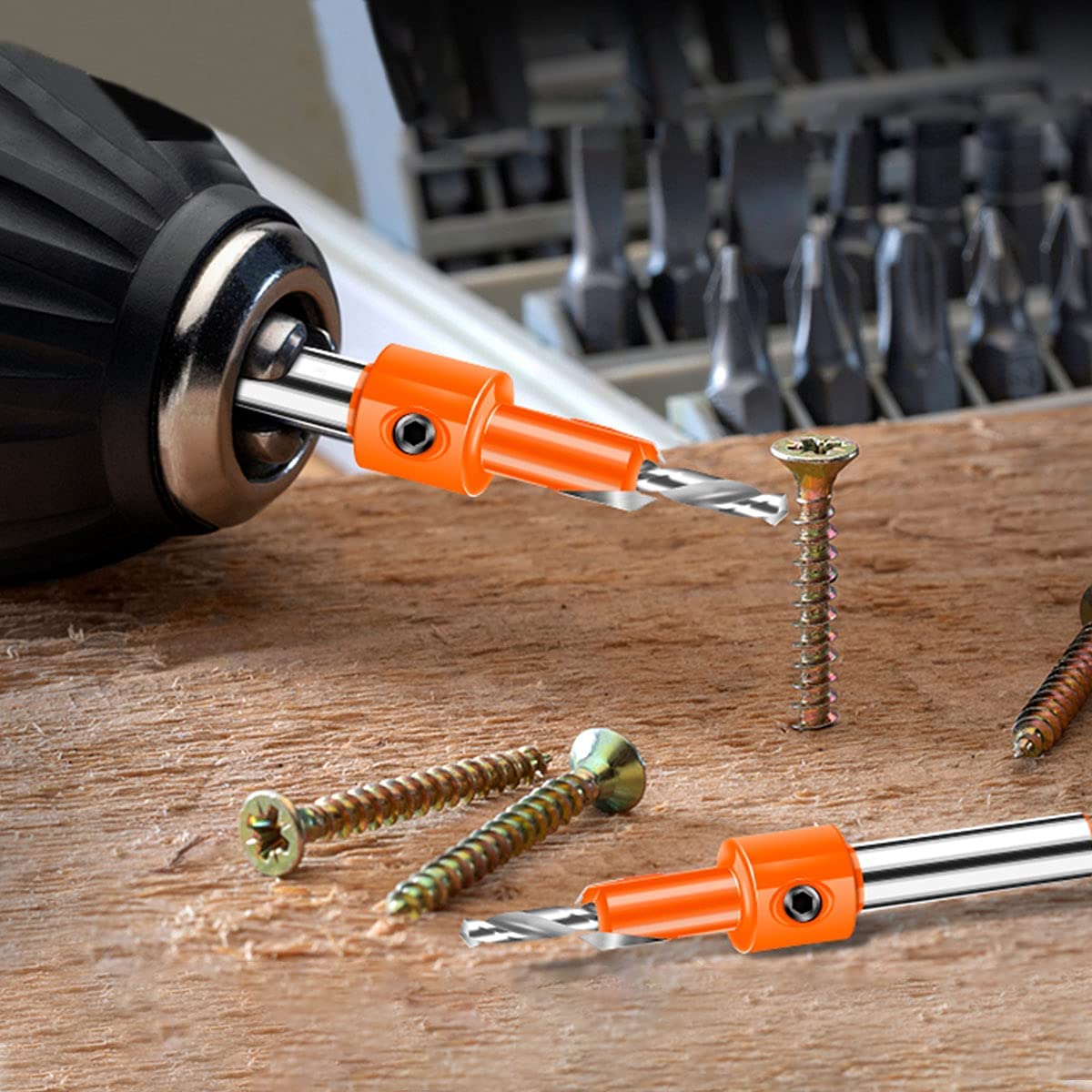 There’s one last step you can resort to drilling the Torx security screw out.

Find a drill bit that’s smaller than your screw and a power drill that has a reverse function. Drill halfway down the screw so the material below will not be damaged.

Once drilled, put the drill on reverse. Ensure that the screw does not overheat during this procedure, as excessive heating is likely to ruin the equipment.

Other Ways To Remove a Torx Security Screw

Now, if the method above isn’t your liking, we have you covered. There are other ways on how to remove a Torx (Star) security screw without a screwdriver:

Finding the right extraction tool for any security screw can pose a significant challenge. Although this may be true, you can remove security screws in a jiffy once you find the right one.

Once you have found the extraction tool, insert the two steel pins at the tool’s head. Place the tool into the slots of the security screw’s head.

Then turn the extraction tool like an ordinary screwdriver. The one-way screw will easily come out.

Making slots on the screw’s head is another innovative way of removing a Torx security screw.

Saw the head with a high-speed rotary tool equipped with a cutoff wheel. The process converts your security screw to a flathead one.

You can then remove the screw with a wide-bladed flathead screwdriver or even a knife.

Some Torx security screws have a button head. It means it is elevated and not flushed through the surface.

If you have one of those, you’re in luck. We have an easy fix for you.

Using that raised screw head, wrap your handy locking pliers around it. Swivel the pliers to remove the screw after you have a solid grasp.

Now, sometimes you’ll find yourself having trouble gaining a good hold with the pliers. You can try filing two opposing sides of the screw head and then inserting the pliers into those flattened edges.

The tool will work with any security screws, but you must use the correct size. Just apply ample pressure to remove the security screw and turn clockwise.

Another trick you can do is to use a plastic toothbrush. Burn the toothbrush handle until it’s soft enough and malleable.

After jamming it, wait for the toothbrush to cool before twisting it to loosen the screw.

The approach does not guarantee rapid success. You may have to go through some trials and errors.

Depending on how you melt the toothbrush and how long you let it cool. Also, the toothbrush may lose the shape of the head screw or become excessively soft, reducing the process’s success.

There are also other items you can use for this method. You can also use an empty ball pen or any plastic material you can melt.

Breaking out the pin

Another way to remove a Torx security screw is to remove the pin in the middle of its head. You can break the pin using a chisel or any chisel-like tool and a hammer.

Gently tap the chisel on the pin and avoid any damages to its surrounding. Once you have removed the pin, use an ordinary Torx screwdriver or drill bit.

The method is a laborious one as the pin is sometimes tiny. But if you have gentle hands, you can try it if you ever need to remove a Torx security screw.

Proper Use of Torx Security Screws

There is no law requiring licensing or qualification, nor is access to these screws restricted. As a result, even though few individuals have them, anyone can access, create, sell, transfer, possess, or use them.

But so many people are using it improperly.

You can see security screws in public spaces where theft could be a huge concern. It makes sense to employ security fasteners as a casual deterrent to prevent theft or any malicious activity.

Read More:  How Long Will A Generator Run? [It Depends On THIS]

You can also find these screws in public transportation applications. Again, it’s a great barrier to any unwanted tampering.

What are anti-theft screws?

Anti-theft screws, also known as one-way screws or security screws, provide additional security to items. Because you cannot simply remove them like conventional screws, they are often employed to prevent theft and tampering.

You can see these screws in objects like safes and security gates. Other industries like automotive, medical, aeronautical, and military also use them in their equipment.

What is the difference between a security Torx and Torx?

Why are Torx screws better?

There are various reasons why Torx screws are better than other screw heads. But we’ll share just two for now.

First, Torx is less likely to strip out than hex due to the load spread and delivered between the tool and the hardware. Second, the screw head height can be decreased because of the enhanced load handling.

What is a security screwdriver?

What are common sizes of Torx? 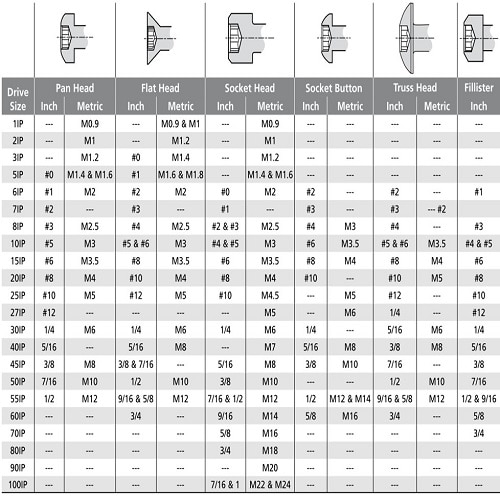 Torx screws come in different sizes. You can get one that’s .031″ or .871”.
The same goes for security Torx screws, but the common ones are the following:

Voila! You’re now knowledgeable on removing a Torx security screw without a screwdriver.

Not having the right tool for the job can be a challenging ordeal, so put that learning into good use.

As Johann Wolfgang von Goethe once said, “knowing is not enough; we must apply.” The tips mentioned above on how to remove a Torx (Star) security screw without a screwdriver should be applied, not read.