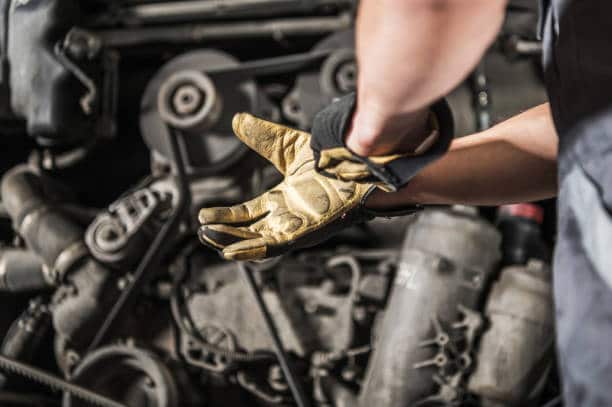 It is very difficult to pull off, but not impossible.

The easiest way to ruin a Diesel engine is by filling the tank up with gasoline. Gas burns way quicker than Diesel because it is more purified.

It will reach high temperatures and may have a larger scale of combustion.

This can potentially damage the parts of an engine. Glow plugs can burn, and fuel injectors can be exposed to this heat as well.

It can instantaneously ruin the engine. The gas just needs to be flushed out after to remove the evidence.

Kerosene can also ruin a Diesel engine long-term. Although Diesel engines can function and run on Kerosene, they will still get damaged.

Kerosene doesn’t have the lubricant additives present in Diesel. It is thinner and damages the pistons due to metal scratching when Kerosene is run through the engine. Metal filaments can easily ruin the engine.

Water may be the best way to ruin a Diesel engine without evidence. Water will get into the crevices of diesel engines, and without proper drying, it can cause rust to develop. Water in the tank can also develop rust inside it.

These small dust particles can get into fuel injectors or other parts that can clog easily when the vehicle is run.

Read More:  What Does It Mean When The Spark Plug Is Black? [Causes]

Over time, water tends to evaporate, leaving no trace that it was running through the engine.

Motor oil in the fuel tank with a powdery substance will be a great way to ruin the Diesel engine. Similar to the rust particles created by water, it can easily clog the filters and fuel injectors once the vehicle is started.

Like kerosene, it can cause piston damage and metal sediments to appear in the engine.

Will sugar ruin a Diesel engine?

Sugar in the tank might not ruin a Diesel engine. This is because the sugar granules will sink to the bottom of the tank. Sugar doesn’t dissolve in Diesel fuel, so it won’t mix properly.

Syrup, on the other hand, can and will mix with Diesel fuel and will be injected into the engine.

Once it is exposed to high temperatures, the syrup can burn and leave a thick substance that can ruin a Diesel engine quickly.

Can bleach ruin a Diesel engine?

Bleach can cause unfixable amounts of corrosion in Diesel engines when left there for a significant amount of time.

It will damage your fuel pump, fuel injectors, and other parts it is exposed. Like water, bleach can also evaporate, leaving no evidence that it was in the engine except for the corrosion it caused.

Can damaged Diesel engines be fixed?

It depends on the type of damage that is done to the engine. Typically, wrong substances in the fuel tank can be flushed out if the vehicle isn’t run yet.

When foreign fluids have been in the engine only for a little bit, it won’t do any significant damage yet.

Corrosion can be harder to fix as the engine parts might need replacing, but still, it is manageable. Diesel engines are very sturdy and can run for a long time, even with minor deficiencies.

With engines that are too far damaged, a complete rebuild may be required. When this is the case, it is best to leave it to the professionals to do it.

What is Pink Diesel?

Pink Diesel is simply regular Diesel fuel that is mixed with a dye to distinguish its intended use. Pink Diesel isn’t permitted for vehicles that travel on public roads. Pink diesel is for farm use only.