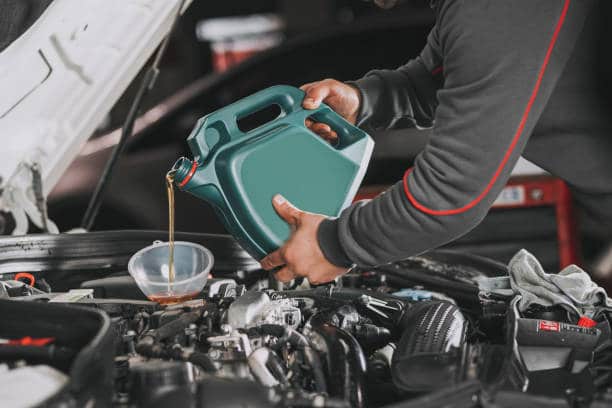 Engine oils serve as a lubricant to keep moving metal surfaces clean and functioning smoothly no matter the weather. But did you know who is behind this successful invention?

In 1866, John Ellis established the Continuous Oil Refining Company. He got curious about the lubricating properties of crude oil while studying its potential healing powers, which made him quit his medical career.

After abandoning his medical practice, Ellis dedicated his time to developing a high-viscosity oil for steam engines. During that time, vegetables and animal fats are added to petroleum to create a lubricant.

He achieved his breakthrough after developing an oil that functioned efficiently at a higher temperature. This, later on, helped reduce leaking seals, corroded cylinders, and clogged-up valves.

Today, 0W20 and 5W20 engine oils are commonly used in new car models that are designed with small engines. Both are also ideal for turbocharged engines as these synthetic oils are high-quality and have low viscosity in composition.

Choosing full-synthetic oil formula can help cars perform at their highest efficiency. If this topic is a bit unfamiliar to you, we will help you understand the difference between these two motor oils, their benefits, and possible drawbacks.

So, how do 0W20 and 5W20 engine oils work and how can they benefit your car? This guide is for anyone who owns a car in the United States, aging between 20 to 55, and is looking to improve their vehicle’s overall performance.

To weigh which engine oil is better, it’s important to first know what these engine oils are made of. The formulation is a good factor to help uncover the unique characteristics of each synthetic motor oil.

The first number in 0W20 and 5W20 represents the thickness (viscosity) and weight of the oil, while W means they are appropriate to use in cold temperatures. The second number refers to the thickness of the oil at an operating temperature.

Watch this video to learn about viscosity in engine oils:

Both synthetic motor oils are formulated for cold climates such as in some areas in the US. On the other hand, you can also use them in regions with hot temperatures as they are of multi-grade quality.

When it comes to the differences between the 0W20 and 5W20 multi-grade motor oils, there isn’t much to make in the list if you break down the numbers. The main purpose is to lubricate your engine and the inner components.

That is to say, the numbers that refer to the cold temperature properties don’t affect the viscosity at the operating temperature. The only difference is that 0W20 flows more smoothly than 5W20 in cold temperatures.

Read More:  How Much Coolant Loss is Normal? [Any Real Loss is Unacceptable!] 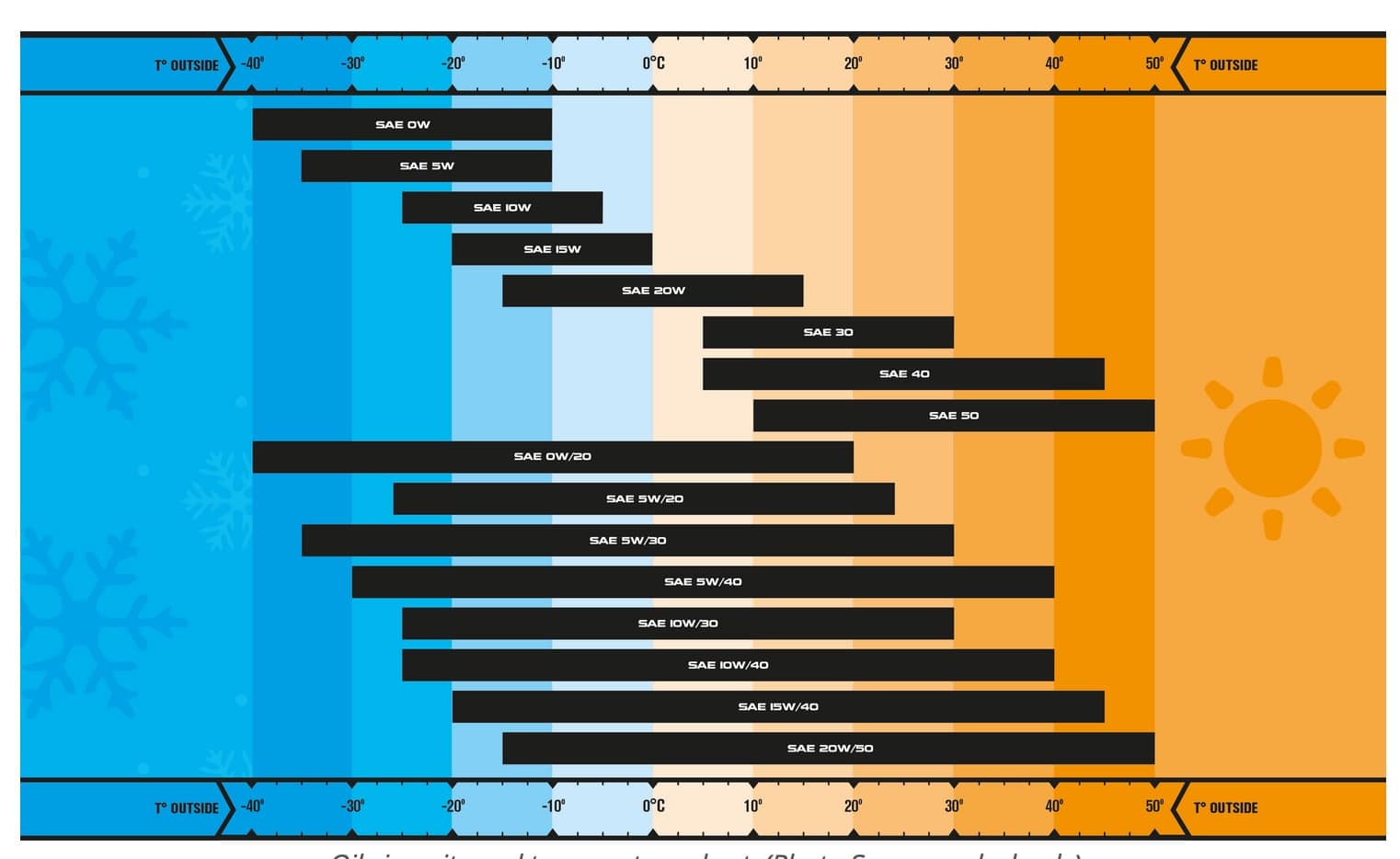 When both engine oils are thin in low temperatures, there isn’t much difference. If you’re in a cold climate area, the 0W20 motor oil has less damage while starting your engine compared to the 5W20 version.

With so many types of motor oil, it’s helpful if you can tell the difference each type can make to your engine. Check the numbers so you can determine the measure of the viscosity of the engine oil you want to use in your car.

According to experts, it’s important to understand that viscosity is not just the thickness of the motor oil but it’s also the internal friction of the oil. To understand it better, it’s how much flowing the oil can stop.

For instance, tipping a container with water is easier than a container filled with honey. At the same time and rate, the water will flow smoothly and quickly out of the spout, while the honey will slowly goop before flowing out.

Therefore, honey is as vicious as engine oil. If it’s more viscous, then it will produce more friction while flowing through the engine. This means, more energy flows into the engine with greater friction. 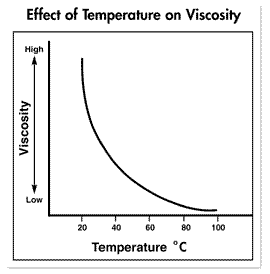 In this case, more viscous engine oils require a greater amount of energy so that the engine will work. This is not good because more energy is wasted, and high-viscosity engine oil is often less efficient compared to low-viscosity oil.

According to a study called The Effects of Ultra-Low Viscosity Engine Oil on Mechanical Efficiency and Fuel Economy, ultra-low viscosity oil reduces hydraulic friction loss by 24%. However, the asperity friction loss may increase because of reduced load capacity.

There are so many reasons why people use multi-grade engine oils such as the 0W20 and 5W20. In the past, most vehicles usually have at least two oil changes every year – one in winter and the other during summer.

To avoid this, the best solution is to use motor oils that can adapt to various weather conditions. No need to make oil changes every year when you use either 0W20 or 5W20 while protecting your engine from damage due to the cold weather.

The main advantage of multi-grade motor oils is that they make starting your car smoother and hassle-free. In addition, these types of oil also reduce stress on your car battery during cold weather seasons because they become less viscous at higher temperatures.

In turn, it makes the job of the oil pump easier without adding too much pressure on the engine. However, not all people in the US are using multi-grade motor oils for some reason.

Many people are saying that the price point and durability of multi-grade motor oils are two of the most important factors to keep in mind when buying engine oil. However, some oil brands burn more quickly than others.

Read More:  How Many Miles Can A BMW Last? [Understand BMW Reliability]

It’s important to know what type of engine oil you’re buying to get the value for your money. The following are some excellent benefits of using 0W20 and 5W20 multi-grade motor oils:

It’s a no-brainer to consider using multi-grade engine oils such as the 0W20 and 5W20. However, this is not the case for everyone. There are some potential downsides to look out for before deciding to use multi-grade motor oil for your car.

Multi-grade engine oils are not the best option for all cars. Here are a couple of drawbacks to consider when buying 0W20 or 5W20 oil:

The viscosity modifiers used in multi-grade motor oils are polymeric molecules that react to temperature. In cold temperatures, the chain contracts and doesn’t affect viscosity. When it’s hot, the chain is stretched and relaxed while increasing viscosity.

Imagine these viscosity modifiers as slinky. In cold weather, they react like slinky as the polymers are not in use and are all squashed. At a higher temperature, they act the same when you stretch the slinky out.

To make it easier to understand, bigger polymers tend to move into each other’s paths. Meaning, that it will increase the engine oil’s internal friction and the internal viscosity will also become higher than the normal rate.

Just like in physics, when the temperature increases, the thickness or viscosity decreases. While viscosity follows this formula, it can still decrease when viscosity declines. 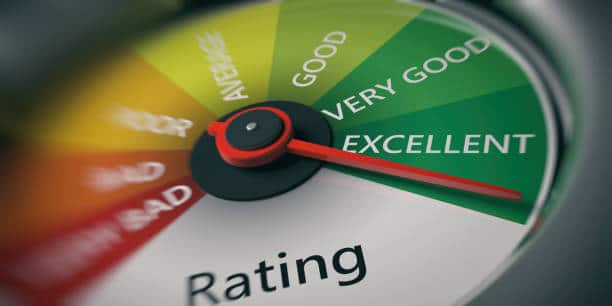 Which is best is not the right question to ask here. The best answer, however, to this common question is to put in the engine oil that your manual tells you to use.

Overall, it’s interesting to compare 0W20 and 5W20 motor oils. Although this may not be practically relevant, you should use the recommended oil from your manufacturer to ensure high engine performance.

So, are you using the type of lubricant your manufacturer told you to use? If not, it can lead to some problems in terms of engine condition, performance, and ability to adapt to colder climates.

Read More:  Should I Change All Spark Plugs At Once? [5 Reasons Solved]

If the climate doesn’t get that cold, interchanging the oil can be done. Generally, 0W is more appropriate to use in colder climates since the engine can get damaged when starting if 5W is used.

How are multi-grade ratings determined?

SAE grades are assigned depending on a strict testing process. Four tests are done to measure the multi-grade rating of engine oil. Two of the tests are conducted at freezing temperatures while the others are at warmer temperatures.

What is the main difference between 0W20 and 5W20?

If you compare 0W20 and 5W20, the 0W variant is marginally thinner or less viscous during cold mornings. This means that starting the engine is much easier with low temperatures.

If your manual recommends 5W20, always make sure to follow this. Even if people say that 0W20 is much better than 5W20, do not use it.

Your car is designed to run on specific engine oil, which is why it’s always safe to use what’s recommended by your manufacturer. This will help your car run well at an efficient level while protecting your engine from damage.

How to change motor oil?

Before you decide to change your oil, make sure that it’s needed. In some cases, you only need to top up your engine oil. Changing oil is a simple job in maintaining a car. However, this is an important task that you should not take lightly.

Remember, motor oil helps lubricate your engine and its parts while keeping the metal components at a safe distance from each other through a barrier formed between these surfaces.

What is the best engine oil?

The best engine oil for your car is the one suggested by your owner’s manual. However, you can top up with another oil if there are no other variants available. In this case, run your car slowly and drop by the nearest automotive shop. If not, contact your local recovery service for assistance.