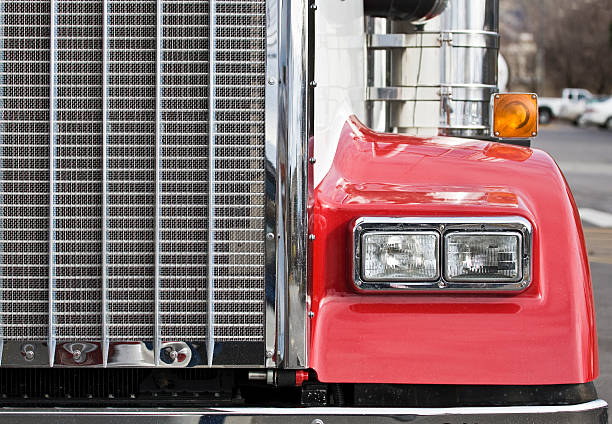 When applied to a diesel engine, starting fluids are very dangerous as they may lead to your engine detonating, putting under a lot of risk and damage.

If your engine is having difficulty starting up, especially during cold weather, there is definitely a problem to be checked, but starting fluids should still be avoided.

This article will guide you through why using starting fluids for diesel engines is bad in the long run.

What Is A Starting Fluid?

Starting fluids are volatile, highly flammable compounds usually packed in an aerosol form that is slowly diffused in the air in the hopes of aiding in starting the engine.

Diethyl ether is a common example of this since it is highly combustible and atomizes at a fast rate. The terminology “ether” has become an umbrella term for starting fluids.

Starting fluids are typically used on cars under cold weather or engines that do not have a choke system, making it very difficult to start up.

Additionally, it can also be utilized as a kind of diagnostic tool to determine if the ignition system function in spark-ignition engines is working properly.

How A Diesel Engine Works

This video hits off with the speaker describing the characteristics of starting fluid. The high flammability and combustibility.

It continues by showing the process of how the engine actually lights up fuel and how starting fluids are also easily flammable by the process.

Normally, it’s highly advised not to use starting fluid since it can cause internal combustion and could heavily damage your engines.

Can either be bad for diesel engines?

Using either in starting diesel engines poses a very serious problem. Ether is a highly volatile and flammable liquid and could lead to your own engine detonating.

In order to properly start your diesel engine, you must check the proper fuel pressure, functioning glow plug, and compression to be able to pinpoint the problem.

What happens when you put gasoline in a diesel engine?

A short answer to the question would be nothing. Gasoline engines use spark plugs to ignite their fuels since they can’t do it alone.

If gasoline is poured into a diesel engine, the whole car will not start because there will be no ignition.

However, diesel and gas are mixed in some cars, so there could be a chance of it igniting.

Is diesel fuel easy to ignite?

Fortunately, no. Diesel has a less explosive nature than gasoline and, as such, rarely gets ignited by fire.

It would be highly improper and improbable to light up a diesel engine with fire. This is where people get the feeling that they should use ether in starting up their diesel engines.

Additionally, diesel fuel ignites at temperatures around 52 to 82 degrees celsius.

Although, any liquid fuel’s flashpoint can vary easily from the different pressures and temperatures applied to it. If it is only room temperature, the previous data still stands.

Why would engines ever need starting fluids?

This, however, comes at a downfall. Because of its high combustibility, it could blow up your engine if used improperly.