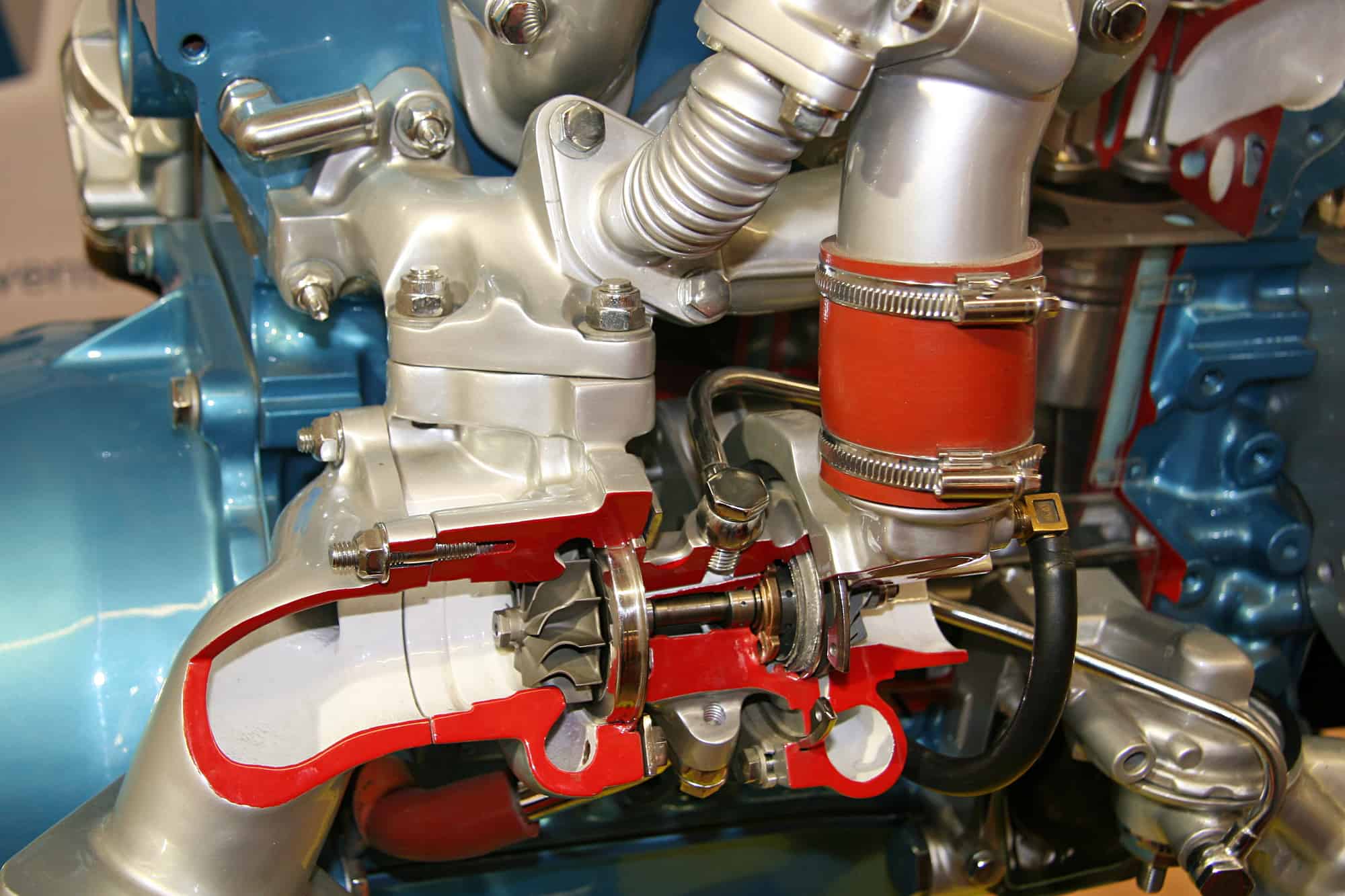 What causes the P0299 trouble code, and what are the most common symptoms of having this code? When you have an active P0299 error code, the check engine light comes on in your dashboard.

Other signs of an active P0299 code include increased mechanical noise from your turbo or supercharger, poor fuel economy, reduced engine power, etc. But what causes it?

The code P0299 refers to under boost conditions, and the causes vary between car makes and models. This generic diagnostic trouble code can become active due to the following:

Read on for detailed information about the symptoms, causes, and how to diagnose and fix code P0299.

The P0299 is a generic diagnostic trouble code (DTC) triggered by the engine control unit (ECU) due to turbo/supercharger A Underboost Condition. The ECM activates it when it detects a lower boost with a turbo/supercharger than the expected minimum.

When your turbo/supercharger is operating normally, the air through the motor is pressurized. This allows the engine to output more power than it was designed for.

The ECU uses a sensor to monitor the pressure boost. And if it detects anything out of the range, it triggers the P0299 error code.

What Are the Symptoms of the P0299 Error Code?

A keen driver will know when something is wrong with the vehicle, including an active code P0299. A car with this code may show the following signs:

An illuminated Check Engine Light will be the first sign, but it is not distinctive. This dashboard light comes on for any active DTC. Use an OBD2 diagnostic tool to check the active DTC to ensure you have the P0299 error code.

Scan your vehicle’s computer for any stored error code to confirm the P0299 is what causes you problems.

If you are used to your turbocharger or supercharger, you can tell when it is not giving you the power boost. That can be the next sign of a failing or faulty turbo/supercharger, but do not conclude anything yet until you diagnose the car.

If you hear a loud, rattling, or mechanical noise, the turbo/supercharger may be in trouble. It may be broken or has loose components making the noise.

Pull over and physically inspect your turbo/supercharger. It is safer to do that to avoid more damage from a loosely rotating mechanical part.

A turbocharger or supercharger is meant to boost engine power. That won’t be the case if this essential system is faulty or damaged.

You will lose engine power and may not notice any difference in acceleration even when you engage your turbo.

Some vehicles may automatically switch to limp mode. This fail-safe feature prevents costlier damage to the engine but allows you to drive to the nearby auto repair shop.

The Po299 error code is one of the most misdiagnosed DTCs because the causes vary between car makes and models.

For instance, it can be due to variable geometry turbocharger actuator, sticking VGT vanes, faulty EGR system, or faulty ICP sensor in Ford.

But when you own a VW, it can result from a damaged wastegate bypass regulator valve. Isuzu owners who reported the P0299 code said it is caused by turbo nozzle control solenoid sticking or low fuel pressure.

The following are the most common causes of Po299 DTC in different vehicle makes and models:

A defective turbo/supercharger will not perform as it was designed to do. It will not pressurize air that enters the motor to help in boosting the engine power.

The ECU detects the fault and activates the P0299 error code. You may need to call a mechanic to check your turbo/supercharger and determine if it needs repair or replacement.

Low engine oil pressure can also trigger the error code. An engine comprises many mechanical components that move at high speeds. These require oil to circulate over them to lube and cool them.

An air intake manifold consists of tubes to ensure the air coming into the engine is equally distributed to all cylinders. If it is blocked or has a leakage, the engine will be starved of air.

A turbo boost pressure sensor is a vital component for the function of a turbocharger. As the name suggests, it monitors the boost pressure inside the air intake manifold.

The ECU uses data from the sensor to adjust fuel and ignition timing appropriately and to operate the turbocharger tailgate. A faulty sensor gives out-of-range information, making the ECU activate P0299.

The boost pressure caused by a turbocharger forces more air into the engine. This pressure must be controlled, and a pressure regulator does that.

A pressure regulator ensures the correct boost pressure to allow the air into the intake manifold. It does that by adjusting the position of the wastegate.

Systems in your car are interconnected using electrical wires. The boost pressure sensor and regulator have wire harnesses consisting of power, ground, and signal lines.

If the wires are loose, damaged, or disconnected, the data flow or functionality of the components is interrupted. The ECU can interpret that as a failed sensor and set the error code.

This is common in vehicles with turbochargers because this system relies on exhaust pressure to boost the pressure. A leak can significantly reduce the exhaust pressure, leading to a lower boost than usual.

8. Fault in the EGR System

An EGR system diverts part of exhaust gases back to the engine through the intake manifold. This action lowers the combustion temperatures and reduces the formation of NOx.

A faulty EGR system may fail to divert some exhaust gasses, which interferes with the working balance of the turbocharger.

The data from these sensors is relayed to the ECU, which uses it for ignition timing and controlling other vital engine functions. If any of the sensors is faulty, the Ecu detects the fault and triggers the P0299 error code.

The powertrain control module (PCM) can also become faulty, but that rarely happens. This is your car’s brain system, managing the engine, transmission, etc.

If the PCM fails, it cannot interpret data from various sensors, meaning it cannot also control the actuators. It may falsely trigger the Po299 code. But as mentioned, this rarely occurs.

Yes. Code P0299 is a generic DTC with severe implications. Apart from the reduced fuel economy and loss of acceleration, a faulty turbo/supercharger can cause permanent engine damage.

Some cars automatically go into limp mode as a fail-safe feature when the Po299 code is activated. Fix this error as soon as possible to prevent costly damages.

How to Diagnosis and Fix Code P0299

Diagnosis of code P0299 involves checking out the above possible causes to find the culprit and then fixing it. It is better done by a professional mechanic. But if you are an advanced DIYer or a mechanic, you can do it using the following steps:

The misdiagnosis of the P0299 error code results from mistakes that some mechanics and DIYers commit. Try to avoid the following before, during, and after diagnosis:

The cost of fixing code P0299 varies depending on the cause, car make and model, and location. You may need to replace the MAP/MAF sensor, exhaust pipe, air filter, turbo/supercharger, boost pressure sensor, or repair vacuum leaks and exhaust pipe.

Read More:  Why Does My RPM Go Up And Down While Parked?

The chart below gives a cost estimate for repairing or replacing various components that may cause the P0299 OBD2 DTC.

What causes a turbo to under boost?

A turbo can under-boost if it is faulty or has an issue with related components and systems. Blocked air intake manifold, exhaust leakage, ineffective EGR system, and defective boost pressure sensor are the most common causes.

Yes. A dirty air filter can block or restrict air into the intake manifold. The engine will run lean and never achieve the expected performance when boosted.

You can drive with an active P0299 error code though it is risky. If you’ve ever experienced these symptoms while driving your car, it’s likely that the turbo/supercharger on your engine is low output.

It can lead to costly damages, and you will experience reduced engine performance and low fuel economy. Some vehicles go into limp mode to avoid severe engine damage.

What are the symptoms of a bad turbocharger?

A defective turbocharger has many signs and symptoms. These include, but are not limited to, the following:

How far can you drive with a damaged turbo/supercharger?

You can still drive your car with a damaged turbo or supercharger, but it is unsafe. If you decide to proceed, keep your eye on the engine oil level and don’t go beyond 100 miles. It can result in more costly damages.

A turbo/supercharger boosts the engine’s performance beyond what a natural-aspirated engine of the same displacement can. However, this boost system adds complexity to the engine, increasing the chances of damage.

When the turbo/supercharger is defective, your car’s ECU activates the P0299 code and turns on the check engine light. Other signs can be reduced engine performance, loss of acceleration, poor fuel economy, and increased mechanical noises from the engine.

The P0299 is a severe DTC that requires an immediate fix to avoid further damage. Though you can still drive your car, it is generally unsafe to do so.