The P0430 code is a diagnostic code that typically indicates a catalytic converter fault. It is used to detect a malfunction within your automobile’s electronic central unit (ECU) system which houses and monitors the catalytic converter.

Here’s a thorough breakdown of the meaning of the P0430 fault code:

In essence, the P0430 code denotes that the catalytic converter’s sensor in bank 2 has detected efficiency below the threshold.

The upstream (front) sensor reading varies while the downstream reading is constant when the two oxygen sensors are working well. So, when there is a P0430 trouble code, the Check Engine Light (CEL) that indicates malfunction switches on.

What Is A Catalytic Converter And What Does It Do? 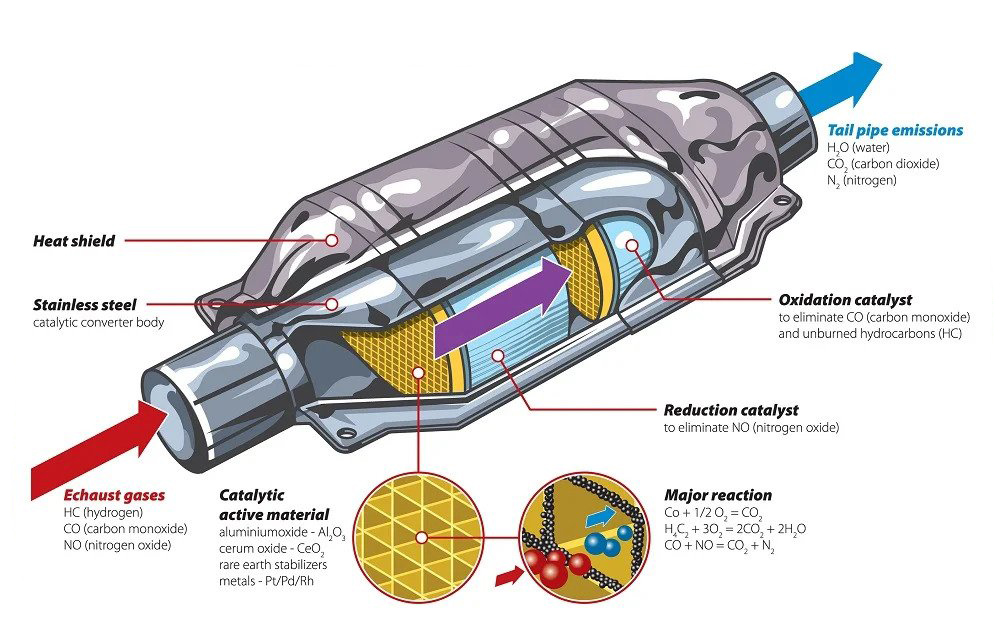 The converter connects to the engine via the input pipe and the exhaust via the output pipe.  As the name suggests, the catalytic converter converts hydrocarbons to harmless gases through a chemical reaction.

As learned in our elementary science, a catalyst either speeds up or reduces the rate of a chemical reaction. In the case of the cat, the catalyst expedites the rate at which the gasoline turns into a harmless gas.

Your vehicle’s internal combustion engine emits nitrous oxides and carbon monoxide (CO). The catalytic converter through the emission control technology turns these oxides into gases that your car uses to perform.

The catalytic converter is a steeling casing that houses a metallic or ceramic carrier, depending on your vehicle type, model or make.

What Symptoms Does The Code P0430 Trigger? 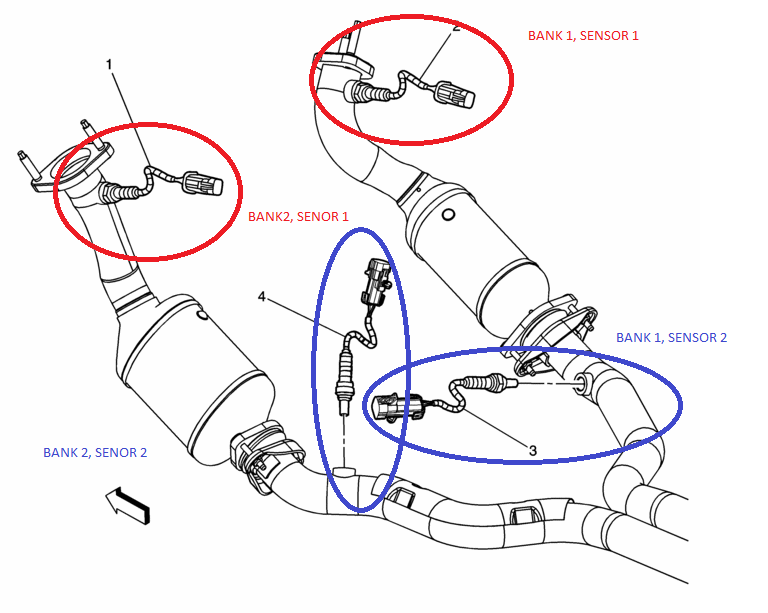 Perhaps, you’re wondering how to know if your car has a P0430 code. Here are some of the signs and symptoms that you should look out for in your vehicle:

A loose gas cap, a problem with your car’s emission control system, or an oxygen sensor error can be responsible.

2. A Drop in Engine Power

A reduction in the performance and power of your car engine can indicate the P0430 code. As the catalytic converter becomes faulty, the code comes up, signaling an emission control system error. The engine performance can drop due to this issue.

Read More:  How to Ruin a Diesel Engine Without Evidence [Tremendous Impact]

Do you perceive any smell like that of a sulfuric substance beneath your car hood? There is a chance that the chemical reaction which converts oxides to useful gases is incomplete. The P0430 code is often indicative of a faulty catalytic converter. The sulfur smell usually indicates that the ‘cat’ has a problem.

Make no mistake, a failing ‘cat’ will make idle a lot more difficult. When you start your car, the engine should idle for as long as you want. However, if harmful gases get into the fuel tank, the combustion process will be incomplete, causing poor idle.

You’ll also notice increased fuel consumption. Good catalytic converter sync with other parts to ensure that your car’s fuel economy is in great status. Otherwise, the fuel will consume faster than usual.

What Causes The P0430 Engine Code?

Aside from the P0430 code usually arising from a defective or spoiled catalytic converter, it also has other causes. Here are some things to look out for if the P0430 code doesn’t refuse to go.

It should be noted that some of the triggers highlighted above may not cause the P0430 code directly. They might be remote and not immediate or direct reasons.

The first common mistake is assuming the catalytic converter is malfunctioning resulting in the code and overlooking other mechanical problems. This implies that mechanical problems like a bad gasket or inaccurate oxygen sensor readings may cause the P0430 code.

Read More:  How to Revving a Car Engine? [Automatic or Manual]

Consequently, if you avoid these common mistakes you’ll be able to detect and fix the main cause of the P0430 code.

Professionally Advised Tools To Use To Detect P0430 Code

Before attempting to repair a P0430 code on your automobile, you should endeavor to have a full diagnosis to know the cause. This will enable you to know where the main error is coming from and how to fix it.

The P0430 error code issue has to do with the technical engine part of your automobile. Therefore it needs to be handled by a professional to avoid causing another issue during the process of DIY.

Although we recommend that you have a professional repair of anything concerning your car’s engine, there’s still something you do on your own.

Nonetheless, you can still:

However, before you can do it you must have good knowledge about the diagnosis and how to repair it. Half repairs can completely wreak havoc on your engine so ensure you know the issue before attempting to repair it.

Here’s how you can check the tightness of your exhaust pipe by yourself:

Another acceptable and less technical DIY you can use to fix the P0430 code in your car is by washing the converter.  Here’s how you can wash and clean your catalytic converter correctly to get rid of the P0430 code:

After doing the above fixing methods and the error code is still on your dashboard, then get a competent mechanic to fix it. Any other solutions to fix the P0430 code aside from the above should be carried out by a professional mechanic.

Also, ensure your mechanic should carry out a thorough diagnosis before he carries out any of the repair types mentioned earlier.

There are no fast and hide rules about this. The kind of damage your car suffers from will determine if you can drive with the P0430 code. Again, if there are no other codes and the check engine light doesn’t blink, you’re good to go.

You can still drive even with a faulty ‘cat’ for some miles, but ensure you fix the issue as soon as possible. Scan your car for any other issues.

Can the P0430 code cause misfires?

Yes, a defective ‘cat’ can cause your vehicle engine to misfire. Once you’re experiencing a misfire, there’s an incomplete combustion in the cylinder. This indicates that the ‘cat’ is working below a threshold. The ECU will naturally detect the problem and send it out as P0430. One of the symptoms will be an engine misfire.

To perform a professional error diagnosis on your automobile, you’ll spend an average of $60-$100 depending on your car’s model. Then, a regular fee from $700-$2,500 to repair a catalytic converter and at least $2,000 for a new replacement.

The next time the P0430 code shows up when diagnosing an issue in your car, you can easily identify what causes it. As you’ve learned, there are several reasons the diagnostic P0430 code can come on.

And unless you take your car to a professional, you can second guess the issue. We hope you find great insight into everything about the P0430 code.