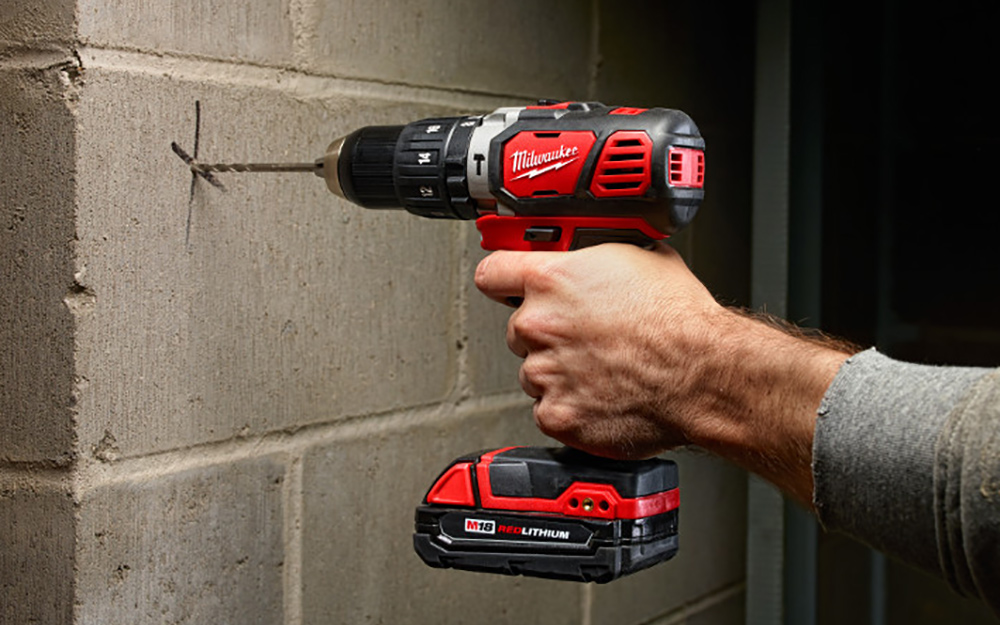 The Ridgid range of power tools falls under the parent company which is known as the Ridge Tool Company.

The target consumers of these power tools are HVAC trades, construction, pipe fitting, and plumbing. The red pipe wrenches form a unique feature of this range of power tools.

On a side note, Milwaukee manufactures impressive quality cordless drills which are excellent during personal tasks or workplaces.

Most of their tools come with 725 inches per pound of torque which is one of the best torque figures out there in this range.

It can reach speeds of up to 1850 revolutions per minute which works in an impressive way for drill machines. It has been engineered well and comes with strong battery life as well as an excellent warranty.

History between Ridgid vs. Milwaukee

Before moving on our main discussion about Rigid vs. Milwaukee, we must mention first that both of these prominent brands established their manufacturing processes around the year 1924.

Not only that both of these brands are Midwest. Ridgid began its operations at Ohio while as the name implies, Milwaukee was established at the place from where its name has been received.

During the early years, Ridgid Company made a mark in the market through the supreme qualities of their wrench pipes which are still a prominent product of this range. They’re obtained by a famous brand known as Emerson Electrics during the 60s.

Since that time, they crafted their products felt in all the sections of the tool industry.

They always concentrated on manufacturing excellent quality products made available at a price which it is affordable by the many average consumers.

Even though Milwaukee Company had the same representation, just until last year they decided to focus on the upper echelon of power tools.

After that, they concentration has been to give the priciest and the best quality products to their dedicated consumers.

These two particular companies have a particular similarity in the fact that both of them are operated by the same parent company known as Techtronic Industries.

The complete set of such power tools produced by both of these brands has been done in China.

This cordless drill is a versatile and compact tool. Don’t allow its size to fool you because it comes with lots of power-packed in it, making this power tool a suitable tool to have for fastening projects.

Read More:  How Long Does a Wood Filler Take to Dry? [It Depends On THIS]

At 300 inches per pound of torque at up to 1,500 RPM, you will be able to get various types of holes bored and screws driven through a number of materials.

This power can also be customized to your requirements with its 18-position chuck and two-speed gearbox, allowing you to taper the drill down for more delicate tasks.

You will also be able to keep control of this power tool too. Its rubberized over-mold on the pistol grip aids you to keep hold even in slippery settings.

LED lighting on its front, activated when you use the power tool can help you keep an eye on the task at hand, even in low-light conditions.

You can also keep this on either side of you with its ambidextrous belt clip, a feature other brands don’t really include. You don’t also need to worry about this power tool running out of juice when you least expect it to.

With a whole lot of many features and so much power, you will also forget that you are not dealing with a much larger driver.

With the brand’s time-tested quality, you are sure to get the job done right.

This cordless drill fastens and drills up to 35% faster compared to its competitors and is the only power tool in its class that comes with an all-metal locking chuck.

This powerful compact cordless drill driver provides 275 inches per pound of torque and up to 25% more torque.

Its durable, lightweight, and compact design gives greater efficiency and comfort in the workplace.

Also, its all-metal single-sleeve ratcheting chuck provides you superior bit grip so you will not have to stop for bit retightening or risk of losing crucial bits.

The drill driver also features an onboard LED lighting system as well as a fuel gauge which aids users to increase productivity and prevent disruptions.

Now, this kit comes with one bullet change, a carrying case, li-ion battery charger, and a battery pack.

It gives up to 275 inches per pound of torque on-board battery fuel gauge displays the remaining operation time.

All in all, this power tool means business. It is not wimpy despite its low voltage output.

We think they make the power-up in gearing and quality at that which implies that you must lack the higher speeds in high speed, but it comes with some torque to it which is normally unheard of for its size.

The Milwaukee power tools are much lighter and sleeker which makes them very easy on the user’s hand and ultimately comfortable to hands for a much longer period of time.

Now, when it comes to performance, these two products from each company namely the Ridgid R82005 and the Milwaukee 2407-22 M12 were put to test under certain performance parameters.

The two were put on a boat trailer with five-lug wheels. The Milwaukee got off with almost no fuss at all but the Ridgid had to pass the test by facing many more challenges.

The standard test was performed in order to measure the performance of the two on another scale in which a driving giant of 7 and a half inches of lag bolts had to be driven via 2 wooden blocks.

And here again, the Milwaukee 2407-22 M12 outperformed the Ridgid by a huge gap. The Ridgid had to struggle a lot of times just to drive the bolts away at such a quick pace.

Now let’s talk about the battery life which is yet another crucial factor to weigh the differences. Milwaukee M12 batteries are famous in the market for having the quickest.

They charge from zero to a hundred percent in less than an hour. Of course, that’s very hard to beat.

While on the other hand, the Ridgid batteries had to be kept in their charger for 1 and half hours before they blinked to signal that full charge has been reached.

The Milwaukee batteries are engineered in such a manner that has made it possible to return such great figures and perform in such an impressive manner.

The full power tools lined up in the arsenal of these manufacturers also speak volumes of their range and the versatility of the market.

If you are to take into consideration a range of cordless tools, then Milwaukee gives a lot more selections compared to Ridgid.

The M12 platform would allow you to establish a massive arsenal of cordless tools and whatever you would get with Ridgid would be plenty less.

With all these discussions come the main essence of the story, deciding which one you must go for.

The Ridgid though comes with a lot less price, though it matches nowhere in terms of performance.

It would also be recommendable to spend some extra dollars and get the Milwaukee which has obviously the best in-class tools set up in the entire power tool industry.

Of course, we’re not totally ruling against the Ridgid range of power tools. Their fundamental products are of high quality and would certainly catch the attention of the clients.

Though, for top-line performance, it would still be wise to go with Milwaukee.