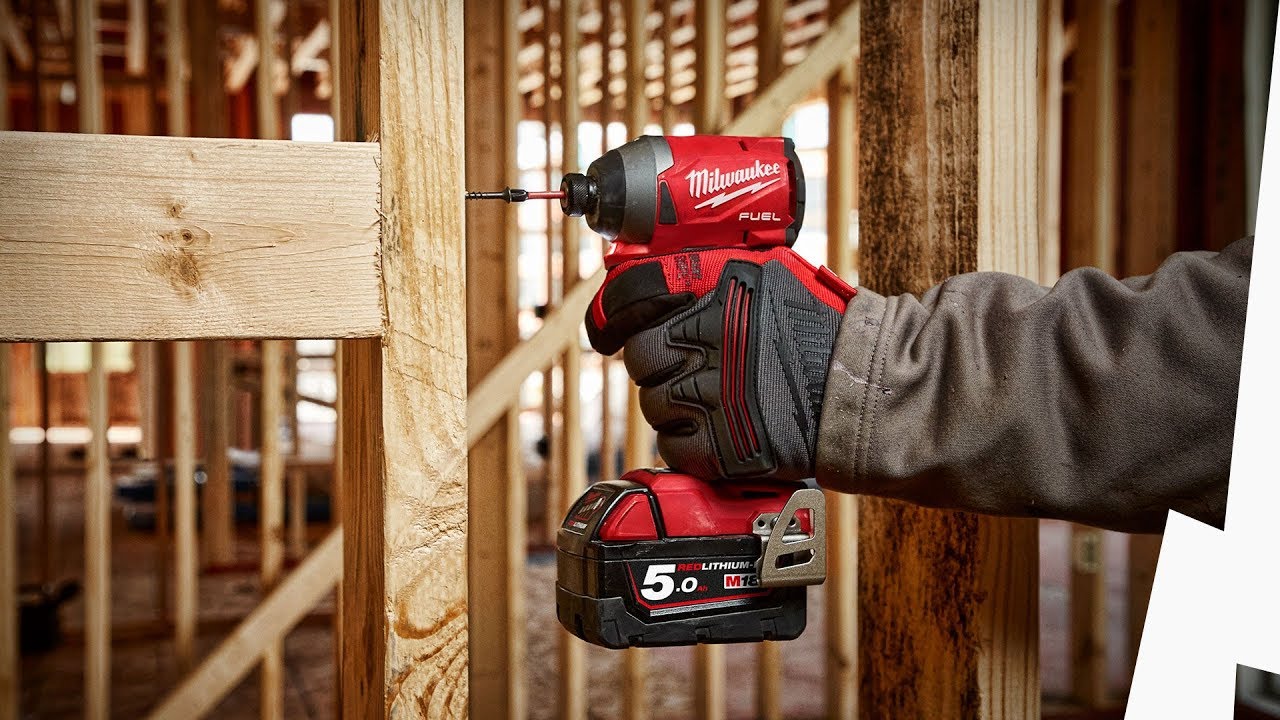 The Ridgid brand has recently come out with a new line of impact drivers that are reasonably priced similar to Milwaukee’s new impact drivers.

Well, that’s a pretty daring move. If you are going to price your tools just like Milwaukee, they should better be able to perform a certain task.

In the past, Ridgid has always been an exceptional power tool brand, even if they have tended more towards the budget side of competing with Ryobi, Craftsman, and many more.

Ridgid has always been a reliable brand that gives power tools that get the project done, but most importantly, a more reasonable price range.

You would not probably see many professional contractors at the Jobsite with Ridgid tools, but for do-it-yourself enthusiasts, they’re normally more than enough.

Now that Ridgid is marketing more towards the upper-spectrum of high-performance, we should take a look at Ridgid R82230N impact drivers if they’re really worth of your hard-earned money.

All in all, if you have been trying to decide between Ridgid vs. Milwaukee, then you’ve come to the right place. Stay tuned to hear what we have to say about these two prominent brands.

A Brief History – Ridgid vs. Milwaukee

The Ridgid Company was originally famous for its pipe wrench. In fact, they invented it, and perhaps still manufacture the best for the money.

Starting when they made it big time though and were obtained by Emerson Electrics during the 60s, they’ve ventured off into every nook and cranny of the power tool industry.

Just like we said, they have practically been a brand marketed mostly to budget-conscious consumers.

On the other hand, Milwaukee shared the same chronology, although, within the last twenty years, they’ve really taken off and have been the representation of the upper-echelon of power tools out there, where they’re consistently putting out the priciest, best-quality products on the market today.

At the same time, the power tool divisions of both companies are operated by the same gigantic conglomerate, which is Techtronic Industries. Apparently, the entire lineup of cordless power tools for both brands is manufactured in China.

If you’re looking for an impact driver that has the power to drive fasteners in or around your house, then look no further because the Ridgid R82230N is now here.

This tool comes with a compact size that lets you bring it with you wherever you may need it with optimum control, plus it comes with power that rivals even those of larger drivers. You will not also want to go back to the other power tools after using this impact driver.

Its LED lighting system allows you to see where you’re working, and the design of its lights precludes shadows from being cast from the power tool onto your driving subject.

Moreover, its rubber hex mold on its grip lets you keep hold even in slippery settings. In addition, with its compact size and lightweight, it provides you maximum control and ultimately lesser fatigue on your arms.

In fact, you will not even notice how long you are working until its LED lighting system starts to blink, allowing you to become aware that your battery is about to run out.

Make sure to keep it on you with its reversible belt clip if it is not in use, or simply store it just about anywhere if you are done for the day.

And lastly, it is small enough that you will be more than likely to find a spot where it will be out of the way.

For fastening jobs, you don’t really need an overpowering 18 volts impact driver, and with the features loaded into this tool, you will forget that you are using something that has actually smaller voltage.

This impact wrench optimizes torque in tight spaces. In addition, this lightweight and powerful impact wrench gives up to three times longer motor life, and up to two times more operation time.

It also comes with a proprietary 2-mode drive control for extra control over the power and speed necessary for particular applications.

Moreover, the power-state brushless motor outperforms all leading brands with consistent power output, yet operates cooler with no wearable parts at all.

In addition, its REDLITHIUM 2.0 compact battery pack can give up to 20% more power and two times more recharges compared to standard Li-ion batteries.

It is also best-in-class performance in harsh job site environments. Its onboard fuel gauge also aids users to monitor the charge more precisely, thus there’s less downtime on the job.

Aside from those, this impact wrench is small enough to fit in tight spots, and fix issues in areas where space is restricted.

This power tool is powered by a single M12 REDLITHIUM battery engineered to give more work per charge, and a four-pole motor for accurate control.

Its REDLINK Intelligence gives protection in high-demand areas and manages the tool’s output and temperature for maximum life.

And lastly, this impact wrench features a two-belt-clip position for right and left-handed consumers as well as LED light and fuel gauge.

Which Is Better?  Ridgid vs. Milwaukee

The Ridgid is a heavy and bulky drill. Most DEWALT tools which are famous for their heaviness because of their all-metal transmissions are close to Ridgid in terms of heaviness, though DEWALT has the favor.

On the other hand, Milwaukee seems like a toothpick. It is sleek, light, and very comfortable in the user’s hand.

For the most part, bulk and weight play a very crucial role depending on how much use you get out of the tools.

This is probably the reason why Milwaukee power tools are found so commonly in professional settings, where working for 8+ hours is common, and having a tool that can give your body a minimum amount of fatigue and stress is crucial.

Unfortunately, Ridgid power tools are not that kind of tool.

Now in terms of performance, the Milwaukee 2454-22 M12 beats the Ridgid R82230N. If tested both on a boat trailer that has 5-lug wheels, the Milwaukee will surely remove the nuts right off with no issue at all.

Of course, the Ridgid also got all of them off, but unfortunately with a lot more fuss. It might actually be a fairly major struggle to drive the bolt all the way in using the Ridgid R82230N.

And the last thing we should consider between the two is the battery life. Milwaukee 2454-22 M12 is famous for having the fastest charge times in the industry nowadays. In fact, they can charge from near death to a hundred percent in less than an hour.

On the other hand, the Ridgid batteries were on the charger for about one hour and a half before they actually reached full. When it comes to battery drainage, Milwaukee’s line is also the best in the market.

This comes right back to engineering and performance, i.e. the Milwaukee brand is crafted, designed, and engineered much better which ultimately makes it perform better.

The more effortless the power tool operates, the less drain/strain the battery is going to take.

Now, if you’re going to build up a large arsenal of cordless power tools all around the same battery platform, then Milwaukee has got way more options compared to Ridgid.

You can establish a massive cordless tool arsenal off of the M18 platform, while you’d be a lot more restricted with what you can get with the Ridgid line-up.

Based on performance and not on the price, most consumers would most likely spend some extra bucks to pick the Milwaukee which is an exceptional fine power tool and is without a doubt one of the best in class in the power tool industry today.

Of course, Ridgid tools are not that totally bad at all. As we’ve discussed above, their entry-level, as well as their value-priced lineup, are still some of the best tools out there when it comes to price range.

It’s just that in terms of pure top-of-the-line performance, we just honestly think that Ridgid is not yet ready to compete with Milwaukee.