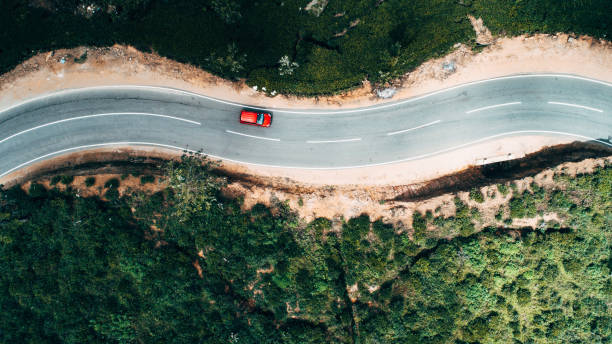 What range means in a car is how far it goes, which is usually measured by the car’s tank. How far a full tank of gas can take the car is its range.

The range also depends on what kind of fuel the vehicle uses as well as how the person drives the car.

Owners can check their vehicle’s range using the miles per gallon (MPG) in the owner’s manual of the car. If a car’s range reads 280 miles, it means the car’s tank will read empty after 280 miles.

Many things can determine range. Even if your dashboard reads 200 miles left, it might not be exactly right.

Sometimes cars do not account for uphills, downhills, highways, traffic, and how hard you press the throttle. All these things can determine how fast cars use up their gas.

Whatever the number on the dashboard for range, it is safe to assume that the actual range may be less. It may also be even a little more than the number shown.

How to Increase Range

Most modern cars have an eco feature. This is a button you press or a state the engine kicks into once you drive at a constant speed.

It is when the car prioritizes the fuel efficiency of the engine rather than the car’s performance.

Read More:  Why Are Mercedes Benz G Wagons So Expensive? [How Much Is The Price]

Driving smoothly and not revving up the engine too much will save you gas and increase the car’s range. Sporadic driving might lessen the car’s range a little.

The air-conditioning unit also uses the car’s engine and fuel. If the engine temperature rises too much, it uses more fuel and depletes the range.

Keeping the windows down during drives in good weather can help increase range and reduce engine use.

Keeping your tire pressure correct may be a small step, but it still can affect the range. When tires have proper pressure, it makes driving smoothly easier, and it would be easier to keep a constant speed.

The best thing to do is to have proper car maintenance schedules. If the different components of the engine are always in tip-top shape, the car will run efficiently.

Replacing and replenishing the fluids will help this as well. Peak performance in modern vehicles also means peak fuel efficiency.

Do electric cars have the same range as gas-powered cars?

One downside of electric vehicles is that they have a shorter range than their gas-powered counterparts. Gas-powered cars can reach up to 300 miles with a full tank.

Most electric vehicles can drive 150-250 miles with a full tank.

Charging an electric vehicle can also take around 20-40 minutes, depending on how far the next charging station is. It may be cheaper than gas, but it might take more of your time.

How far can you drive with the low-level light on?

Most cars will have two and a half gallons of fuel left in the tank when the low-level light appears. It is dangerous to keep driving when this light turns on, but the car won’t turn off instantly.

Read More:  How Long Can A Tire With A Bubble Last? [Be Careful]

Depending on the model, you can drive another 30-60 miles while this light is on.

What car has the longest range?

The 2018 Jaguar XF 20d has the title for longest range for a gas-powered vehicle. In fact, the total range reaches a whopping 731 miles on one full tank.

Meanwhile, for electric cars, the Mercedes EQS holds that title with a range of 485 miles per full charge.