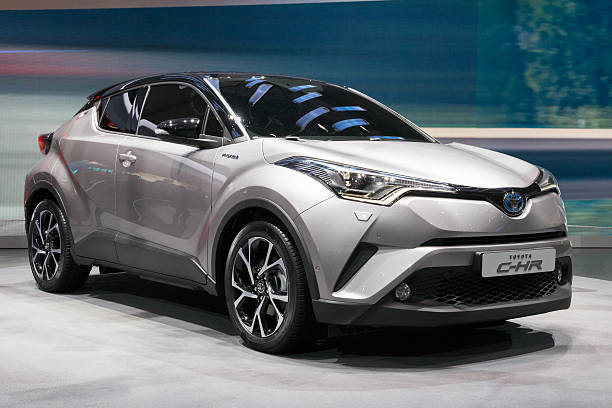 SE is one of many trim levels on an automobile. The trim level, often known as the trim package, refers to the same automobile model as the preceding model but with various upgraded features and equipment.

What Do Car Trim Levels Mean?

Regardless of what a company might use as the meaning of SE, mostly it is an upgrade of what you get as the base model of a particular car.

So, each time you see SE, do not be fooled that it is a new car since manufacturers have been using this naming system for a while now.

Ever since the development of the sports features, more manufacturers felt the need to distinguish such cars from the rest.

That is how the trim levels were born. As such, you can get other trim levels such as LE, XLE, CE, S, SS, and more depending on the type of brand.

The higher trims are known to have improved performance, comfort, and aesthetics than the base model.

An example is that you will find SE trims having improved suspension, the revving is sportier, and even the exhaust system can be louder.

We always recommend reading more into the trims to understand their differences. Sometimes the trims might just be gimmicks or marketing language but underneath it is the same car.

Other Car Trim Levels You Should Know

Whatever the manufacturer calls it, SE denotes an improved version of the base model of a certain make. A few examples of trim levels are:

Read More:  Do Diesel Engines Have Throttle Body? [We've Got The Answer]

Interior trim improvements frequently include enhancements to the upholstery, such as leather, and the addition of higher quality materials on the side panels, flooring, and roof lining.

Depending on the manufacturer and model, some cars may have as little as one trim or six or more. According to Consumer Reports, most models have four or five trim levels.

The base trim, often known as the entry-level model, generally comes with the least equipment, but it is the most economical.

Each trim level beyond this one adds more features and options until you reach the top trim level.

It generally includes practically all of the features from the lesser trims and some extras.

The top trim level is the most costly. It includes items like heated seats, leather upholstery, the greatest infotainment system, and sophisticated safety systems on most makes and models.

As much SE is the most popular trim, you can find others too including;

LE stands for Luxury Edition. From the letters, you can easily tell if will have additional luxury features.

It can also stand for Limited Edition. Let us the brand is making only a few cars with specific features, then it would be a limited edition.

Most are used to celebrating a milestone a company makes while manufacturing these cars.

You can say it is the improved version of LE. Such cars would have improved comfort, control, infotainment, dimensions, and safety features.

The XLE badge would also include the car having bigger wheels, keyless entry, heated seats, leather upholstery, and so much more.

You may have noticed the badge mostly with crossovers and SUVs.

Most manufacturers would use this badge for entry-level cars. Such cars can be manual or sometimes automatic, but will not have the best luxury features.

These cars would have basic features to make the car drivable. This includes stereo, hand-crank windows, and sometimes bench seats.

S means that your car has the Sports package installed.

When we say sports, we mean the car has improved dynamics and design focused more on delivering the best acceleration and handling.

Each time a manufacturer adds sportiness to a base trim, it gets the S acronym to differentiate it from the base model.

Below is a video with more details about cars trims:

Are XLE Models better than the SE models?

Most people might pick XLE because of the added luxury features especially if you take long drives. The SE models are best for those who want improved handling and acceleration.

The SE’s sporty enhancements are carried over to the XLE. It reverts to a comfort-tuned suspension, resulting in a smoother ride than the SE.

While most XLE models resemble their LE counterparts, there are noticeable differences among the models.

How many trims are available?

It is hard to quantify since each carmaker may have different ways of naming the cars. So, always refer to the specific manufacturer for more information.

Should you buy the SE trim?

It all depends on your needs and budget. Since it offers more than the base trim, get it if you have the budget.

Is Le better than Se?

When you compare the interiors of the Camry LE and SE trims, you’ll notice that they’re both well-equipped, but the SE trim has a tiny advantage.

Why do cars have trim levels?

Car trim levels assist purchasers in distinguishing between models, making them easier to recognize. Almost every vehicle is available in several configurations.

Each version, or trim, has a unique set of features and equipment. Car trims assist purchasers in distinguishing various models, making them easier to recognize.

Regardless of the terminology given above, SE denotes an updated version of the basic model, meaning that it has more features and is more advanced than the base model.

It’s worth noting that pricier trims will continue to decline over time, with pricing finally leveling out.