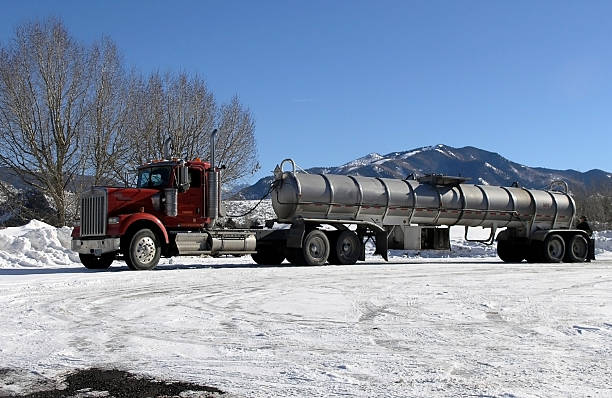 If you don’t plug in a diesel, especially during winter or extremely cold weather, the diesel fuel can turn into a gel at -15 degrees Fahrenheit or -9.5 Celsius.

Due to this, the diesel turning into gel would make it difficult for combustion and make your car engine harder to start.

Warm Up Your Diesel Cars

Diesel fuel can turn into a gel form at extremely low temperatures, so plugging in your car will fight off the effects of the extreme cold weather on your car’s engine.

The engine block heater maintains a low heat to the engine so that it won’t need to do so much warming up to start your car when it’s cold outside.

It would also consume much more gas to start your car during cold weather without engine block heaters.

As your engine oil gets exposed to these extremely cold temperatures, it becomes thicker and would not be able to lubricate the engine. So, compared to the engine oil at room temperature, it flows more easily and runs through the engine.

Here are the things to consider on using an engine block heater:

Is diesel better than gasoline?

Diesel can offer a better feature based on mileage, performance, and economic considerations.

For mileage, diesel is the best choice for consumers. It’s believed to be more efficient than gasoline-fueled cars on the highway, for a gallon of diesel has 30% more energy than a gallon of gas.

For performance, diesel used in cars and small trucks performs better than gasoline-fueled.

But cars do not perform that much better if from other types of enhanced diesel fuel, such as those biodiesel or black diesel.

Economically, diesel is much cheaper than gasoline. Since diesel has 30% more energy, it would cover the same distance as gasoline-fueled cars with a lesser amount of diesel used.

So, you also get to save more volume of diesel than gasoline.

Everything You Ever Wanted To Know About Diesel Engines Motorz

Are there alternatives to engine block heaters?

Pan heaters are used as alternatives to block heaters, which aftermarket companies produce. They are attached to the engine’s oil pan using magnets for steel pans, or you can use metal strapping for aluminum oil pans.

How do engine block heaters work?

A “block” from its engine block heaters pertains to the lower part of the engine. The pan located at the bottom of the block collects oil.

Generally, the oil can get thick in cold environments. So, it won’t lubricate the engine, and more battery power is used to overcome the resistance between moving parts of the engine.

Engine block heaters are generally safe to use, but there is a possibility for the cord the block engine heater is plugged in to get caught on fire.

It can be due to damaged extension cords, poor electrical connections around the engine heaters, or overheating block heaters.

How much do engine block heaters cost?

Price may also vary for different car models and engines.