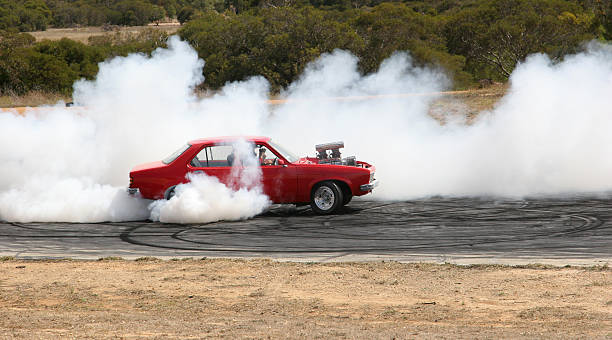 Have you noticed a cloud of white smoke coming out of your exhaust pipe when starting your car? Though it’s common to be neglected since it disappears immediately, you should still be concerned about why it happens.

Before going into the details of the possible fixture of this circumstance, know first why it occurs.

White smoke on the pipe is commonly a result of a blown head gasket which produces a vaporized coolant. If you look at your engine, some cylinders combust gas and air; it is where the coolant passes to avoid overheating.

When all are working smoothly, the coolant stays outside while other combustion materials stay inside cylinders. However, when the gasket is broken, the coolant gets combusted with gas and air, making the white smoke.

Another reason for the white smoke is when there is an accumulation of liquid or water in the exhaust pipe.

Now, keep reading to know the possible easy fixes of this white smoke on startup that usually disappears afterward.

A video from Auto Repair Tips showcased a car situation where the exhaust produces white smoke. There is also a slight gasoline smell and a random misfire, which pushes the client to bring it to the mechanic.

Maybe you’re also experiencing the same problem, so it’s best to reach out to the nearest expert. But before that, you might want to read about Pete’s process, diagnosis, and solution from the video.

The first is to assess the problem; he went on to get a Noid lite and check if the injectors received a good signal. He also listened to each injector using a stethoscope to ensure they were of the same pitch.

Once checked, the next move is removing the fuel rail used to remove the feed line by removing the four 8mm bolts. The rail system takes two readings: the temperature and intake manifold pressure.

These parts are important as they signal to control the fuel pump speed.

For a system to work, everything must be in place. In the video’s case, Pete found out that there was a bad fuel injector.

There were four holes at the bottom; two were holding, the rest weren’t.

The problem was cemented when he applied the pressure as fuel constantly dumping fuel into the cylinder. It is due to the two holes that weren’t holding much.

This situation explains the excessive smoke and random misfire.

To solve this, he just went ahead to get new injectors. Instead of ordering only one, he decided to replace all for a cheaper cost in the long run.

Solving the white smoke problem could be different depending on the problem. So seek assistance from your mechanic for an in-depth examination of your engine.

What are the other causes of white smoke during startups?

Aside from coolant leak, water in the pipe, and bad fuel injector, other reasons include valve seal leak and dirty filter. Internal engine, wrong pump timing, and low transmission fluid could also be possible causes.

These are the things that you can rule out or be wary of when you start experiencing white smoke. Do not neglect early signs of the issue so it could not lead to further damage.

How to fix the white smoke on startup when a broken gasket causes it?

If you’re certain that a broken gasket causes the white smoke on your car, then there are steps to fix it.

You can inspect the gasket first to look if it’s on the intake or head gasket. Though both these parts are replaceable.

You can also check the cylinder head for possible cracks and inspect the fuel system while you’re at it.

If you don’t know anything about these steps by chance, you can directly contact your mechanic.

Is white smoke normal during a cold start?

Depends. Sometimes when a car is cold, it releases white, gray, or black smoke due to condensation.

A car in a cold temperature emits the water in the form of the favor; that’s why white smoke is noticeable. But if the vehicle is already warmed up and there’s still smoke, it’s not normal anymore.