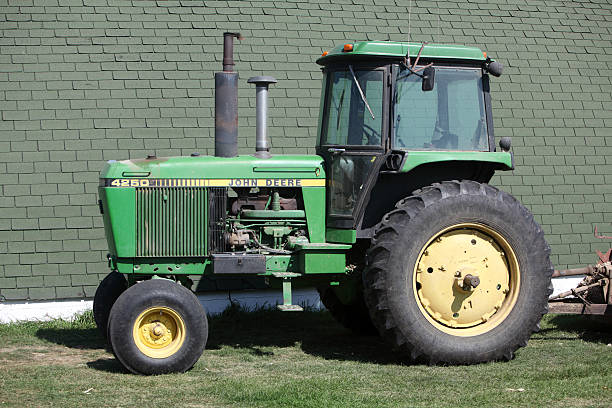 So, who manufactures the John Deere Diesel Engines? Almost all of the time, John Deere builds their own engines for their machines.

Yet, engines for lawnmowers and other machines demanding less horsepower are manufactured elsewhere, primarily by Kawasaki, Briggs & Stratton, and Yanmar.

Starting from its first diesel engine in 1949 to the present Tier 4 PowerTech engine, John Deere & Company has a long history of supplying excellent diesel engines to its clients.

Several interesting advancements have occurred throughout this period, helping to influence the growth of diesel engines and the history of John Deere as a whole.

Who is John Deere?

In 1837, John Deere, a blacksmith, invented the first commercially effective self-scouring steel plow and launched the corporation that bears his name.

He produced the first steel plow in 1837, intended to cut through sticky prairie soil. It proved to be a breakthrough because farmers had to wipe prairie soil off their cast-iron plows before this development.

In fact, this invention and its commercial demand gave rise to the firm John Deere, which is an American enterprise. The firm produces agricultural, construction, forestry machinery, and technology.

When the New England economy crashed in 1836, he moved to Illinois, opening a blacksmith business in Grand Detour.

Soon after arriving, Deere discovered from his farmer clients that the popular cast-iron plows of the time functioned badly in the sticky soil of the Midwest prairie.

Read More:  How Many Spark Plugs in 4 Cylinder? [By Size of the Engine]

Soil stuck to the plow bottoms, forcing farmers to stop and scrape it off every few feet.

Since he arrived in Moline, Deere has been interested in civic affairs and was elected as the city’s second mayor in 1873. However, John Deere died in 1886, leaving the enterprise to his successors for the next century.

Deere’s firm soon produced 1,000 plows each year. The business thrived as Deere developed a name for his plows and beliefs. Those same values continue to govern Deere & Company today. 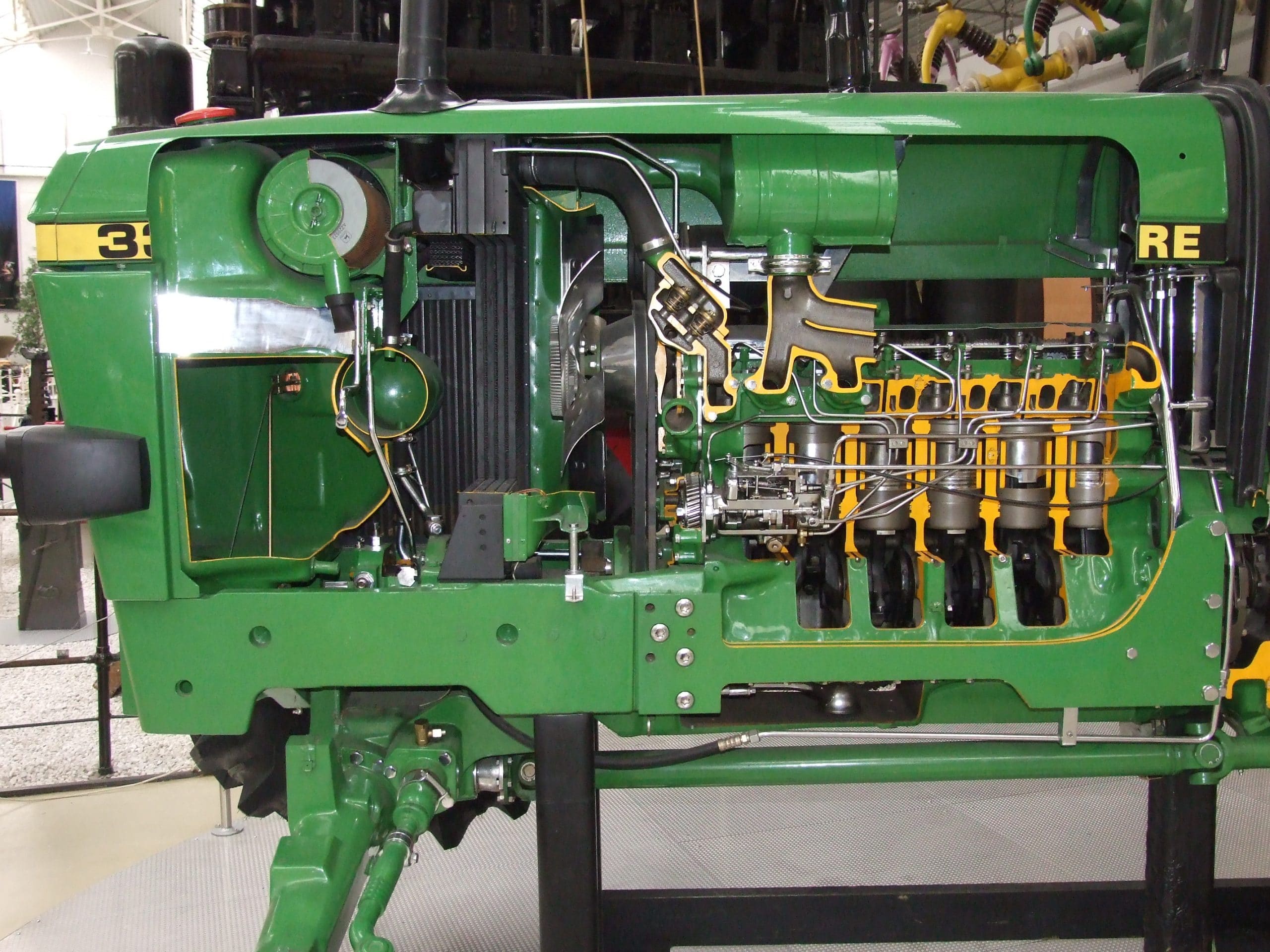 Deere has been designing and manufacturing diesel engines since 1949. In fact, the Model R’s first Deere diesel engine developed 51 horsepower and was the first to include a live power take-off (PTO) with its own clutch.

Generally, the dual engines eliminated some of the problems that were commonly connected with starting diesel engines.

Instead of manually rotating the flywheel, operators may start the engine with the pull of a lever. They also could swiftly warm up the engine in frigid weather.

Indeed, they have paved the way for the convenience of farming in the U.S.

You might want to discover more about the history of how John Deere reached more than a hundred years of innovation through diesel engines. So, this video will walk you through its history way back in 1918.

What brand engine does John Deere use?

John Deere manufactures its own diesel engines. A model location is the John Deere Engine Works in Waterloo, Iowa. Kawasaki 400, 500, and 700 series two-cycle air and water-cooled engines are used in some John Deere lawn tractors. It is quite dependable, yet it is costly to maintain.

Read More:  Can You Use Diesel In A Biodiesel Engine? [Basic Facts]

Cummins has supplied its X15 engines for the top two ratings of John Deere’s 9R, 9RX, and 9RT Series tractors for more than 30 years.

Where are John Deere engines manufactured?

In 1912, the John Deere Company expanded internationally by establishing a manufacturing operation in Canada.

The business chose to develop plants in Mexico, Spain, and Germany in 1956. Eventually, the firm extended to India, France, Argentina, and South Africa.