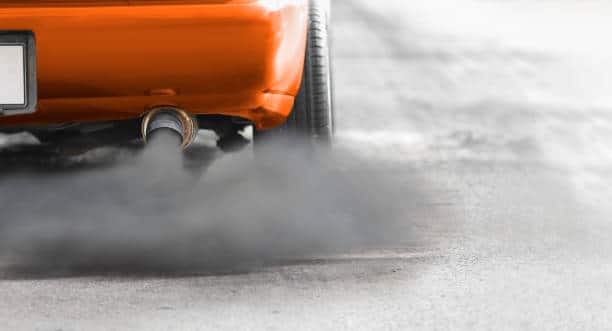 Smoke from a diesel engine indicates that your engine is running on fumes and might be too worn out soon unless it is remedied.

People should take it as a sign to check their engines for any damage and get them checked with a professional. This article aims to show why diesel engines produce black smoke.

The video starts off with the narrator explaining that big trucks puffing black smoke are very common.

They explain that there are actually three different types of smoke that a diesel engine can emit.

Black smoke means that there is an imbalance between the fuel and the air mixture inside the engine.

If there is a mechanical fault in the engine and an imbalance appears, the fuel will not burn properly.

As a result, this turns into soot, and that is the black smoke emitted from the engines. This can be caused by improper fuel injection or a faulted air filter.

Meanwhile, white smoke means that the fuel injected into the engine is not burned properly. It is caused by a wrong compression ratio, which means that air would be exhumed from your exhausts.

Blue smoke is defined by the engine burning oil instead of fuel. It might be caused by a faulty injector or lift pump, broken valve seals, or worn cylinders.

The narrator states that diesel particle filters are now standard for all diesel engines. These will trap the particles that come out of the stack.

This means that the smoke-emitting trucks might come to an end soon.

What Does Smoke Emission Mean For The Engine?

Smoke from a diesel engine basically states that something is not right about your car. You should take it as an indication that a problem that could shorten your engine’s life is already developing.

At the very least, it could just be as simple as something deterring combustion efficiency, making you spend a lot of money to remedy it.

On the other hand, this may also be the last sign before something devastating happens, such as piston seizure or turbocharger failure, which could lead your engine to fail.

What Is The Black Smoke Emitted?

The black smoke being emitted by your engine is known as soot. It is caused by incomplete combustion done in low temperatures.

Low pressure by the engine results in low temperatures, and by which fuel clumps together and is burned incompletely, forming soot.

Diesel engines are more likely to form soot than gasoline ones since they heavily rely on compression to sustain the temperature and pressure in the engine.

Additionally, gasoline engines work on marginally lower pressures so it would not result in bad fuel combustion.

What Smoke Should My Engine Be Blowing?

Ideally, a diesel engine should not be blowing any smoke from inside the engine. Short diffusion of smoke when you accelerate should be acceptable because it might be from the turbocharger lagging to keep up with the fuel injected into it.

Although this should only apply to vehicles with older diesel engines, newer ones should not have any smoke altogether.

Read More:  What Is The Average Lifetime Of Brake Rotors (Detailed Answers)