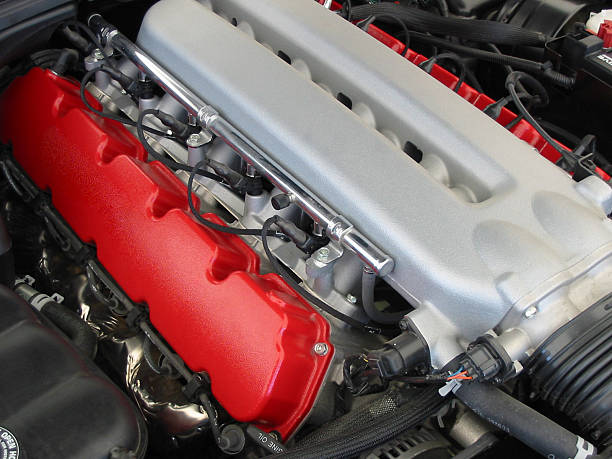 When automobiles are started, there is a particular sound that only diesel engines make. It can easily be distinguished once it is compared to a gasoline engine.

Unlike gasoline engines, diesel engines work by compression. The pistons compress air, and that makes it extremely hot. When the hot air is exposed to diesel fuel, it combusts.

Diesel engines can also sometimes have a significant knocking noise when it runs. However, this knocking noise isn’t particularly a cause for alarm like when it is heard in gasoline engines.

Most of the time, a knocking noise in the engine means that the fuel isn’t ignited efficiently.

After a few minutes of starting or when the engine heats up, this sound can disappear. If it doesn’t, there are a few quick fixes you can do.

The most common reason for the knocking noise in diesel engines is inefficient fuel combustion.

One reason for improper fuel combustion is that diesel fuel is impure. Many contaminants can get mixed up with diesel which can hinder proper ignition.

Fortunately, many additives can also be mixed with diesel to make it burn quicker and more efficiently.

Adding 1% ethyl nitrate or “Doping” can be a good additive to speed up the ignition process of diesel engines.

Diesel fuel tends to gel up when in the tank for too long for people living in colder temperatures. Lubricant additives can be added to the fuel to prevent gelling and a longer waiting period for fuel ignition.

Read More:  Car Shakes At Idle But Smooths Out While Driving [Causes & Fixes]

What are other fixes for diesel knock?

Another fix for diesel knock can be to replace the fluids in your engine. Sometimes the pistons or valves don’t have proper lubrication and can’t compress air properly.

So, it is recommended that you also replace the fluids in the engine from time to time. You may also check the fuel injectors to see if they work properly.

If the fluids aren’t properly dispersed in the engine, the parts can have difficulty moving.

Will diesel knocks break my engine?

Diesel knocks won’t necessarily destroy the engine. Well, not quickly, to be correct. It may deteriorate the engine slightly faster.

If the knocking sound disappears after a few minutes of running the engine, it is nothing to worry about.

If the knocking is persistent, there may be a slight problem with the engine’s combustion efficiency.

But, diesel engines are built to last; they can still run even with a knocking sound. Also, it can continue working properly for 10 years before experiencing significant deterioration.

When should I get my vehicle serviced?

A good rule of thumb to follow is every six months. If the vehicle isn’t used daily, it should be serviced every 5,000 kilometers (3,000 miles).

There are also a handful of signs where you should take it to the shop immediately.

It might be a bad sign if the exhaust spews out black smoke or fumes with a bad smell. A significantly long time to start the engine can also mean that the fuel isn’t ignited properly.

When you have driven the vehicle for a while, you can feel if it runs properly. If there are any discrepancies in the vehicle’s performance, it can mean that there are problems in the engine.