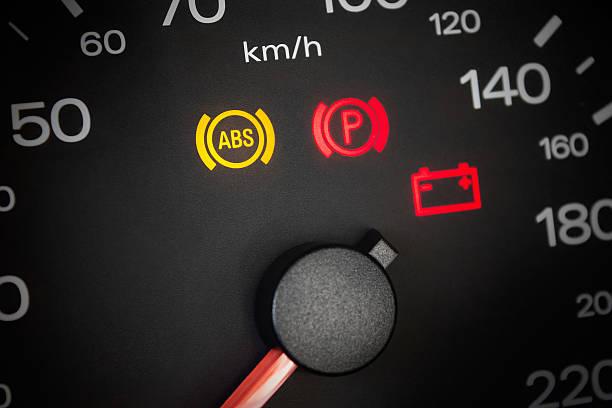 The battery is responsible for providing electrical power to all vehicle components, and the alternator’s responsibility is to generate it.

The battery and the alternator work together to generate and distribute electrical power to your music system, A.C., headlamps, wipers, power windows and whatnot.

But that’s not all. The battery also provides power to the traction control, the gear shifter in automatic cars, parking sensors, and many more.

We have ABS and its various sensors among all those sensors and components. A safety feature common in every vehicle contributes the most to a safe journey.

If yes then what does it mean? Does it affect your brakes? In some situations, ABS light can come on with a low battery, but it doesn’t mean the same thing every time.

Let’s dig deeper and find out how it all works and is connected.

What Is ABS Light Mean?

ABS stands for Anti-lock Breaking System. Its function is exactly how it sounds. It makes sure your wheels don’t lock up when the driver is braking heavily.

ABS also ensures the wheels don’t lock up when the driver has to apply intense break suddenly in case of an emergency.

ABS is also responsible for ensuring that the brakes provide effective braking even under wet conditions or on surfaces other than asphalt.

How Does ABS Work?

There are sensors placed in each wheel hub that sense every wheel’s rotational speed. It senses the rate of acceleration and deceleration that each wheel experiences.

The ABS has the following components that work in harmony to provide the most effective breaking;

Speed sensors monitor the speed of the wheel under braking and compare it to the amount of brake pedal pressed. These readings help the ABS determine when to “kick in.”

The speed sensor records the car’s and the wheel’s speed and warns the system when the wheels are about to lock up.

This is a computer of the ABS that receives all the readings from the sensors and takes action in accordance with the readings. It controls all the parts of the ABS.

After the valves have relieved the pressure, the pumps generate pressure again to maintain the brake threshold in the brakes.

What Happens When You Have Low Battery?

The alternator charges the battery, which distributes it to all the car’s components. The battery needs to be able to hold a certain amount of charge before it can distribute it at a particular voltage and ampere.

When the battery is weak or low, the battery is unable to provide electrical power at a specific voltage and ampere. It’s also unable to maintain a rate or threshold of charging and distribution.

How Does Low Battery Effect Other Components

The voltage fluctuation can even lead to a short circuit of the component. To prevent any damage, there is a series of fuse and relays which may break.

When the fuse or relay breaks, the circuit breaks, and the component no longer receives electrical power.

You may even notice that the A.C of the car usually “trips” or stops working when the battery is weak or low.

Similarly, all the components drawing power from the battery, such as ABS and its various sensors, might stop working or blow a fuse due to voltage fluctuation.

What Can Cause Low Battery?

If you have a weak alternator, it could cause your car to stall and die. The usual cause of a weak alternator is a damaged pulley but, there are other causes that are less common but can come to be after several thousand miles.

Something like this can be avoided with regular maintenance. During maintenance, the mechanic always takes voltage readings to check the charging status of the alternator which reflects its health.

At the same time, he will also physically inspect the serpentine belt for signs of wear and tear and whether it requires immediate replacement.

The battery light can also turn on due to loose battery and alternator terminals. Temperature variations, road debris, vibrations, and damage from the road all contribute to lose battery terminals.

Maintenance and careful inspection can prevent terminal build-up and damage, which individuals typically overlook for extended periods of time. Oil changes and maintenance are handled differently; most individuals opt for oil changes rather than full maintenance.

Water damage from washing your automobile, humid weather, deteriorated rubber seals, salt water, heat from the engine, or heat from the environment can all cause damage to the circuit.

How To Fix It?

You may be able to get the alternator fixed rather than replaced if it is damaged.

Not all alternators can have their pulley changed, and not all mechanics are capable of doing so. However, if the pulley can be changed, it may cost roughly $150.

Since the replacement is labour-intensiveBecause they, slip ring replacements might run you about $200 and carbon brushes about $100.

Terminals for the battery and alternator can be replaced for about $50.

Changing the circuitry or replacing the wiring is typically required to correct an electrical problem in the dash circuit. That ranges between $150 and $200.

Why Is My ABS Light On? What Causes It?

The ABS light is a feature installed in cars that come with ABS. This feature helps the driver be aware of the condition of the ABS.

When the ABS light comes on, it means the ABS is no longer working, and the light warns the driver to apply brakes to get the problem diagnosed and fixed as soon as possible.

The light stays on as long as the ABS is not working, and will remain on until the problem is resolved.

How To Fix And Turn Off ABC Light? 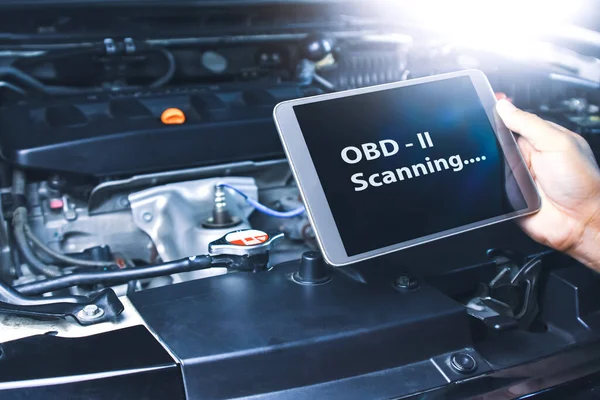 You can diagnose the problem using the following steps;

Other Reasons For ABS Light To Come On

The ABS light does come on for reasons other than just errors in the ABS.

Read More:  Why Are My Tires Squealing When I Turn [Causes & Fixes]

When the driver is under intense braking or emergency braking, and the ABS activates or “kicks in”, the ABS light starts flashing to inform the driver that ABS has taken over.

The driver can hear a grinding noise, feel the brake pedal vibrate, and see the ABS light flashing. All of this should go back to normal after the brake pedal is released.

Hearing grinding noises or feeling vibrations in the brake pedal afterward should be checked out immediately.

The problems cause the ABS light to flash even under light braking or stay flashing even after braking.

There are errors when the ABS light stays on, but it doesn’t involve errors in the ABS. Such as a problem in the dash light circuit system.

Errors in the ABS sensors and speed sensors can cause the ABS light to kick in frequently, even when unnecessary.

Problems in the dashboard light include damaged circuit points and damaged wires. These cause arc jumps, light up the ABS, and cause it to remain turned on.

How Can You Check For These Problems?

Damage to the car dash circuit can be observed by looking at the dash and checking the fuse box. The problems in the circuit will cause other lights in the dash to come on, and it will blow some dash fuses in the fuse box.

The OBD2 diagnostic tool will also help determine which problems affect the ABS light. Each error will have a unique code, which you can use to remedy.

A low battery can cause several problems with different components of the car, such as the A.C., the lights and even the ABS. The ABS light can come on when the battery is weak or when you have a low battery.

With problems in the electric circuit of the dash or fuse, the ABS light can come on, and a weak battery can blow a fuse.

It is always better to get the ABS light checked out because that means the ABS is not working which can be a safety concern for the driver.