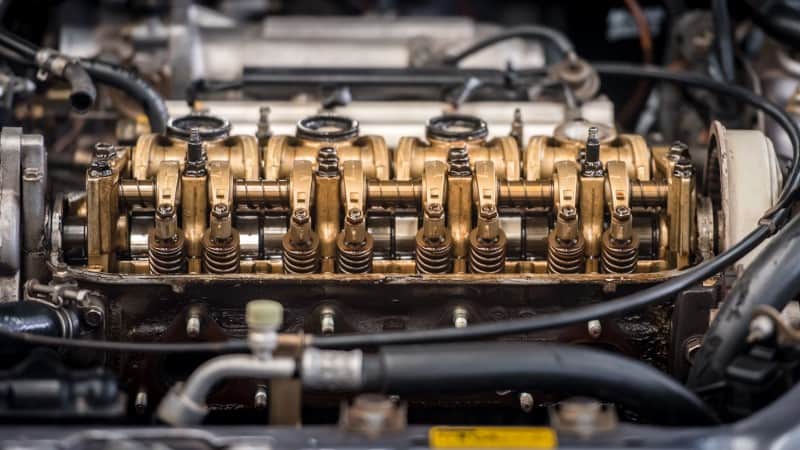 Pairing gasoline and diesel in a car can create headaches and severe engine damage.

Gasoline’s Impact On a Diesel Engine

You may be able to preserve your engine from major harm if you catch these issues quickly. But, if you continue to drive for an extended length of time with mixed or incorrect fuel in your diesel gas tank, here are three symptoms you might experience as you drive.

There Is No Combustion

If gasoline gets into your diesel gas tank, the fuel pump, injectors, and fuel filters will be damaged. If they aren’t performing properly, you’ll need to change all of the parts in your fuel system to get great performance.

Read More:  How To Destroy An Engine Without Evidence

Diesel fuel is intended to lube the diesel engine’s parts. Gasoline lacks this power to lubricate. This implies that there will be no lubricant if fuel is running through the elements of a diesel engine.

The metal components grinding together will produce a lot more resistance. So, the outcome will be irreversible engine harm.

Before letting your curiosity about putting gas in a diesel engine run wild, you should be knowledgeable about the difference between petrol and diesel engines.

If you have an idea about these things, you should be able to know if it is safe to put gasoline on a diesel engine.

Diesel engines are low revving and more fuel-saving than petrol engines. While both engines operate on the same four-stroke cycle, these are the following:

You must be aware of the self-ignition temperature by which an air-fuel combination may spontaneously ignite even without the assistance of a spark plug owing to compression alone.

Another vital difference is the lack of throttle body of a Diesel engine. If you step on the accelerator pedal, the fuel injectors will supply more diesel to create more power.

Petrol engines, however, need a throttle body to allow more air to give access to the engine.

Motor deceleration occurs when you lift off the throttle in gear to slow down the engine in a gasoline vehicle. The body shuts down because you raise the throttle, creating a power vacuum between the throttle body and the cylinders to slow the car down.

Read More:  How Many Spark Plugs Do A 5.7 Hemi Engine Have?

In a diesel engine with no throttle body, engine braking occurs during the compression stroke, where the exhaust valve is open to let go of the pressurized air.

The Efficiency of Diesel Engines

Diesel has more energy than petrol, containing 15% more energy by volume. They’re also more efficient because of their thermal gains obtained by igniting the air with high compression.

Also, they tend to be turbocharged, which is an added factor.

What is the difference between gasoline and diesel?

The tints of diesel and gasoline are distinct. Just sniff it if you can’t tell the colors apart. They have a distinct odor; stick your fingers into them if you can’t identify the difference by smelling them.

How Much Gas Is Required To Injure A Diesel?

A small amount of gas, such as 10% to 15%, probably wouldn’t hurt. However, the elevated rail pumps, which work purely on diesel oil, are the section most vulnerable to harm in current common-rail motors.

What Occurs If You Get Diesel On Your Body?

Diesel may aggravate, dry, and break the skin; blisters may occur if the body is exposed for an extended period. When skin is exposed to the elements regularly, dermatitis (eczema) can form.