The first time you use a cordless screwdriver that question will answer itself. Imagine the ache in your hands or wrists after installing several screws the old fashioned way. Manual screw drivers have their place but only if you aren’t in a rush to get the job done.

This Black & Decker electric smartselect cordless screwdriver holds the screw in place with a powerful magnet, freeing both hands for the job. It makes sense for basic home repairs or professional use and saves the frustration of looking for “dropped” screws.

The L.E.D. gives off a convenient light when you need it most and a full charge will hold for up to 18 months. A compact, user-friendly design takes the strain off your wrist as well as making it an easy fit for most tool boxes. 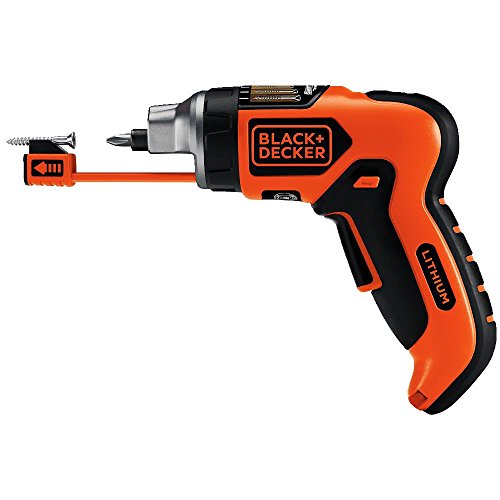 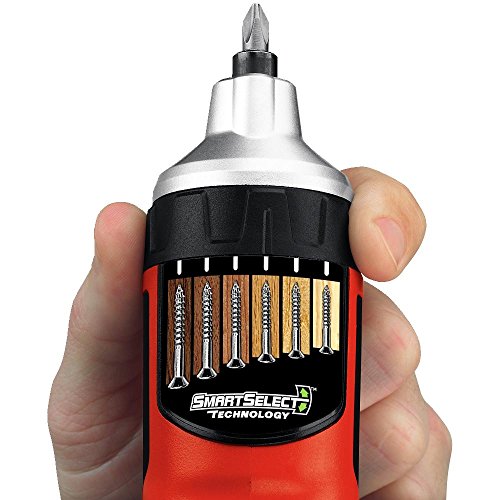 The LI4000 comes with two features that help avoid stripping. One is the 6-position clutch with its visual indicators and two is the SmartSelect technology used in its design that enables the user to easily select the torque.

Capable of 70 inch/pounds of torque at 180 RPM’s, this is a good tool for any job that requires a screwdriver. The magnetic tip that holds screws in place is a feature busy operators appreciate. Included is an 11-piece set of bits in different sizes to fit any screw head you need it for.

Features That Are Actually Useful 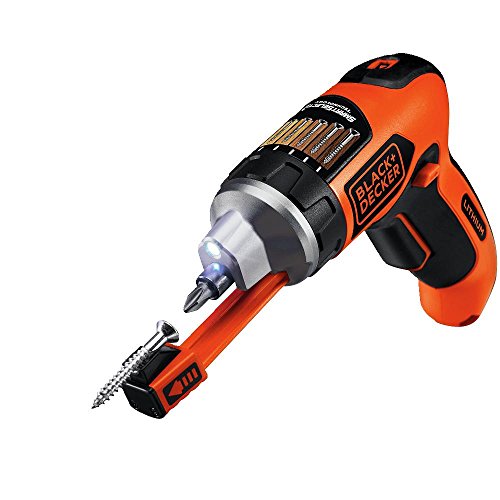 The LI4000 has a forward/reverse switch incorporated into its design with a very easy-to-read data screen.

Instead of cluttering up valuable work space, the charger for this screwdriver is wall mountable and comes with convenient storage for accessory bits. The L.E.D. takes the guesswork out by letting you know when its time to recharge the battery so your not caught without power.

Dependable Power Is A “Must Have”

Powered by a 3.6-V Lithium-Ion battery, you will never have to worry about having enough “juice” to finish the job. These type of batteries are rechargeable and the most efficient available on the market today or they wouldn’t be found in a B & D.

They hold a charge much longer than traditional batteries so even if it’s been sitting around for months, it will do its job when you pick it up to use it.

The charger included with this screwdriver is Energy-Star rated. The EPA and U.S. Department of Energy has some very strict guidelines regarding energy efficiency and the charging unit for B & D’s LI4000 meets them all.

Using chargers with the Energy Star rating has the potential to save over a billion kilowatt hours a year in the U.S. and as much as $100 million in related costs. This charger requires a standard 110 V to operate effectively.

Energy efficient chargers also help avoid the release of greenhouse gases into the environment. If they were the only chargers being used in America it would roughly equal 150,000 less cars on the road each year.

How Much Can Be Done Before Charging Is Necessary? 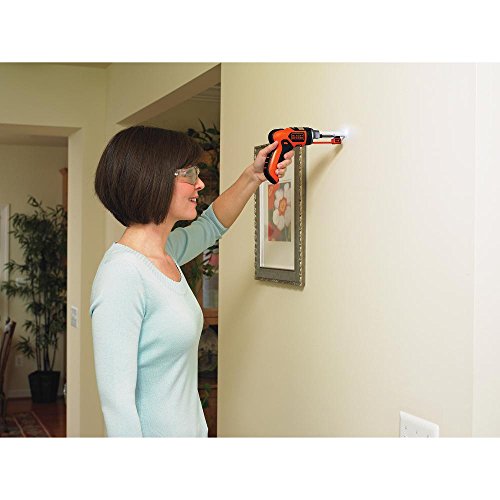 Approximately 100 screws can be put in place before power runs out. It takes about an hour to recharge to full. For major jobs, it’s a good idea to keep a second screwdriver so work doesn’t have to be interrupted.

This is an extremely efficient tool that will do its job when you need it to. Just keep it charged and it will be ready when you are.

When the time comes, ordering a replacement battery is not a problem online. Lithium batteries do have an exceptionally long life span but eventually, it won’t be able to take a charge.

The LI4000 must be partially disassembled (easily done) to install the new battery. Lithium batteries can be bought at most tool shops but if you have difficulty finding the right one, simply go online and order from Black & Decker directly.

The Re-Assurance of A Two-Year Warranty

A two-year warranty will allow you to use this screwdriver with confidence. It shows that B & D trusts their own product and isn’t afraid to back it up with a promise.

The LI4000 comes from one of the best lines of power tools on the Market, Black & Decker. You might find another brand with some of the same features, but it won’t have the quality craftsmanship this SmartSelect screw diver does.

One of the reasons I chose this one was its weight and compact design. A 1.9 pounds and barely 11.2 inches in length, it’s easier to operate and less tiring on wrist and hand joints. Whether you’re putting something together, or taking it apart, this is a good little tool to have around.