If power is what you seek, then that exactly is what you’re going to get—and loads of it. Putting a number to it, that’s 1,090 in. lbs. torque. Yes, you read it right. This isn’t the kind of tool to joke around with as it’s popularly known as one of the most powerful 18V drills available in the market. You’ll be surprised at how affordable it is for the kind of performance it provides.

There is, however, a catch. That amount only covers the bare tool itself without any batteries or accompanying accessories. This is reasonable for existing Makita users who own other drills in the LXT line. You can also opt to purchase tool kits that come with batteries and chargers.

Don’t be deceived though because the 5.0Ah packs a longer run time and regardless of the other accessories included in the 4.0Ah kit, it won’t completely make up for the benefit of having the stronger battery. However, if your other Makita LXT tools run on 4.0Ah batteries, these would be enough to power your XPH07Z. 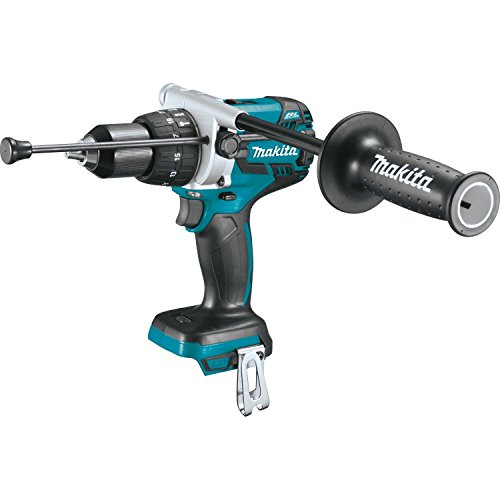 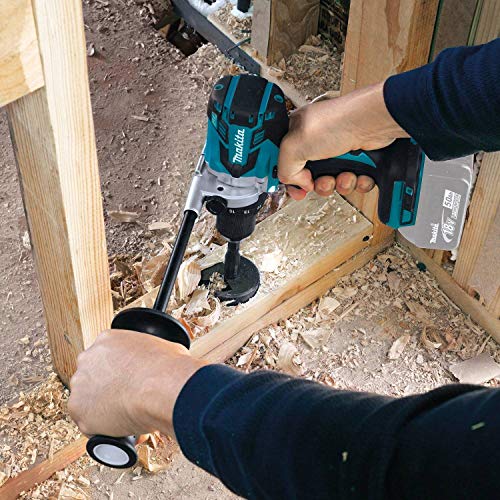 Battery life is one of the biggest considerations when buying a cordless driver. It is a good thing Makita created the Star Protection Computer Control technology which is used in developing the batteries that bear the star symbol. With it, the batteries communicate with the tool and monitor conditions that could lead to over-discharging, overloading and overheating.

Read More:  What Size is a Number 7 Drill Bit?

This particular feature shines bright as the tool itself because it enables the prevention of untoward malfunctions that could negatively impact the performance of both the battery and the hammer driver.

This 18-volt LXT and compact lithium-ion battery comes in many variants, but the XPH07Z uses either 4.0Ah or 5.0Ah. Both of them use the same Rapid Optimum Charger (DC18RC) which delivers a full charge in 36 minutes and 45 minutes to the 4.0Ah and 5.0Ah respectively.

Not only that, this specific charger has communicating capabilities as well which can monitor the voltage, current and temperature of the incoming electricity through a special built-in chip. This feature exists to optimize battery life and maximize its capacity.

Everyone wants smarter tools that have self-preservation qualities. Thankfully, this is what you get with this Makita-exclusive lithium-ion battery. You won’t chance on its features often. And though the batteries themselves don’t come with a fuel gauge, you can conveniently check its status right on the tool.

Added Value of a Brushless Motor 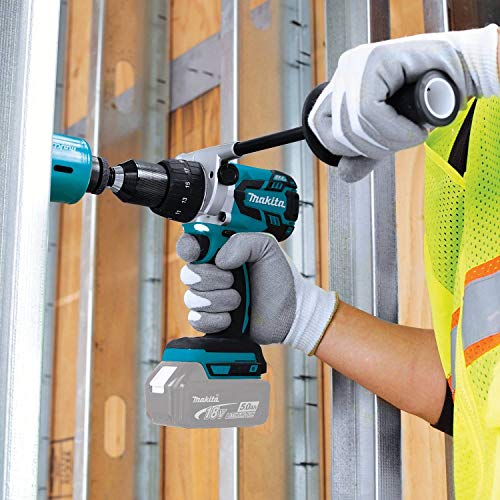 While brushless motors aren’t exactly new technology, they make your tools smarter by adding greater performance and durability. In fact, they’ve been around since the 60s and have recently resurfaced due to attention from large companies like Makita.

Brushless motors come without the commutator and the (you guessed it) brushes. This makes communication with the stationary windings more efficient and “smarter.” Because it easily detects the lack of resistance, it only draws a minimal amount of energy from the battery.

This kind of motor doesn’t experience the usual friction and voltage as a result of brushes dragging against the commutator and, in effect, doesn’t unnecessarily lose energy while operating. A brushed motor will, on the other hand, run as fast as it is designed.

Tools that come with brushless motors tend to be more expensive primarily because of the electronics needed to make it work seamlessly. Needless to say, this kind of equipment is better suited for professionals and those who aim to use this regularly. The needed batteries alone cost more than what an average DIYer would be willing to pay so this obviously isn’t a tool that beginners want to meddle with.

Not for the faint of heart or those once in a blue moon projects, the Makita XPH07Z was specially engineered as a workhorse tool, meaning it shines best when face with large, demanding tasks. I’m sure you’ve read about its 1,090 in. lbs. of torque which I’ve mentioned at the beginning.

To cover a wide range of hammer drilling applications, it comes with a two-speed, all metal variable transmission of 0-550 and 0-2,100 RPM. When faced with masonry work, it delivers a remarkable power of 0-31,500 BPM. Its electronically-controlled motor allows the drill to match the torque and rpm to how it demands to be used.

However, you may think that this feature will cause the tool to weigh heavier, but at just 5.9 lbs. you’ll know this to defy certain estimations. It also comes with an all metal ½-inch self-racheting chuck that provides for improved gripping strength and durability.

Comparison to the XPH012

You can consider this variant to be the opposite of the Makita XPH012 which was made specifically for smaller applications. And while this everyday LXT counterpart can work with concrete, steel, and wood, putting a bigger burden on it will eventually damage the product. The XPH012 can only deliver 480 in. lbs. of torque compared to XPH07Z’s 1,090. That’s more than a 50% difference in power. Both these tools use the same battery so it can be used interchangeably between models. 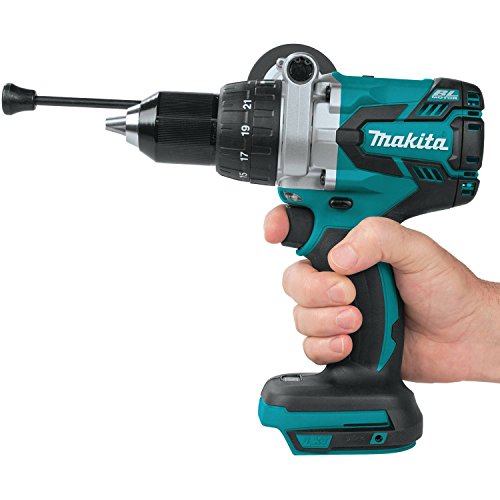 There’s no doubt that the XPH07Z is excellently ironic. It may be compact yet it delivers power like you wouldn’t believe, which is why you can’t blame those who are unfamiliar with this particular model for underestimating its capacity. Despite its weight and size, it’s more balanced than lightweight that even setting it on hammer mode doesn’t throw it off balance. If you commonly relate size with power, then better be aware that this tool will go above and beyond your expectations.