If you are looking for a professional grade too that is also compact, then look no further. The Porter-Cable PCCK607LB is the product for you. This particular item from Porter-Cable’s line of 20V MAX brushes tools is intended for the use of contractors.

The brushes motor can provide up to 50% more runtime. It also has a mode collar which will give you the ability to interchange between drilling and fastening modes without losing your clutch settings.

This is a professional grade power tool, so that means it will be a bit pricey. 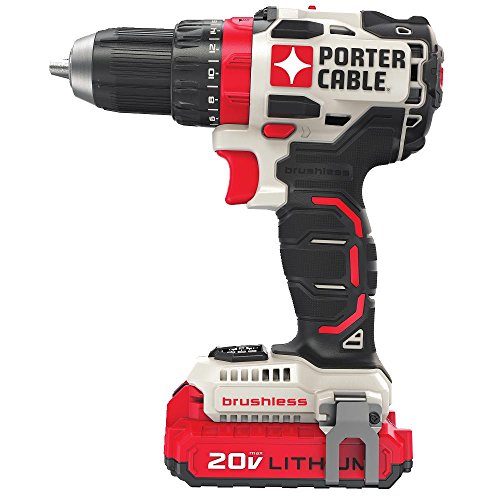 A Drill and Driver for the Entry-level Pro 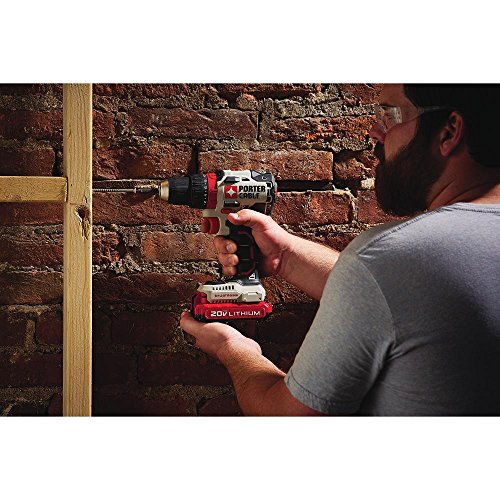 The Porter-Cable PCCK607LB has a no-load speed of 0-450 and 0-1800 revolutions per minute with a torque of 270 inches per pound and its maximum power is 370 max watts out. This design is intended for heavier applications which will only cause a minimal stall. The tool weighs 3.3 pounds with the battery and has a length of 7.4 inches.

According to its manufacturer specifications, the PCCK607LB has a ½ inch capacity for steel and a 1-inch capacity for wood. This can be achievable using the low-speed setting, so drilling smaller holes would be very plausible. The ½ inch ratcheting chuck is more reliable for bit retention and will fit bits that measure up to ½ inch in size.

A lot of users online who have been previous owners of the Porter-Cable PCC601 have been satisfied with the PCCK607LB. They say that it is a great upgrade for the power drill they previously had. Compared to the older modes, the PCCK607LB is smaller and lighter, which means it is a handier tool to use. It will be easier to reach tight spaces instead of using the bigger models that prove to be difficult to use in such cases. 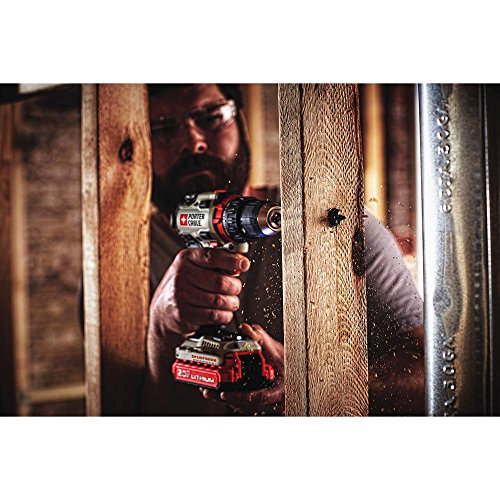 Brushless motors have been becoming a trend for power tools these days. But despite the increasing popularity, the innovation is not new at all. It has been around since the 1960s. It has been used for industrial and manufacturing applications for motors that drive conveyor belts.

A brushless motor does not have the brushes and the commutator like old brushed motors. Companies that manufacture brushless power tools claim that these are smarter tools because the tools adjust to the task that needs to be done. Meaning, that the power tool can adapt to how much power it will need to provide according to the resistance it senses when the tool is in use.

Battery That Packs a Punch

Lithium ion batteries simply have more power. They operate with less loss, weigh lighter, and have no memory effect. Being able to provide more energy, this means that power tools using this kind of battery technology can get more work done before the battery runs out. And the lighter weight of these batteries lessens the fatigue and stress on your hands that is usually caused by heavier tools.

Going for lithium-ion cordless power tools will save you the money and effort in regularly having to replace your low performing battery powered tools.

The Porter-Cable PCCK607LB comes with a belt clip. You have the option to mount it on the side of the tool you prefer, so whether you are a leftie or a righty, you will have no problems with where you will hang it on your tool belt.

The LED work light also comes in handy when you need to work on areas with insufficient lighting. It has been moved to a much better position, in the handle base where the battery level indicator is also located. This is a more convenient placement in comparison to older models that have their LED work lights placed below the chuck, which creates a shadow, therefore, limiting the amount of light that reaches the dark work surface.

The battery charge indicator is also very useful when you are always unsure whether you should charge the battery first before use or not. The LED light indicator will also make it easier for you to see the battery’s status in dark paces. So if you want to work continuously without interruptions, then you better check the indicator first to avoid stopping in the middle of your work.

So far, the PCCK607LB is proving to be worth its salt. Let’s take a look at it alongside another Porter-Cable drill: the PCC601LA. As newer models come, both drills use the same 20V lithium ion batteries and LED lights. However, they have noticeable differences in certain key aspects. Take, for example, the RPM speeds. Looking back, the PCCK607LB has impressive 0-450 and 0-1,800 options. The other only sports 0-350 and 1,500. Their Max Watt Outs also differ in favor of PCCK607LB’s 370 against 283.

The Porter-Cable PCCK607LB drill driver is a decent too to meet your professional DIY-ing and entry-level carpentry needs. It is compact and lightweight for a more comfortable grip. It has a battery that is powerful enough for a decent amount of runtime. Though it is not a top of the line made for heavy-duty tasks, it performs well enough for the average tradesman.