Dewalt drill has proven itself to be a leader in making durable and game-changing innovations. The Dewalt DCK290L2 combo kit is not an exception. It lends an extra hand to your basic home repair and simple construction needs. This well-rounded pair of tools aims to be of help regardless if you are a furniture maker, a plumber, a contractor or even a steel stud framer. Let us find out below if this is actually worth the investment.

Before anything else, the Dewalt DCK290L2 kit is a combination of a DCD985 ½-inch hammer drill and a DCF885 ¼-inch impact driver. Both are part of Dewalt’s 20V Max lineup. They are powered by 3.0 Ah lithium ion batteries and are designed to withstand daily wear and tear both at home or at work.

Included in your purchase are a DCD985 hammer drill, a DCF885 impact driver, two 20V Max 3.0 Ah lithium ion batteries, a 30-minute charger, a 360-degree side handle, a belt hook, and a contractor bag. 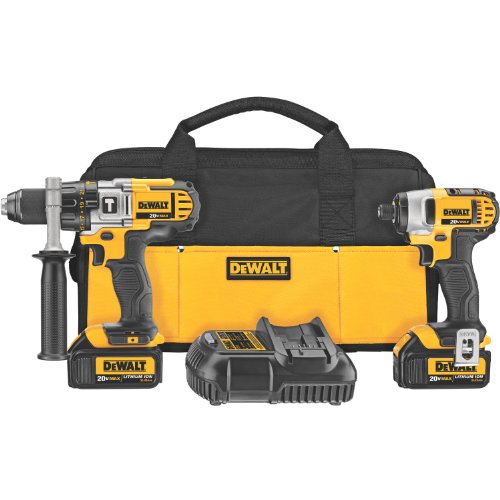 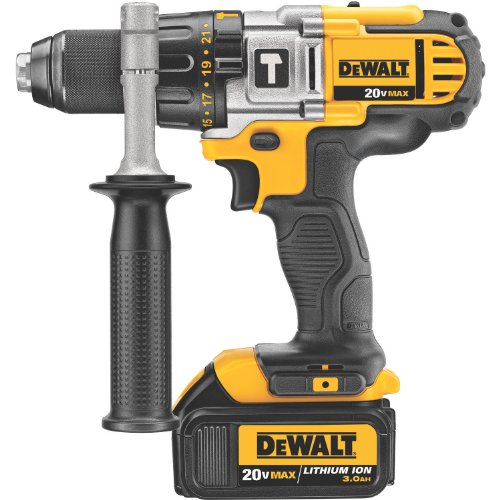 The DCK290L2 is one of the most powerful combo kits by Dewalt. As mentioned earlier, both the tools included belong in the company’s lineup of 20V Max lithium ion catalog. This means they come with better engineering design to accommodate everyday needs.

The two devices are incorporated with Dewalt’s newly designed electronics that help protect the tools and batteries from overcharging, overloading, and overheating. The battery charger included can charge 20V batteries as well as 12V batteries. Therefore, if you have 12V max tools from Dewalt, this charger can come in handy.

The DCD985 hammer drill can deliver up to a 4-inch hole saw when used on wood and 1-3/8-inch in metals, owing to its 535 UWO rating. It works excellently on light to moderate drilling applications.

In addition, it can work as a regular drill if you turn off its hammer function. The hammer drill also comes with a ½-inch ratcheting chuck for better and stronger gripping strength on bits. This is to prevent potential bit slippage, especially when working with high-end torque.

On the other hand, the DCF885 impact driver kit has a ¼-inch hex chuck spring-loads that can easily be changed. The chuck can also accommodate and grip through 1-inch bit tips. This makes this tool very versatile, especially when you need to fasten something in a confined space. 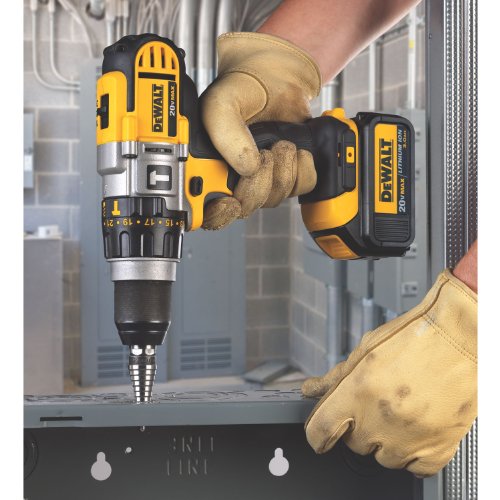 Both devices are equipped with LED lights. The DCD985 has a single LED light installed just below the chuck, while the DCF885 has three found on the chuck collar. The lights help illuminate dimly lit areas and confined workplaces. They will automatically turn on whenever you press the trigger. However, what I particularly like is its 20-second delay feature.

You will not appreciate how useful this added functionality is unless you have been in such situations that require additional lighting. I also appreciate the three LED lights surrounding the chuck as they cast less shadow on the work area. Built-in lights should be a basic in all handheld drills, and if you are just getting one now, you should add it to your list of major considerations.

Functional design for ease of use 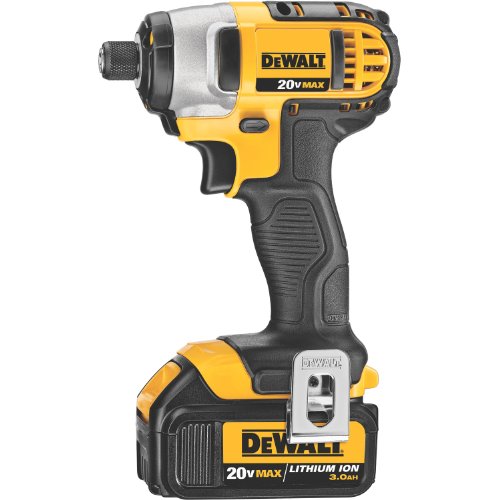 Both the DCD985 and DCF885 have been designed with comfort in mind. The DCF885 in particular measures only 5 ½ inches from front to back and weighs only 2.8 lbs. With this size, you will definitely not have a hard time working in cramped workplaces. It also has a non-slip over-molded handle, and all its rubber bumpers have been positioned strategically to prevent it from sliding when not in use. 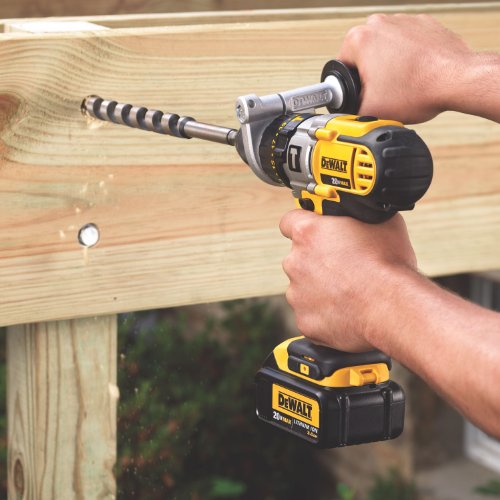 The DCD985 hammer drill boasts of an all-metal, three-speed transmission. It offers up to 575 RPM in low speed, 1,350 RPM in medium, and 2,000 RPM in high. Its variable speed trigger gives you control over picking whatever speed you think is suitable at the moment.

In the highest gear, it can deliver up to 34,000 BPM. This device has 22 clutch settings including the hammer drill function. It is surprising to note, but this tool is up to 30% faster compared with other cordless hammer drills in the market today.

The DCK211S2 Combo Kit is another compact kit by Dewalt. It consists of the DCD710 drill driver and the DCF815 impact driver. It is surprising how these tools are released at a time when second- and third-generation 12V tools are already out on the market. Just like the DCK290L2, this kit is designed to include tools that are lightweight and fit into tight, hard to reach places.

However, its Dewalt DCD710 drill driver can only deliver less power at 189 UWO. It also only comes with a two-speed transmission and a 15-position clutch. It has a keyless chuck that can accommodate up to 3/8-inch diameter.

One downside I noticed for this tool is that it does not have an over-limit switch. This would have been useful to cut the power to the motor in case the maximum operating threshold is reached, thereby preventing tool damage.

Meanwhile, the Dewalt DCF815 impact driver can handle light daily fastening applications. It also has a three LED lights that eliminate the shadows in the work area. Its power is found to be enough to drive 3 1/2 -inch deck screws and ¼-inch lag bolts.

The Dewalt DCK290L2 is a pretty good home and work toolkit. It was made with very good quality and coupled with energy-efficient batteries. Dewalt is already a trusted brand, and this kit will not disappoint.