First things first. If you are looking to purchase a plasma cutting machine, you have two options. You can either buy a brand-new machine or a used and refurbished machine. You will find refurbished plasma cutters with a variety of capacities and lengths from leading brands like Hypertherm, Hornet, and Messer. Refurbished machines provide the same quality as new machines, but they are less expensive to purchase.

Plasma cutting machines first emerged in the 1960s. They became more productive at cutting metal sheets and plates in the 1980s. The early machines were pretty slow and expensive. They were also very large. Therefore, they were mostly used for cutting repeated patterns in mass production. Things changed in the late 1980s with the introduction of Computer Numerical Control technology.

The CNC tech used in plasma cutting machines enabled the cutters to have greater flexibility for cutting different shapes. However, the machines were still limited to cutting parts and patterns from flat steel sheets with only two axes of movement. In recent years, manufacturers have created plasma cutting machines that have smaller nozzles and a thinner plasma arc, which has enabled high cutting precision. 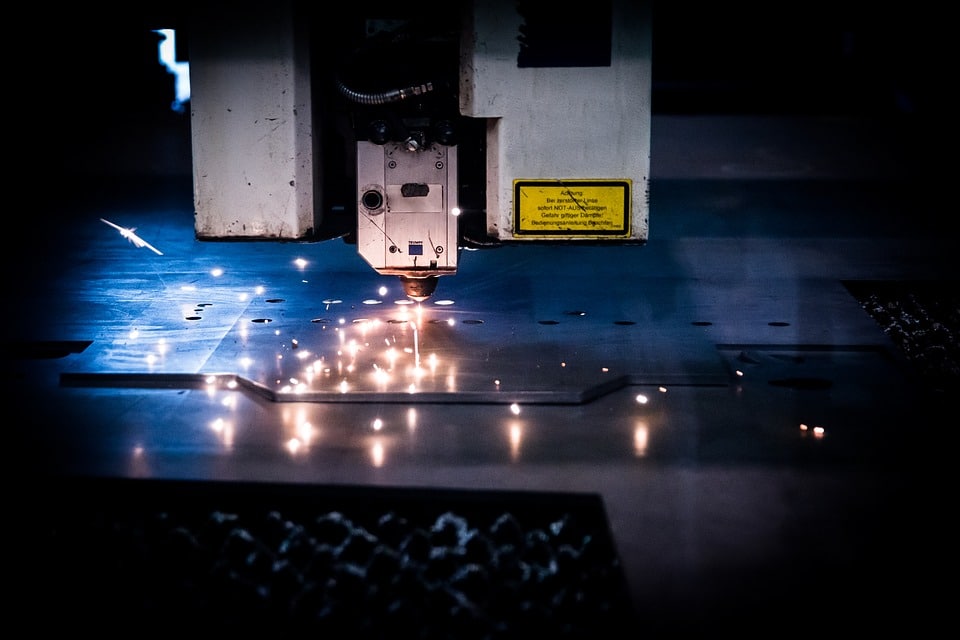 Basically, plasma cutting works by using a jet of very hot plasma to cut workpieces made of electrically conductive materials, such as aluminum, steel, stainless steel, copper, and brass. With a temperature of up to 30,000 °C, it is easy to see how powerful plasma cutting machines are.

The process involves creating an electrical channel of the superheated, electrically ionized plasma gas. It emits from the plasma cutting machine to the workpiece that requires cutting and then forms a circuit back to the plasma cutting machine via the earth terminal. The process is achieved by a compressed gas that is blown at high speed to the workpiece via a focused nozzle.

Within the gas, an arc forms between an electrode by the nozzle and the workpiece. The electric arc ionizes part of the gas and creates an electrically-conductive channel of plasma. As the current from the cutting tool flows through the plasma, it emits enough heat to melt the workpiece. At the same time, the hot molten metal is blown away by the compressed gas to separate the workpiece.

Mechanized plasma cutting machines are typically a lot larger than manual ones, and they are used with cutting tables. Large mechanized cutters can be integrated into a laser, punching, or robot cutting system.

What is the maximum thickness plasma cutting machines can handle?

Plasma cutting machines are used in many different industries for various purposes. They are used by welding repair centers and metal service centers and are used in industries like construction, commercial shipbuilding, agricultural maintenance, trailer production, and automotive repair and restoration. Because of plasma cutting’s precision and high speed, it is widely used from the largest of industrial companies to small hobby companies.

The Advantages and Disadvantages of Plasma Cutting

The disadvantages of plasma cutting include the following:

Whether you are a professional manufacturer or a hobbyist, the above information should make it clear that plasma cutting machines offer many advantages for cutting both thin and thick sheets and plates of metal. They provide high precision and quality finishes, and they can be less expensive than other metal cutting tools.