Both brands have been around for so long that they’ve already expanded into more than just electric repair companies. Currently, both companies are highly considered power tool innovators and producers that professionals and non-professionals alike trust and love.

That said, let’s take a look at two drill driver kits each made by these two companies side by side, so you’d be able to determine which one would be the ideal tool for your needs. 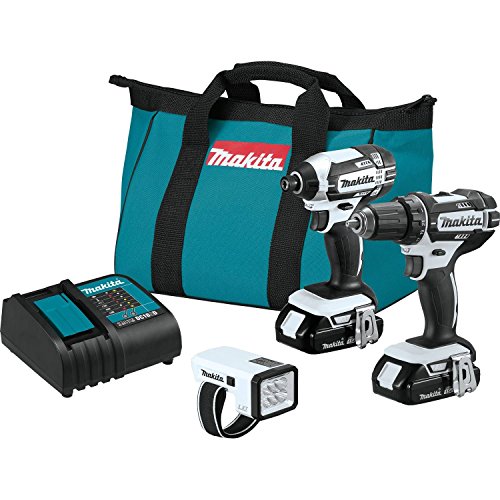 Established on March 21, 1915, Makita Corporation is presently based in Japan and has operational establishments in some of their major export markets including the United Kingdom, Romania, Mexico, Japan, China, Canada, and Brazil.

Motors were incredibly big during the past and require tremendous space in order to fit in at a certain space. The same thing was with Transformers until Makita began transforming them into more effective machines.

In April 1969, Makita introduced the famous prominent 6500D battery-powered drill, which was lightweight and fell under one of the most crucial cordless instruments to have been ever invented.

It wasn’t only the first cordless instrument for them but also the first rechargeable power tool to have ever been used, which implies that the lifespan of the tool was much longer compared to its predecessors and sturdy too.

This started the beginning of Makita’s success story after which they became more known and gained publicity. To justify the entire name and the prominence, they followed with newer and more innovative electrical instruments which shaped the world as it is today. Having had impressive potential from their initial years, Makita still continues to grow in its stature and competes only with the best.

Now this impact driver from Makita is engineered for the professional users who demand best-in-class li-ion cordless power tools for fastening, driving, and drilling in a compact size. The kit comes with a ½ inches driver drill and an impact driver.

It also comes with an LED flashlight, 2 fast-charging 18V LXT li-ion compact batteries, and a rapid optimum charger with 480 inches per pound of torque that weighs only 3.3 pounds.

In addition, it also comes with a versatile impact driver with 1,460 of torque that weighs only 2.8 pounds including the battery. It also includes a flashlight with 6 LED bulbs that gives 500 lumens brightness for portable illumination.

Furthermore, it is part of Makita’s expanding 18 volts li-ion system, which is the world’s largest cordless power tool system powered by 18 volts li-ion slide-style batteries. Makita 18 volts li-ion batteries have the fastest charge times in their class, thus they spend more time working and less time sitting on the charger.

For enhanced tool performance and extended battery life, Makita made Star Protection Computer Controls which is a communication technology that lets the Star Protection-equipped tool and battery exchange data in real-time and monitors conditions while in operation in order to protect against overheating, over-discharging, and overloading.

Also, for improved versatility, the impact driver can also be powered by Makita 18 volts LXT and compact li-ion batteries with the star symbol on the battery indicating Star Protection inside.

The Makita CT322W 18V LXT is a monster as it comes with both driver and hammer drill functions. With these, you can easily shift from driver mode to hammer drill mode and ensure perfection in performing both of these modes. It is definitely everything you’d want in a cordless drill. It hammer drills, screws, and drills, a range not many power tools can compete with.

Moreover, this impact driver utilizes a four-pole motor which is capable of providing 4800 inches per pound of optimal torque that lest you work on masonry and concrete.

It comes with 2-speed transmissions that give you low speeds of up to 400 RPM and high speeds of up to 1,500 revolutions per minute, exactly what every pro and DIYer needs for most of their drilling tasks.

Aside from that, this product is ergonomically designed to be compact and lightweight. It can fit in your hand like a glove and allows you to work on super tight spaces and overhead angles comfortably. You can even endure longer periods without the drill causing fatigue or strain on your wrist and arm.

Working with the Makita CT322W 18V LXT is made simpler and even more convenient with its built-in LED lights that keep your workstation well lit. It operates on a long-lasting 18 volts li-ion battery that can be recharged in just thirty minutes. Its lightweight also adds to its overall versatility. 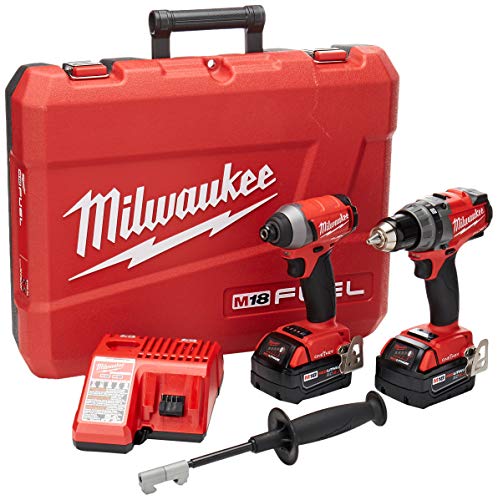 The Milwaukee was established by A.H. Peterson. He’s a young manufacturer of dyes and tools. Henry Ford was the founder of the famous Automobile Company; Ford had already gained the reputation that made him hugely popular.

One day, Ford came to Peterson and presented him with a challenge. The challenge was about creating a power drill for one of his projects. Earlier, power drills were quite big, cumbersome, and complex, and their operations or functions were not really as effective as it is nowadays.

When Peterson accepted the challenge and gave Ford the lightweight and portable power drill, Henry Ford was ecstatic and invested excessive enthusiasm about the tool and he immediately approved the drill which aided him in his projects to a fairly large extent.

Prominently known as the Hole-Shooter, this was a huge revolutionary threshold to one of the greatest tool-making manufacturers in the history of companies. Nevertheless, the happiness was short-lived as the entire corporation caught fire and was turned to ashes.

It was his colleague A.F. Siebert that purchased the company and decided to establish on the Hole-Shooter and named the company “Milwaukee Electric Tool Corporation”. From that point, they’ve worked industriously and consistently in giving the nation the best electric tools that are available in the market as of the moment.

Their impressive inventions that have helped people explore the boundaries of earth include the prominent portable electric hammer drill – particularly made for strenuous and tough naval missions and explorations, portable hand grinders, and electric sanders.

If you encountered a demanding task that requires to be done immediately and easily, then the Milwaukee 2796-22 M18 is probably what you need. It is incorporated with Milwaukee’s REDLINK Intelligence that protects your power tool and its battery from overheating. You also don’t need to worry about burning the motor for certain reasons.

This impact driver is made to last and perform under the toughest work settings. It utilizes a four-pole motor that can reach up to 500 inch per pound of torque. Its two-speed transmission provides low speeds of up to 400RPM and high ranges of up to 1,800 revolutions per minute. You can drill just about all sizes of screws into various kinds of materials.

Its ½ inch all-metal ratcheting chuck the tool and lets you get a tight grip on both round and hex shank bits. It’s compatible with a vast variety of accessories including wire brushes, hole saws, and sanding pads. You can also work in cramped spaces such as the insides of a drawer or cabinet as it comes with very lightweight.

In addition, it comes with built-in LED light which is very convenient to use for dimly lit workspaces and gives you illumination if you find yourself working at night. The tool has a metal gear case that is durable to withstand falls. Its handle has a comfortable design as well as non-slip texture that let you work bare-handed.

Whether you’re constructing a house or if you just want a power tool to take with you to your workplace, then the Makita CT322W 18V would be your best bet. Because of its hammer drill mode, it opens you up to work on more demanding tasks and projects.

On the other hand, for the main purposes of probably 90% of average DIYers and homeowners, the Milwaukee 2796-22 M18 is highly recommended as it can give its users more than enough features that are ideal for their variety of needs.

All in all, they’re both great tools that come with their own respective pros and cons. What you want to do is simply pick what’s best for your needs.