Professional contractors and woodworkers invest in 7 1/2 inch cord-free circular saws since their job sites will punish 5 1/2-inch circular saws made of plastic frames – the kind of beatdowns the bigger saws we’ll review in this article will weather.

Since quality is a requirement, we’ve zeroed in on the circular saws made by Makita and DeWalt  – two of the most renowned names in power tools.

The DeWalt DCS391P1 comes embellished with the spirit of innovation of its manufacturer. It’s just one of the fruits of the company’s tradition of making circular saws which started when the founder, Raymond DeWalt, invented the first circular saw attached to a radial arm.

Makita, a motor company founded in 1915, found success in making planers in 1958. They spilled this engineering success into other power tools like drills and circular saws.

Let’s see what each circular saw offers for us and our projects in terms of power, user-friendliness, precision, and value for money.

The manufacturers of the circular saws in this review engineered their products to take the beatings project sites will heave on them. We’ve handled both circular saws and based on testing, each saw will cater to a particular set of users.

The DeWalt DCS391P1 will see through the wood cutting needs of woodworkers with heavier job requirements. Its user-friendly frame and quiet operation make it suited for home woodworkers who want to take on bigger outside projects like patios or ranch fences.

Professional contractors who require a saw tool powerful enough to cut through concrete and metal will want to get their hands on the Makita 5007Mg. Its set of robust features make it ideal as a construction site companion. 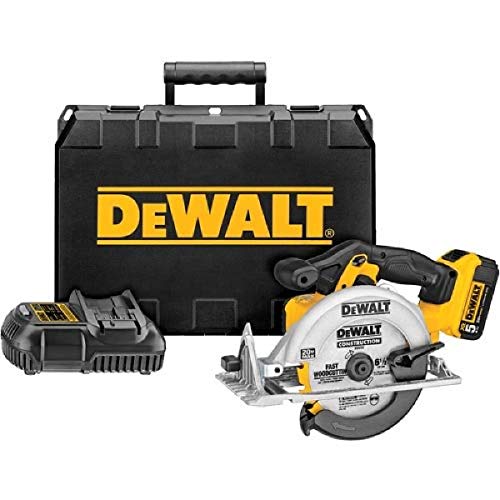 The rubber overmold grip fits the user’s hand perfectly providing a better overall feel and keeping the tool from slipping due to sweat buildup while working the saw. It also lessens the stress of holding the tool and reduces vibration as users guide it on the wood.

For a tool designed to take on bigger projects, the DeWalt DCS391P1 weights only 8.8 lbs – one of the lightest circular saws at its price point. This feature makes it a good circular saw for women woodworkers or elderly craftsmen. 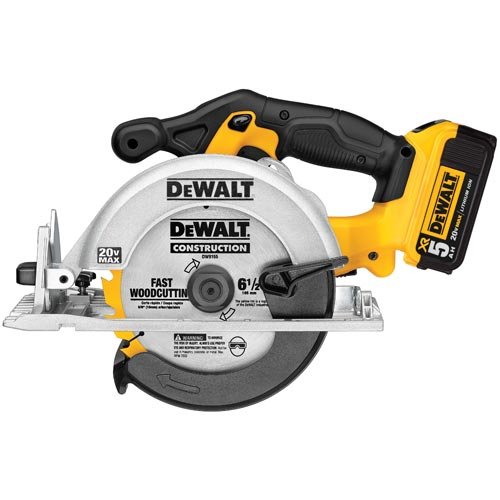 Many woodworkers find the cord-less feature of the DeWalt DCS391P1 a godsend. It allows users more mobility and to work securely without the thought of a cord tripping them or causing the saw to kickback if the cord suddenly snaps back.

The 5 amp battery DeWalt included with the DCS391P1 will power through a day’s intermittent use. Users who foresee working continuous use of the saw during an 8-hour shift will need spare batteries.

Users need to make sure they have both hands on the circular saw while working. 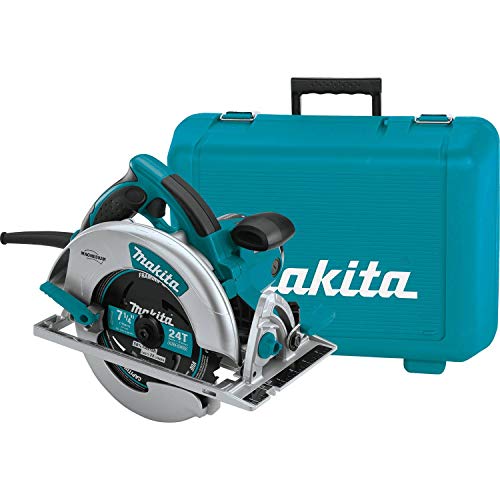 The Makita 5007Mg comes encased in magnesium that imbues the circular saw’s form factor with durability while staying light at 10 lbs. This magnesium shell armors the tool for better endurance against job site punishment.

The Makita 5007Mg comes with a 7 1/2 blade engineered with M shaped serrations to provide better-sliced cuts with fewer burrs. Each tooth boasts carbide tips that allow them to bite through tough surfaces like wooden surfaces peppered with nails. 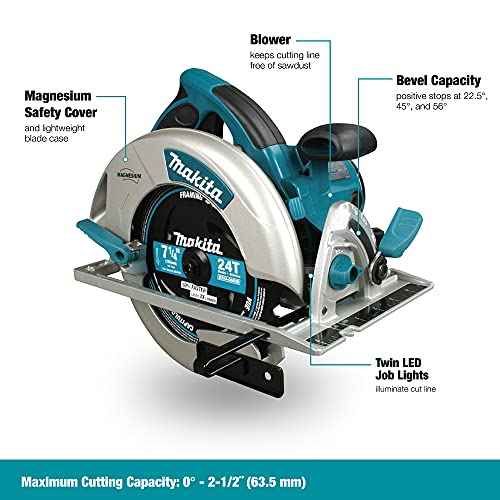 Two LED lights on the Makita 5007Mg’s main shoe serves as visual guides for the user for better tracking precision along the surface. A built-in dust blower in the front-facing side removes sawdust that will litter the surface and block lines.

Users only need to turn the wrench attached to the saw itself to replace and remove the saw blade. This makes it easy for users to switch between saw blades of varying teeth in order to refine their cuts on wooden surfaces or shift to special saw blades that bite through metal or concrete.

Make a circular saw guide rail or buy one for better accuracy and ease of use.

Although the DCS391P1 comes encased in DeWalt’s recognizable black and yellow over-molded design, we prefer the Makita 5007Mg’s tougher casing despite it being 2 pounds heavier than its rival. The Makita 5007Mg’s magnesium shell may endure the hammers and bumps of the construction site better.

Makita also provided more precision-enhancing features to the 5007Mg than DeWalt did for their DCS391P1. The 5007Mg comes with two LED lights that guide tracking on project surfaces. Looking at the base, the 5007Mg also has stops for quick beveling adjustments in case the user needs to suddenly make 45-degree cuts for joints.

The Makita 5007Mg revs up to 5,800 RPMs, that’s 575 more than the DeWalt DCS391P1.  This extra power allows the circular saw to cut through harder material faster than its DeWalt counterpart.

Since the Makita 5007Mg is also cheaper than the DeWalt DCS391PT, it’s easy to see why buyers gravitate towards the Japanese branded product.

If we put the two tools side by side, it’s hard to judge what’s better between the two since both have great features to offer.

The DeWalt DCS391PT is lighter and well-balanced; it will serve buyers who want to do home renovation projects or additions that increase the value of their properties.

On the other hand, contractors who need to perform light cutting work can invest in the Makita 5007Mg. It won’t bog down or fail them while they’re on site.

Both circular saws will cut through materials with precision. It’s just a matter of choosing the right saw for your work environment and project.